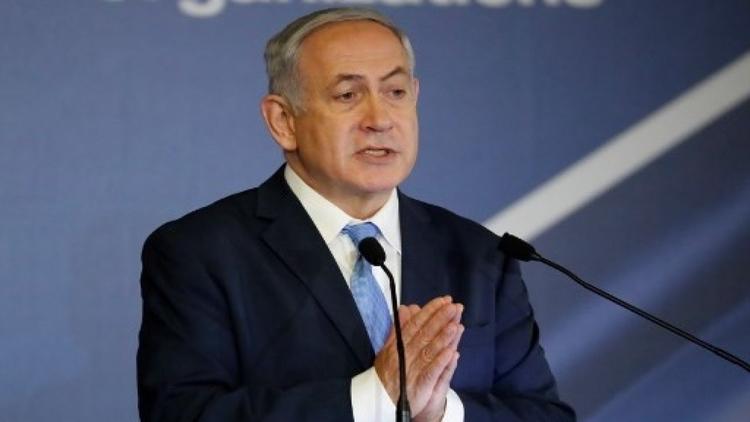 Israel’s Prime Minister Benjamin Netanyahu is today being questioned for the 12th time over two cases of corruption.

Today’s questioning is related to two cases dubbed Case 1000 and Case 2000 respectively. In Case 1000, Netanyahu stands accused of accepting lavish gifts from two influential businessmen in return for favourable legislation and personal favours. In Case 2000, Netanyahu is being investigated for promising Arnon Mozes – the owner of Israeli newspaper Yedioth Aronoth – that he would curtail the circulation of Israel Hayom, Mozes’ main competitor publication, in return for favourable coverage of him and his policies.

Early this morning, investigators from the Israeli police’s Lahav 433 – an anti-fraud unit similar to the US’ FBI – arrived at Netanyahu’s official residence in Jerusalem. Numerous protesters gathered outside the residence with a banner bearing Netanyahu’s face and the words “crime minister”, Ynet reported.

Though Netanyahu has been questioned regarding these two cases on numerous occasions, today marks the first time since his former confidant Nir Hefetz agreed to assist the Israeli police with their investigations, Haaretz reported. Hefetz also provided evidence to be used in Case 4000, another investigation in which Netanyahu allegedly provided regulatory benefits to Shaul Elovitch, the owner of telecom giant Bezeq, in return for favourable coverage on Elovitch’s Walla news site.

Haaretz added that, though the three cases in question were formerly being conducted as separate investigations, earlier this year Israel’s Attorney General Avichai Mendelblit decided to unite the three probes “in light of similarities between the cases, […] mutual witnesses and overlapping timelines.”

Today’s questioning is expected to be the last time the prime minister will be questioned regarding cases 1000 and 2000. The Israeli police have already recommended that Netanyahu be indicted for bribery, but this recommendation will not necessarily translate into a conviction or an end to his term in office. Case 4000 remains outstanding.

Allegations of corruption have plagued not only Netanyahu himself but also his wife Sara and son Yair. In August it was revealed that both Sara and Yair were also being investigated for bribery in connection with Case 4000, with the pair thought to have acted as Netanyahu’s emissaries to Shaul Elovitch. If the allegations are found to be true both could be indicted for bribery even though they are not public officials.

In June, Sara Netanyahu was indicted for fraudulently obtaining more than $100,000 for hundreds of meals supplied by restaurants to the PM’s official residence, bypassing regulations prohibiting the practice if a cook is employed. She was charged with fraud, breach of trust and aggravated fraudulent receipt of goods, according to the indictment released by Israel’s Justice Ministry. If convicted, she could face up to five years in prison.

Benjamin Netanyahu is not the first Israeli prime minister to be accused of corruption. Ehud Olmert, who served from 2006 to 2009, was implicated in a string of corruption investigations before an indictment was served against him in 2009. The indictment included counts of fraud, breach of trust, falsifying corporate documents and tax evasion. Several other convictions followed before Olmert finally began serving his prison sentence in 2016 and was released in July 2017.

i24 News: “Police Grill Netanyahu for 12th Time in Probes”