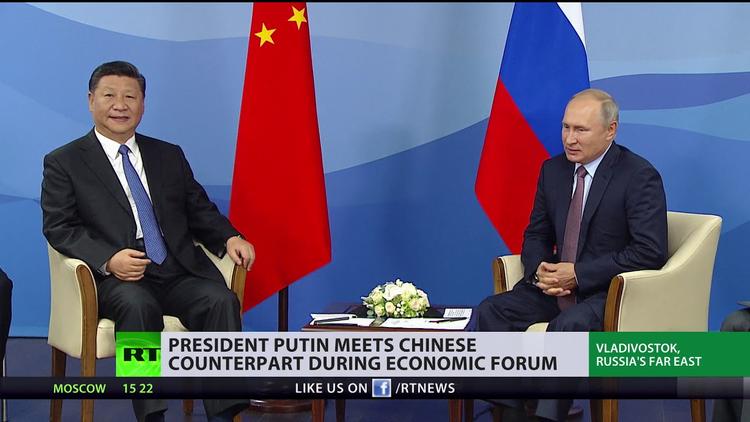 (TeleSur) – “It seems to me that our American partners make a colossal strategic mistake,” Putin said, adding that it is a “typical mistake of any empire.”

Russian President Vladimir Putin gave a speech on the Russian Energy Week, on Wednesday, saying that his Washington counterparts are making a “typical” and “colossal” mistake, referring to the sanctions imposed to countries around the world which have threatened the dollar dominance.

RELATED:
China Gov’t Says It Seeks to Protect World From US ‘Bullying’

“It seems to me that our American partners make a colossal strategic mistake,” Putin said, adding that it is a “typical mistake of any empire.” Russia, and other countries, recently have been trying to reduce the use of U.S. dollars in their economies and as a transaction tool.

For President Putin, the U.S. sanctions imposed on different countries worldwide “undermine the credibility of the dollar as a universal and the only reserve currency today.” The sanctions are pushing countries to the de-dollarization of their economies, as Russia has been trying to do since sanctions were imposed.

“People think that nothing will happen, everything is so powerful, everything is so strong and stable, there will be no negative consequences. But, no, they come sooner or later,” Putin said, emphasizing that “they really are taking a saw to the branch they are sitting on.”

The U.S. government, led by Donald Trump, has been imposing economic and trade sanctions to different countries, including but not limited to Venezuela, Iran, China and Russia. On Wednesday, the World Court ordered the U.S. to ease on sanctions. Teheran argued that the sanctions imposed violated the terms of the 1955 Treaty of Amity between both countries.

The sanctions imposed by the U.S. government are causing damage to the countries to which they are imposed, but also causing a lot of “collateral” economic damage to other countries.

RT: “Next step in ditching US dollar? Putin and Xi Jinping meet in Eastern Economic Forum”