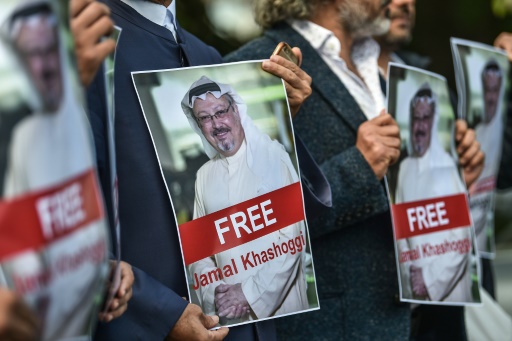 “Based on their initial findings, the police believe that the journalist was killed by a team especially sent to Istanbul and who left the same day,” the official told AFP.

The news came hours after police confirmed that around 15 Saudis, including officials, arrived in Istanbul on two flights on Tuesday and were at the consulate at the same time as the journalist.

Khashoggi, a Washington Post contributor, “did not come back out” of the building, police had told the state-run Anadolu news agency.

On the back of this preliminary investigation, Ankara announced Saturday it had opened an official probe into the journalist’s disappearance.

A former government adviser who has been critical of some policies of Saudi Crown Prince Mohammed bin Salman and Riyadh’s intervention in the war in Yemen, Khashoggi has lived in self-imposed exile in the United States since last year to avoid possible arrest.

The Saudi crown prince earlier denied in an interview with Bloomberg that the journalist had been inside the consulate and said Turkish authorities could search the building.

“We are ready to welcome the Turkish government to go and search our premises,” he said. The consulate is Saudi sovereign territory.

He added that “we will allow them to enter and search and do whatever they want to do… We have nothing to hide”, in the interview published Friday.

Reacting to the news of his alleged murder, Khashoggi’s Turkish fiancee, Hatice Cengiz, said she “did not believe he has been killed”.

According to Cengiz, Khashoggi had visited the consulate to receive an official document for his marriage.

Khashoggi, who turns 60 on October 13, fled the country in September 2017, months after Prince Mohammed was appointed heir to the throne and amid a campaign that saw dozens of dissidents arrested, including intellectuals and Islamic preachers.

The journalist said he had been banned from writing in the pan-Arab daily Al-Hayat, owned by Saudi prince Khaled bin Sultan al-Saud, over his defence of the Muslim Brotherhood which Riyadh has blacklisted as a terrorist organisation.

Khashoggi has also criticised Saudi Arabia’s role in Yemen, where Riyadh leads a military coalition fighting alongside the government in its war with Iran-backed rebels.

Featured Photo: AFP / OZAN KOSE. Jamal Khashoggi, a contributor for the Washington Post, has not been seen since entering the Saudi consulate on October 2.