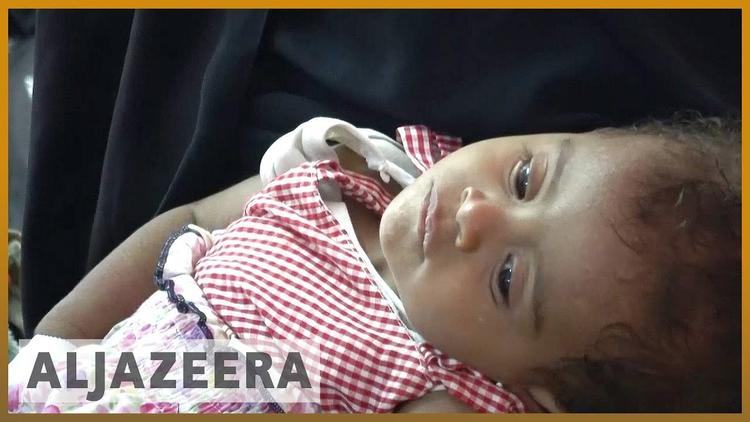 A study by an independent conflict research group estimates the death toll is 56,000 people, not including those who have died due to the man-made famine.

A study by the Armed Conflict Location and Event Data Project (ACLED) has revealed that the death toll in Yemen is five times higher than previously thought.

According to the study, 56,000 people rather than the 10,000 often reported have been killed in the war led by Saudi Arabia and the United Arab Emirates with the support of the United States, France, and the United Kingdom.

“We estimate the number killed to be 56,000 civilians and combatants between January 2016 and October 2018,” Andrea Carboni, who researches Yemen for ACLED, told The Independent. ACLED has been able to tally the number of casualties by drawing mostly on the Yemeni press after carefully assessing the source’s credibility. Where figures differ, the group relies on lower estimates.

The figure of 56,000 excludes the victims of the man-made famine caused by Saudi Arabia’s inhumane blockade of Yemen’s ports and persons killed between the start of the Saudi-led intervention in March 2015 and December 2015. The study’s final findings are expected to be published in January or February 2019.

Earlier this week Oxfam said a civilian is being killed every three hours in Yemen. Between August 1 and October 15, it registered 575 civilian casualties, including 136 children. On Thursday, one Saudi airstrike on a market near the port city of Hodeida killed at least 21 civilians, according to United Nations Humanitarian Coordinator for Yemen, Lise Grande.

Despite the vast devastation caused by the war in Yemen the U.S., the U.K., and France have refused to heed repeated calls for an arms embargo against Saudi Arabia.

The scandalous murder of journalist Jamal Khashoggi at the Saudi consulate in Istambul on October 2 has, however, gained significant attention leading German Chancellor Angela Merkel to announced an end to arms sales to Saudi Arabia Sunday. Merkel also urged other western allies to the same.

This call has been answered or has been met with condemnation.

The U.K. has licensed around US$6.4 billion worth of arms to Saudi Arabia since the Yemen war began in March 2015, including billions in bombs, missiles, and aircraft. On Friday, members of the European Parliament issued a call for an E.U.-wide arms embargo in a vote the U.K.’s Tory-led refused to participate in.

The resolution called on member states on the European Council “to reach a common position in order to impose an EU-wide arms embargo on Saudi Arabia.” The final resolution criticizing Saudi Arabia was passed 325 votes to 1.

“Given the clear evidence that arms could be used to commit serious violations in Yemen, all arms-supplying states must suspend arms transfers to Saudi Arabia and its coalition members,” Covadonga de la Campa, interim director of the Amnesty International EU office, said.

On Wednesday, almost two dozen U.S. members of Congress introduced a bill that would suspend future arms sales to Saudi Arabia in response to the death of journalist Jamal Khashoggi. Previous legislative attempts to halt U.S. arms to Saudi Arabia have failed in the past.

“Last year, the Senate narrowly voted to support a US$510 million sale of precision-guided munitions to Riyadh, defeating a resolution to block the sale in a 53-to-47 vote (and) in 2016, the House voted 216-to-204 against blocking the transfer of U.S.-made cluster bombs,” Middle East Eye reports.