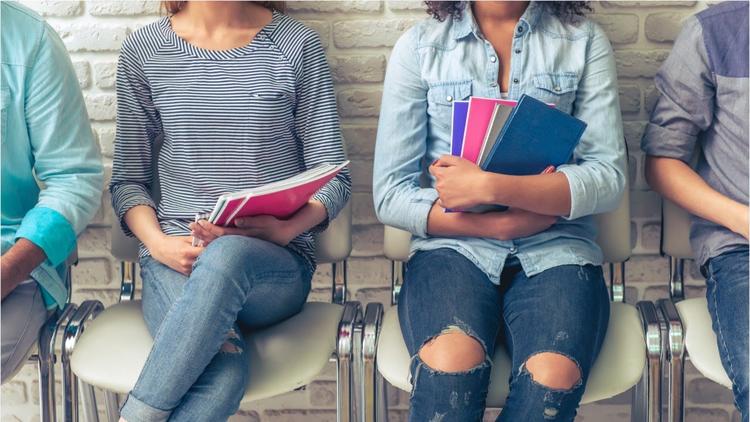 Ann Arbor (Informed Comment) – The “Open Doors” annual report of the Institute for International Education on the surface seems to contain good news. There are slightly more foreign students studying at American universities than last year, i.e. slightly over a million.

This is good news because foreign students at US universities bring in $42 billion a year and generate 450,000 jobs. .

The rate of growth, however, slowed by 6.6 percent, after having fallen 3% last year, as well. And students in interviews blame the decline in enthusiasm on Trump’s visa ban and his flip-flopping on visa policy.

Imagine you were a prospective foreign student. You can come to the United States for your higher education. But remember what happened to Iranian students. They had paid a lot of money to begin their MAs or Ph.D.s. And then all of a sudden Trump banned them, and many who were out of the country were not allowed back in. They had to start all over, with substantial losses, somewhere else.

Nearly 60% of foreign students are paying for everything with their family’s money.

Or imagine if you are parents abroad and you see the rise of hate groups like the one that marched in Charlottesville (a college town). You don’t want your child beaten up in America. So you send him to the UK or Canada.

Trump’s hatefulness doesn’t explain all of the decrease in the growth rate of placing foreign students at US universities. Tuitions are rising and new education providers are burgeoning. There is more competition.

But the hate lurks in the background, according to interviews with the students, and it creates anxiety.

Imagine if you are from a middle class family in Mexico City and you had wanted to go to college in the US. But you hear Trump calling Mexicans rapists and drug dealers, and you read by attacks on Latinos in the US. So you go elsewhere.

And it isn’t just Mexicans, but anyone who thinks they might be mistaken for a Mexican. Latin America and the Caribbean provide 15% of the foreign students studying in the US.

Students doing college in the US go back to their own countries and often amount to something and counter anti-American propaganda with their own experiences.

Others settle in the United States and become our engineers or scientists or inventors or entrepreneurs.

Chasing these potential leaders and entrepreneurs away is a huge error that will have horrible downstream consequences for American society.

Universities can also be badly hurt. Some of them have turned to the tuition of foreign students as a significant income. If that is gone, they might be too.

Wochit News: “Number Of Foreign Exchange Students Coming To The US Declines”