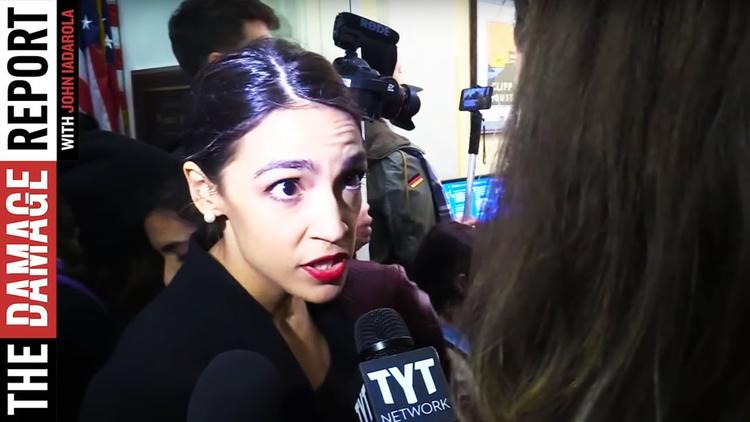 Veteran Congressman and Civil Rights icon John Lewis (D-GA) has joined the Green New Deal proposed by the Sunrise Movement and endorsed by newly elected Congresswoman Alexandria Ocasio-Cortez (D-NY). Here is a video of his remarks, among them that the people “have a right to know what we are breathing.”

THANK YOU for your support, Rep. It means everything to know politicians like you have our back in the fight to protect our planet. pic.twitter.com/6HcXr8RLx2

The Green New Deal argues precisely that the Climate Crisis disproportionately punishes working people, and that therefore decarbonization is an intrinsically progressive platform.

That John Lewis, whose skull Alabama police fractured when they beat him on the Edmund Pettus Bridge in Selma, Alabama in 1965, has signed onto the program suggests the increasing appeal of climate action to rights activists.

Workers will bear the brunt of the climate emergency. Working people will be harmed and displaced by the more-intense hurricanes caused by warm water in the Caribbean and along the Atlantic and Pacific coasts. Puerto Rico’s workers have already been hit, big time. Sea level rise will harm fishermen and harm coral and other sea life that has been right up to the present a mainstay for food production. Over time, half of marine life species will be killed by the extra acid that the oceans make when they absorb the carbon dioxide in the air. Already, millions of people around the world are being displaced by climate change and by the droughts and cyclones that it intensifies (10% to 20% of the extra intensity of these disasters today is owing to people putting more and more greenhouse gases like CO2 into the atmosphere. Carbon dioxide is a heat-trapping gas that does not allow the heat striking the earth’s surface from the sun to radiate back into space. Instead, the heat is trapped on earth in a greenhouse effect.

Newly elected Rashid Tlaib, whose background is in public health, has spoken about environmental degredation in the Detroit area and what it has done to her constituents.

Thank you to the 9 members of Congress and the dozens of organizations now supporting our #GreenNewDeal resolution with @Ocasio2018 & @justicedems!

Join our call tomorrow at 2pm ET to get plugged in to this growing movement: https://t.co/FiqvAVSjuN. pic.twitter.com/zSJ1utdsRY

The Green New Deal is a push to have the incoming Democratic majority in the House foreground moving the US to 100% green energy, in electricity, transportation and agriculture among other sectors. Mark Z. Jacobson at Stanford and his colleagues have drawn roadmaps to 100% green energy for the US and all fifty states.

It matters for the health of the planet and for the billions of human beings and more billions of animals of other species. But increasingly no social justice will be remotely possible without action on carbon and methane emissions.