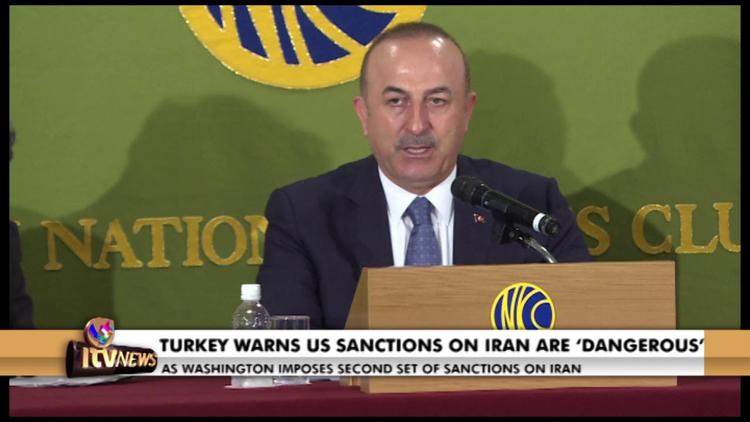 Turkish President, Recep Tayyip Erdogan said Tuesday that his country rejects the US sanctions on Iran and will not abide by them, Anadolu news agency reported.

“US sanctions on Iran are wrong. For us, they are steps aimed at unbalancing the world; we don’t want to live in an imperialist world” Erdogan told reporters in Ankara.

The Turkish president stressed that “the sanctions on Iran are contrary to international law and diplomacy”.

Earlier in the day, Turkish Foreign Minister, Mouloud Gawishoglu said the United States re-imposition of the sanctions on Iran is futile.

According to the minister, cornering Iran is not a smart option, but rather a serious choice.

The Turkish comments come a day after Washington re-imposed a new package of sanctions on Iran that targets the republic’s oil and banking sectors.

Eight countries including Turkey are Japan are exempted from the sanctions and allowed to continue buying Iranian oil.

ITV News: “TURKEY WARNS US SANCTIONS ON IRAN ARE ‘DANGEROUS’”