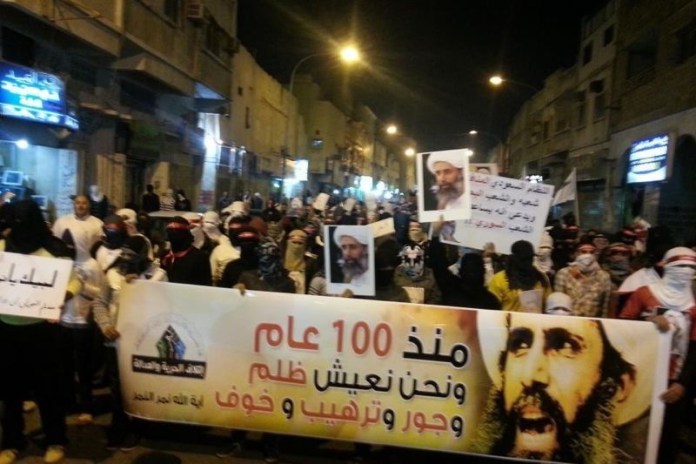 The murder of dissident Saudi journalist Jamal Khashoggi has backfired on the Saudi royal family by focusing new attention on its vicious war on Yemen.

The last few weeks have seen startling new reports on civilian atrocities and growing support for a House of Representative resolution invoking the War Powers Act to stop the war. Rep. Ro Khanna (D-San Jose) now has 73 cosponsors for a resolution that would stop US participation in the Yemen slaughter.

The Khashoggi murder has fundamentally shifted opinions on Capitol Hill about US-Saudi relations, Rep. Khanna told me in a phone interview. He likened it to one partner in a marriage having an affair.

“The marriage may last but it will never be the same,” he said. “It’s opened people’s eyes.”

Murder expressly in the Orient

On October 2, the Saudi regime, headed by Mohammad bin Salman, murdered opposition journalist Jamal Khashoggi in Istanbul. Saudi officials had a premeditated plan to kill Khashoggi, dress a Saudi operative in his clothes and then have him walk around the city to leave the impression he was still alive.

In reality, Khashoggi was brutally murdered and dismembered with a bone saw, according to Turkish government sources. While tens of thousands of Yemenis have died as a result of the Saudi invasion of Yemen, it took the death of one man to focus world attention on Saudi atrocities.

Partially in response to the Khashoggi scandal, US Secretary of Defense James Mattis called for all sides in the Yemen War to begin UN-sponsored peace talks within 30 days. But Secretary of State Mike Pompeo demanded that the Houthi movement, which is fighting Saudi Arabia, begin the ceasefire first. Past United States calls for ceasefires and peace talks went nowhere because the Trump administration is determined not to disrupt relations with Saudi Arabia.

Every tax-deductible donation during our fundraising drive goes toward our goal. Become a 48 Hills Hero and support the only daily progressive news source in the Bay Area.

The Trump administration provides intelligence to the Saudi military fighting in Yemen and helps refuel its fighter jets. The United States currently has dozens of soldiers deployed in Yemen, ostensibly to combat terrorism. Earlier this year the New York Timesrevealed that about a dozen Green Beret commandos were stationed in Saudi Arabia along the Yemen border to train the Saudi military in interdicting Houthi missile attacks.

As I’ve reported previously, the Trump administration could end the war within days. US technicians fuel and maintain Saudi fighter planes manufactured by Boeing. Trump could order the technicians to stop work, as provided in the Boeing contract.

“If the United States stopped fueling the planes, the war would end,” noted Khanna.

Who’s fighting and why?

Saudi Arabia and the United Arab Emirates (UAE) invaded Yemen in 2015 claiming to support the legitimate government of Yemen’s Abd-Rabbu Mansour Hadi. In reality, Hadi was installed by the United States after an Arab Spring uprising and today acts as a Saudi puppet. He lives in Saudi Arabia, not Yemen.

The Houthis, a conservative political Islamic movement, control the northern part of Yemen. Iran supports but does not control the Houthis. The Houthis havekilled civilians by firing artillery indiscriminately into Yemeni cities and launching rockets into southern Saudi Arabia, according to Human Rights Watch.

But the Saudi/UAE coalition is responsible for far more death and destruction. In an online interview from the Yemeni capital Sanaa, radio reporter Ali Alshahari told me coalition planes have destroyed massive amounts of infrastructure and caused the deaths of tens of thousands. The two occupying powers have blocked access to the country’s ports, which stops even humanitarian aid such as food and medicine.

“The people here are suffering from malnutrition due to the imposed blockade,” Alshahari said. “This is a catastrophe.”

The United States, UK and France provide the deadly munitions responsible for civilian deaths. Lockheed-Martin sold the guided missiles to Saudi Arabia that caused the deaths of 40 children and 11 adults in the infamous August attack on a school bus.

Most of the mainstream media say some 10,000 Yemenis have died in the war, but that figure comes from a two-year-old UN estimate. The Armed Conflict Location and Event Data Project(ACLED), a research institution funded in part by the US State Department, indicates that from 2016 to the present, some 56,000 Yemeni civilians and combatants have died. The total since the beginning of the war will likely be 70-80,000, according to a ACLED spokesperson.

A new report by the World Peace Foundation shows that the Royal Saudi Air Force intentionally attacks food storage facilities. Report author and Tufts Professor Martha Mundy explained, “There is strong evidence that Coalition strategy has aimed to destroy food production and distribution in the areas under the control of Sanaa.”

Obama and now Trump have supported the Yemen occupation to defend US so-called national interests, part of the larger fight against Iran. The United States accuses Iran of seeking to militarily dominate the region from Lebanon, through Syria, Iraq, Bahrain and Yemen.

My — how the kettle calls the pot black. The United States has dominated the Middle East in the post-World-War II era and seeks to maintain its power in an alliance with Saudi Arabia, Egypt and Israel. It has massive military bases in Bahrain and Qatar

The US Navy keeps the sea lanes open for US and allied oil corporations. And, by sheer coincidence, oil and munitions companies make billions of dollars in profits.

Funny how “national interests” are of great interest to the rich but not to the nation.

The Saudis had predicted a quick victory in Yemen but are now bogged down in a never-ending war that costs at least $5-6 billion a month. Fallout from the Khashoggi murder has made the war even more problematic.

Neither Obama nor Trump ever formally declared war in Yemen, and the fighting there has nothing to do with combating terrorism. Even the Republican-dominated House in November 2017 voted by a whopping 366-30 margin to stop United States participation in the Yemen war. In March a similar measure failed in the Senate by a vote of only 55-44.

If the Democrats win the House, and particularly the Senate, they could put tremendous pressure on Trump to reverse his disastrous Mideast policies.

Rep. Khanna emphasized that his War Powers Act measure has significance beyond the Yemen war. “The bill is a reassertion of Congress’s role in foreign policy,” he said. “It’s a reorientation of US policy away from interventionism.”

Featured Photo: “The Arab Spring spread through Saudi Arabia and continued for years in the mostly Shia Muslim, eastern part of the country. When the current Crown Prince Muhammed bin Salman came to power, he escalated the war in Yemen and cracked down on dissent at home.
Photo by Reese Erlich.