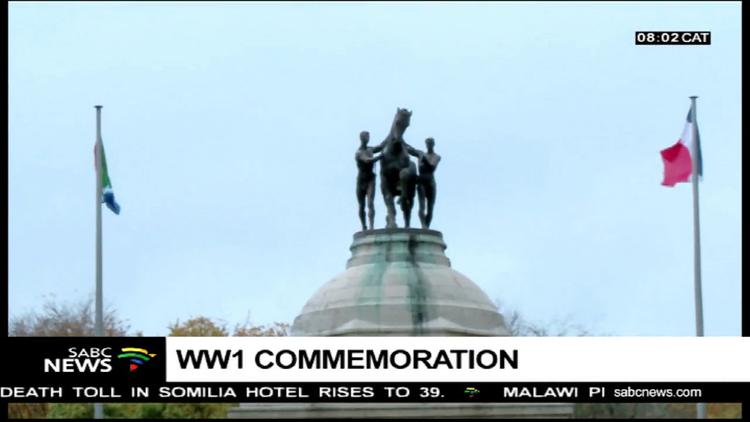 Trump is in Paris to commemorate the end of World War I, about which he knows almost nothing.

The outbreak of that war in 1914 took many contemporaries by surprise. That it would last four years, when leaders promised a quick victory, was a another shock. That advanced machine guns and artillery would make mincemeat of formidable infantry and armor, killing some 11 million persons, was the biggest surprise of all. The casualty counts for the major battles are mind-boggling– nearly a quarter of a million dead and perhaps 700,000 wounded at Verdun alone, which was fought through 1916 in northeastern France.

We should draw the lesson that we should never credit politicians who promise us a short, glorious war. George W. Bush stood under a sign that said “mission accomplished” in 2003 after the invasion of Iraq. Some 6,000 US troops are still in that country today, and ISIL, contrary to what Trump keeps saying, is not yet entirely defeated. As for glorious, surely you jest.

Another lesson is that small out of the way places can impel a war and should not be underestimated. Serbian nationalism and the attack by a Serbian nationalist on a high Austrian official, Grand Duke Ferdinand, helped provoke the war. Germany was aware that Russia backed the Serbs, and the Austro-Hungarian Empire rejected Serbian nationalism.

Germany could see a war coming, in which Russia would lash out at the Austro-Hungarian Empire. Germany was allied with Austria against Russia. Russia might well be able to count on its close diplomatic ally France. Since Austria-Germany was clearly going to war, willy nilly, against Russia-France, Berlin thought it wise to neutralize France first with an invasion. The easy way was to go through Belgium, but Britain had warned that Belgium is a British sphere of influence. When German armies ignored London and invaded France through Belgium, the British felt obliged to come in on the side of France. (Though to be fair, letters of the British king at that time show he was eager to take on his cousin the Kaiser).

Just as Serbia set events in chain then, so too could Iran today. Trump and Pompeo have spoken of crushing Iran. But Russia and China don’t want Iran to be erased. Neither do Syria (pro-Iran) or Iraq, which even Trump gave a waiver because trade with Iran is crucial to its future.

Technological innnovations lengthened the war and made it dangerous. In Iraq, the US faced roadside bombs, which killed or wounded thousands.

War hasn’t been abolished, and the rise of hyper-nationalism in Hungary, Poland, India, Brazil and Russia and the US makes the world more dangerous and potentially deadly.

Trump’s own American nationalism is destabilizing for the world. Let’s hope he doesn’t stumble, in Yemen, Iran, or in East Asia, into a debilitating and fruitless war.