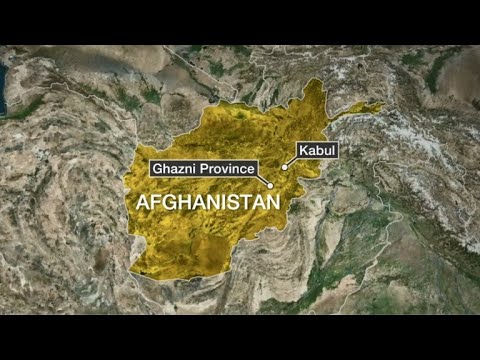 Ann Arbor (Informed Comment) – In an interview with The Washington Post on Tuesday, Trump bruited the notion of removing US troops from the Middle East. He said that Israel and oil were the only reasons the US was in the region and that oil no longer justified the US military presence. The Post reported:

“Trump also floated the idea of removing U.S. troops from the Middle East, citing the lower price of oil as a reason to withdraw.

“Now, are we going to stay in that part of the world? One reason to is Israel,” Trump said. “Oil is becoming less and less of a reason because we’re producing more oil now than we’ve ever produced. So, you know, all of a sudden it gets to a point where you don’t have to stay there.”

Trump also called the killing of three U.S. troops in a roadside explosion in Afghanistan this week “very sad.” He said he was continuing the military presence in Afghanistan only because “experts” told him the United States needed to keep fighting there.”

As usual, Trump doesn’t have the slightest idea what he is talking about. There is no oil in Afghanistan and the US presence there has nothing to do with Israel. You can hold that the US military presence in that country is counter-productive or at least not doing much good. But you can’t explain it in either of those ways.

Why the US government does things is opaque. One time a Congressman asked me, “Professor Cole, why are we in Iraq?” I was taken aback. I’m just a Midwestern college professor. He was the Federal government. He should have known why we were in Iraq. But apparently Bush never told the Congress (which is supposed to declare war) why he was doing what he was doing.

My guess is that once the Taliban were overthrown in 2001-2002, Dick Cheney and Donald Rumsfeld wanted to keep troops in Afghanistan in the long term as a means of forestalling any reemergence of Russia as a great power. Rumsfeld also pursued bases in Uzbekistan. Cheney as an oil man was close to Kazakhstan. They had been Cold Warriors and the Soviet Union had been a peer power that was now on its knees. They wanted to keep it that way. What they didn’t realize was that Pushtun Afghans are allergic to foreign troops in their country, and the very US and NATO presence cause a resurgence of the Taliban militants.

Trump’s Leninist theories of imperialism as being about the dominance of markets and resources don’t apply to the US presence in Afghanistan, which is one of the poorest countries in the world and has no resources to speak of. The 1990s hopes of a gas pipeline from Turkmenistan through Afghanistan to Pakistan and India were vague and never taken very seriously by government as opposed to Big Oil, and anyway were pie in the sky (pipelines are easily blown up, especially gas pipelines).

It could also be a matter of mission creep or just cowardice. The US was attacked from Afghanistan in 2001, and if you got out completely and Muslim radicals reestablished training bases there and attacked the US from them again, whoever pulled out would be toast politically. Safer to keep 14,000 US troops there forever to intervene if Kabul looked likely to fall. Or maybe the Pentagon wants leverage on Pakistan and India and Iran. I don’t know. I do know it is likely about geopolitics or fears of terrorism. Israel and oil don’t come into it.

You could make a case that both Israel and oil played a role in the thinking of the Bush administration in invading Iraq in the first place. That is, the Neoconservatives, like Douglas Feith (#3 at the Pentagon) and Paul Wolfowitz (#2) saw Saddam Hussein in Iraq as a warmed over Stalinist who threatened US and Israeli security and propped up anti-American and anti-Israel forces. Breaking Baathist Iraq’s legs would protect the interests of both countries and perhaps end the influence of Arab socialism in the region. And then Bush and Cheney likely wanted to get Iraq’s oil back on the market, feeling that only a new government in Baghdad could convince Congress to take sanctions off of Iraq and let the oil flow. (It is flowing now). But that was a long time ago, in 2003.

Barack Obama also wanted to get out of the Middle East militarily, but got pulled back in by the rise of ISIL/ Daesh. In 2014, Baghdad itself was threatened. The some 6,000 US troops still in Iraq are there to help the Baghdad government guard against a resurgence of ISIL. By the way, the oil in Iraq is in the Kurdish areas in the north and around Shiite Basra, neither of which fell to ISIL, though the US Air Force made sure that didn’t happen to Kurdistan. Although the rise of ISIL in Syria could have been a security threat to Israel, the members of that group were far too timid to take on a country that could really make mincemeat of them. The US was so little worried about that eventuality that then Secretary of State John Kerry admitted that the US saw ISIL grow up in Raqqa but did nothing about it because they hoped it would put pressure on the Bashar al-Assad government. The Obama administration for some reason wanted al-Assad gone, but they weren’t willing to sink really major resources into making that happen and so never countered Iran and Russia, which wanted to prop up al-Assad. The Israelis were divided, with some supporting Bashar and others hoping for a liberal revolution in Damascus. Syria was only pumping 400,000 barrels a day of oil, which is a pittance, and petroleum was not a factor in the US intervention there, which was all about destroying ISIL.

There are aspects of US military involvement in the Middle East that have to do with oil. The US Fifth Fleet is headquartered in Manama, Bahrain, to make sure oil comes out of the Gulf. But Trump is wrong that the presence is no longer required because of US fracking and increase in domestic production. The US uses 20 million barrels a day and produces the equivalent of 11 mn b/d, so it still imports a hefty 9 million barrels a day, more than most countries. (The world production is 100 mn barrels per day). Moreover, as a superpower, the US wants to guarantee petroleum to allies like Japan and Germany, lest they become vulnerable to China and Russia, respectively.

Anyway, here is what Trump could do to get the US out of the Middle East militarily if he really wanted to:

1. Introduce a crash program to support electric cars and buses, fueled by renewables, in the US. Within 15 years we would need no oil imports at all and could mothball dirty fossil fuels. The Fifth Fleet could leave Bahrain.

2. Restore the 2015 nuclear deal with Iran and work with Iran to keep ISIL out of Syria and Iraq. (ISIL is militant Salafi, and hates Shiites; Iran is as afraid of the phony ‘caliphate’ as the US and Europe are). Trump had wanted to turn Syria security over to Russia, and it is not too late.

3. I am baffled on what to do about Afghanistan. Standing up a new government and army there hasn’t worked, and the Taliban now have at least 40% of the country despite billions of dollars spent on Kabul.

But one thing is sure: Going on doing what we have been doing there since the first decade of this century isn’t working and a major rethink is necessary.

But aside from Afghanistan, the rest of the Middle East can increasingly just take care of itself if Washington would let it. And so can Israel, which has the best equipped and best trained military in the region with the possible exception of Turkey.

Trump can get out if he wants to. He can’t be over-ruled by the Washington Establishment. That he doesn’t do it is owing not to lack of capacity but to cowardice. He doesn’t want to take the fall if he does it and something goes wrong. So he kicks the can down the road and blames other people, including, apparently, the Israelis, who aren’t actually in the picture.