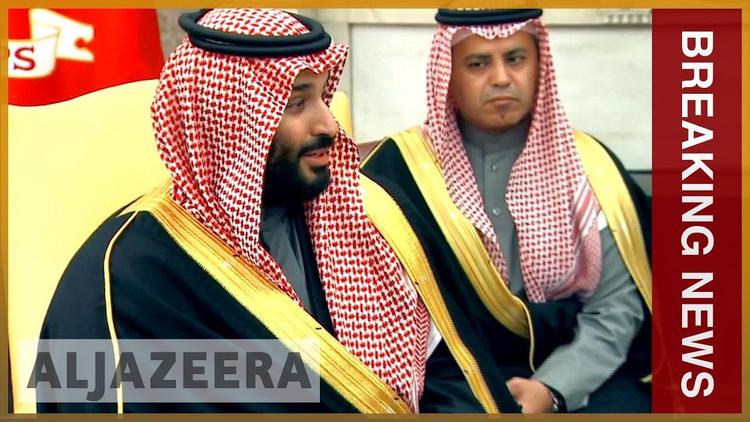 The other shoe has dropped in the scandal of the assassination of dissident Saudi journalist Jamal Khashoggi at the Saudi consulate in Istanbul, which was almost certainly ordered by crown prince Mohammed Bin Salman. Ironically enough, the shoe dropped with a thud in Turkey itself.

Columnist Abdulkadir Selvi at the Hürriyet [Liberty] newspaper alleges that when CIA director Gina Haspel visited Ankara last month, she revealed to Turkish authorities that the CIA has a recording of Mohammed Bin Salman and his brother Khalid discussing how inconvenient Khashoggi had become and the need to do something about him.

” that the two Saudi officials are heard in the CIA recording discussing the “discomfort” created by Khashoggi’s public criticism of the kingdom’s administration.”

Turkey has somewhat strained relations with the Trump administration, but it is a NATO ally and Haspel would have been used to sharing intelligence with officials in Ankara. It seems a little extraordinary, however, for her to have described this tidbit to the Turks, since it could possibly endanger sources and methods. Her remarks, if she made them, also skate close to involving the CIA in geopolitics, since Turkey under President Tayyip Erdogan has been campaigning for the removal of Mohammed Bin Salman as crown prince and she will have given Ankara further support in this plan.

It is further extraordinary for Turkish officials to leak to the Turkish press details of Gina Haspel’s remarks (if they are accurately reported).

This leak would appear to be part of Erdogan’s campaign against the crown prince. The two have very different visions of the Middle East. Erdogan came to power by having been repeatedly elected by the rural Turkish business elite that wants to combine parliamentary politics and a rule of law with pro-Muslim political rhetoric (Turkey’s high politics had previously been militantly secular, a la France). Erdogan supported the elected Muslim Brotherhood government in Egypt, which was overthrown in 2013 by a coup by the Egyptian officer corps, who were egged on by Mohammed Bin Salman. The Saudis for their part are deathly afraid of any sort of democracy in the region and are worried to the point of conspiracy theories about the popularity among the Arab masses of “republican” political Islam as embodied by the Muslim Brotherhood and Erdogan.

Khashoggi had for most of his career been a regime loyalist close to the Saudi royal family. But he was interested in political Islam, and after he went into self-imposed political exile in 2015, he was unfairly viewed by Riyadh as a Muslim Brotherhood agent.

Trump has declined to accept evidence implicating the crown prince in the murder and has signalled that Saudi business deals and Saudi help against Iran are more important than the murder of a US resident with American children who wrote regularly for the Washington Post.