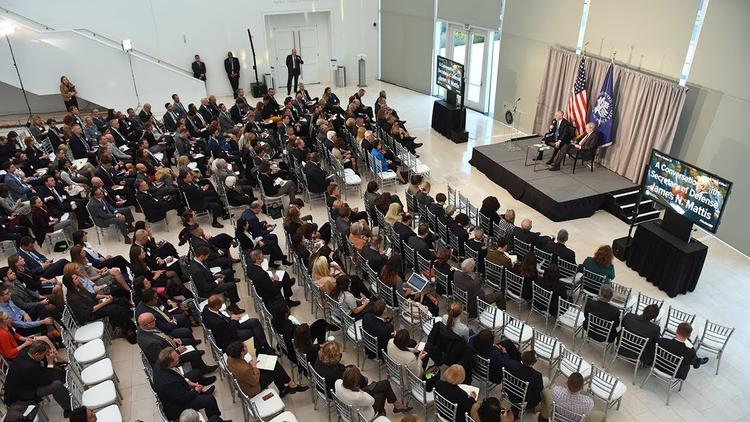 Ann Arbor (Informed Comment) – Secretary of Defense James Mattis and Secretary of State Mike Pompeo have abruptly called for an end to the Saudi-backed quagmire in Yemen, after years of backing the war over alleged Iranian involvement.

Speaking at the Congressionally mandated US Institute for Peace on Tuesday, Mattis said according to the BBC that Washington had been watching the Yemen war “for long enough.” He added, “We have got to move towards a peace effort here, and we can’t say we are going to do it sometime in the future. We need to be doing this in the next 30 days.” He said all sides should to meet with UN special envoy Martin Griffiths in Sweden.

Mr Mattis added that all sides should meet UN special envoy Martin Griffiths in Sweden in November and “come to a solution.”

Pompeo asked the Houthi government of north Yemen to cease its rocket attacks on Saudi Arabia and urged the Saudis to stop bombing populated areas from the air.

Pompeo said, “It is time to end this conflict, replace conflict with compromise, and allow the Yemeni people to heal through peace and reconstruction . . .”

How to explain this American initiative on Yemen? Well, it is very murky and unexpected but here are some considerations that may have led to this Trump admin. about-face:

1. The murder of dissident journalist Jamal Khashoggi in the Istanbul Saudi consulate on Oct. 2 has much weakened the Saudi government, so that the US and France and others may now see this moment as a prime one for pressuring Riyadh.

2. The UN is now warning of an enormous die-off in Yemen of millions of people if the war continues at its present pace. No administration wants that sort of catastrophe to come about on its watch, more especially if it is itself partially responsible for the starvation.

3. There could be a massive refugee exodus across the Red Sea and up to Europe. France is also pressuring Riyadh to end the war.

4. The administration may anticipate losing the House of Representatives to the Democrats next Tuesday. Prominent Dems have already introduced resolutions for the US to get out of Yemen. This congressional pressure is likely to be much strengthened if the Dems are in a position to launch investigations and subpoena officials.

5. The Khashoggi murder made the Saudis abruptly disliked by even the Republican rank and file, and the administration may fear that their being joined at the hips with Riyadh may play poorly in the upcoming midterms.

6. US intelligence may have finally gotten through to Mattis and Pompeo that the Houthis are an indigenous protest movement and not actually very tied to Iran, which practices a different form of Shiism and has other regional priorities.

But to tell you the truth, I find this sudden coordinated maneuver on Yemen among the Trump high officials to be a little baffling and there may be more factors driving it than are apparent on the surface. One thing is certain, they aren’t doing it for their health.

US Institute of Peace: “Secretary Mattis on the Need for a Cease-Fire in Yemen”