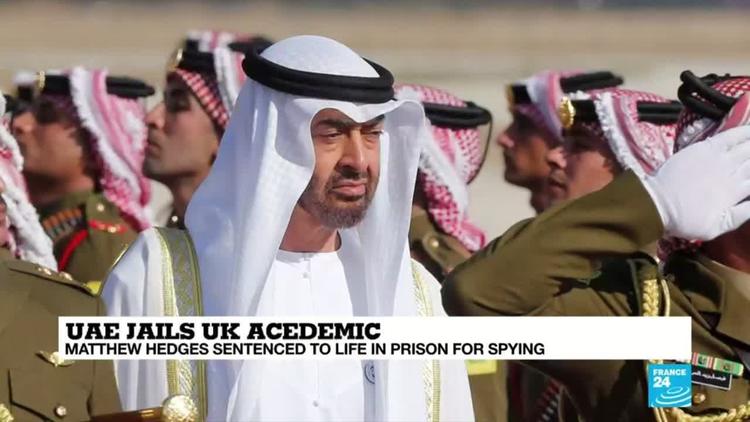 In what seems to be the first sign of a nationwide backlash against the UAE’s decision to sentence a British PhD student to life, staff at Birmingham University have voted to boycott their campuses in the Emirates.

The motion, passed yesterday, will mean that lecturers based in Birmingham will refuse to teach in Dubai and will not provide the campus with any academic support, such as course materials and marking exams.

James Brackley, the president of the Birmingham branch of the University and College Union (UCU), has called on the university to defer signing a £100 million contract with the Emirates. According to the Guardian, the deal will see Birmingham University building a new campus in Dubai with Telcom, a subsidiary of Dubai Holding, which is majority owned by the emirate’s ruler, Sheikh Mohammed Bin Rashid Al Maktoum. This would increase the number of students to 4,500.

Yesterday, a UAE court sentenced British academic Matthew Hedges to life in prison on charges of spying for the British government. The Emirates’ handling of the case has triggered a diplomatic row with the UK, which has been a longtime ally.

The news of Hedge’s conviction was met with shock in the UK. While politicians denounced the UAE, several academic institutions have decided to end their ties with campuses in the Emirates until the issue is resolved.

Staff at Exeter University are also reported to be discussing suspending the university’s academic relationship with the UAE until the situation with Hedges is resolved. The university runs a Dubai-based education doctorate and will hold a vote later this afternoon, the BBC reported.

Durham University is reported to be advising a moratorium on non-UAE staff and student travel to the UAE.

The UAE appears to have responded to the backlash against Hedge’s conviction by considering a clemency plea. The nation’s Ambassador to the UK, Sulaiman Almazroui, revealed an appeal had been made and expressed hope that an “amicable solution” could be reached.