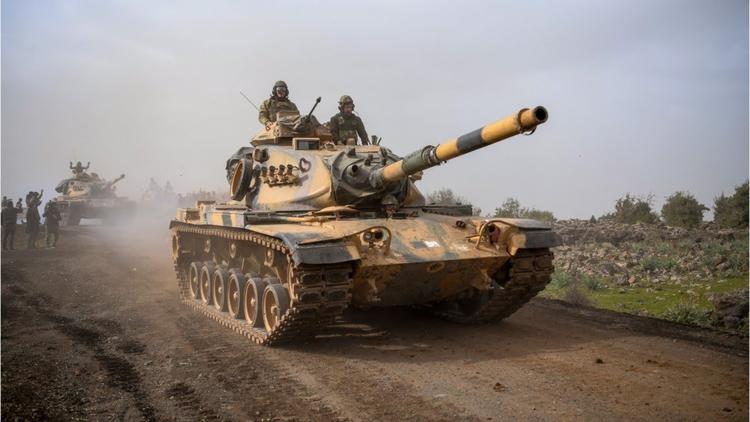 Anton Lavrov, a military analyst, writes in the pro-Putin Russian newspaper Izvestia that the withdrawal of US troops from northeast Syria will mainly affect the fate of the Kurds (via BBC Monitoring).

He notes that the US has provided the YPG with armored vehicles and antitank missiles and a great deal of ammunition. These medium armaments, he says, were useful in defeating the ISIL ‘caliphate,’ but won’t be enough to fend off the Turkish army or the Syrian Arab Army once the US is out.

He argues that for the past year, the fight against the largely defeated ISIL has become a sideshow to the main event, which was US and coalition protection for their Kurdish YPG allies from the Turkish army on the one hand and the Syrian Arab Army on the other. Both have mounted exploratory expeditions toward YPG Kurdish territory in the past twelve months, but have been dissuaded by the US. In the case of Turkey, the US and France positioned troops in the way of a Turkish offensive. In the case of the Syrian Army, the US at Tanf in the southeast used air power to block a Syrian advance.

In his view, the primary effect of a US withdrawal will not be to allow a resurgence of ISIL, which he thinks is now a mere terrorist group that will require some years finally to roll up. Rather, the US withdrawal sets up a potential clash between the al-Assad regime and the Kurds on the one hand, and between the Kurds and Turkey on the other.

The same source says that the newspaper Vedomosti argued earlier this week that the US withdrawal positions Russia to mediate among the Kurds, the Syrian regime and Turkey, increasing Moscow’s reach in Syria.

Reuters Arabic is reporting that the Kurdish YPG forces, fearful now that the US is pulling out, are sending signals to Damascus that they will accept a Syrian army role in patrolling the Syrian-Turkish borders and are seeking Russian support against any threatened Turkish invasion east of the Euphrates.

Turkey views the Kurdish Democratic Union Party in Syria and its People’s Protection Units (YPG) militia as indistinguishable from the Kurdistan Workers Party (PKK) guerrillas, which have been branded terrorists by both Turkey and the US. The Pentagon does not view the YPG in the same light, however, but the Pentagon is getting out of Syria so that its views will soon be irrelevant.

The Kurdish leadership most of all fears a repeat in Kobane and the Jazira of the Turkish invasion of Afrin last February, which expelled the YPG fighters and involved substantial ethnic cleansing of the Kurdish population.

Turkey says it is poised for just such an operation, in conjunction with jihadi Syrian rebels who say they view the leftist, secular-minded Kurds as “atheists” and “infidels.”

The Kurds now appear to be pinning their hopes on the establishment of a buffer zone between them and Turkey, to be established by the Syrian Arab Army. For Damascus to control the border areas could assuage Turkish fears that the YPG will conduct terrorist strikes over the border into Turkish territory against Turkish police or military in support of the PKK (which is now large based in the Qandil mountains of Iraq).

And, the Kurds hope they can convince Russia to lend them a security umbrella against Turkey, playing on Russia’s desire to see Syria reunified under a single government and Russian dislike of Turkish intervention.

Leading Kurdish politician Aldar Khalil told Reuters that a Kurdish delegation went to Moscow a week ago, and another will head out soon, in hopes of pressuring Russia to “fulfill its leadership responsibilities.”