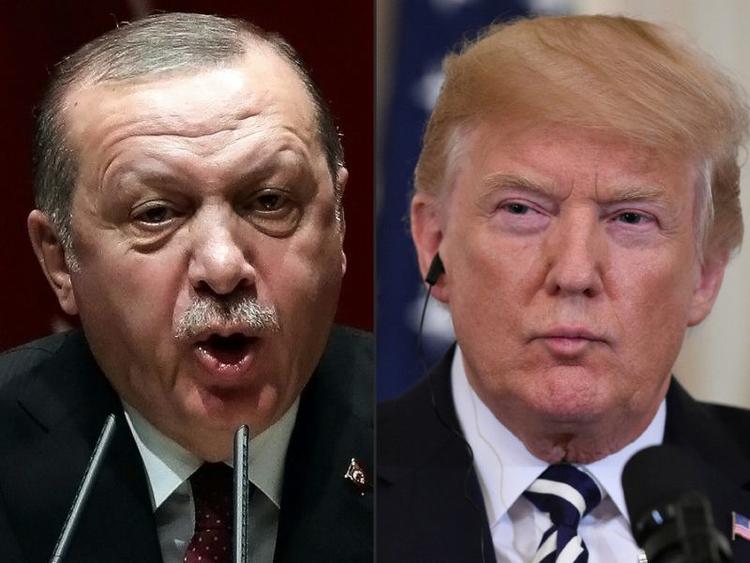 (With Ezzedine Said in Istanbul)

US President Donald Trump (right) spoke with his Turkish counterpart Recep Tayyip Erdogan days before the US leader’s surprise announcement of a pullout of 2,000 troops from Syria

Months after hitting rock bottom, relations between the United States and Turkey have quickly improved with President Donald Trump’s decision to withdraw from Syria raising speculation of a quiet pact.

Trump spoke with his Turkish counterpart Recep Tayyip Erdogan on Friday, five days before the US leader’s surprise announcement of a pullout of 2,000 troops from Syria as he declared the defeat of the Islamic State group.

The Turkish leader had been threatening an imminent offensive against Kurdish fighters in Syria who have battled alongside the United States against the Islamic State but whom Ankara describes as “terrorists” for their kinship with PKK militants at home.

In a diplomatic statement after their telephone conversation, the Turkish government said that Trump and Erdogan “agreed to ensure more effective cooperation” on Syria.

In a less diplomatic statement, Erdogan on Monday said: “I spoke with Trump. The terrorists must leave the east of the Euphrates. If they don’t go, we will remove them.”

Turkish Foreign Minister Mevlut Cavusoglu said at the same time that Trump was again talking of withdrawing from Syria.

Few took Cavusoglu’s comments seriously — a State Department spokesman, asked about his remarks, assured that “the job is not yet done” in Syria — until Trump suddenly announced the pullout on Wednesday.

Several US media outlets said Trump made his decision just after speaking to Erdogan. But Trump also prides himself on unpredictability and has long mused about leaving Syria, calling the involvement too costly.

“Trump’s decision has in fact little to do with Turkey,” said Sinan Ulgen, chairman of the Istanbul-based Center for Economics and Foreign Policy Studies.

“The timing may, however, have been precipitated by the call with Erdogan,” he said.

“This is a major boost for Turkey and, I believe, an improvement in US-Turkish relations, while making Turkey less dependent on Russia also,” said Faysal Itani, a senior fellow at the Atlantic Council in Washington.

Turkey — a member of NATO, the alliance designed as a bulwark against the Soviet Union — alarmed the United States a year ago when it signed a deal for S-400 missiles from Russia.

Also this week, the United States announced the approval of a sale of $3.5 billion worth of Patriot and other missiles to Turkey, offering a stark choice to Erdogan on where to buy weapons.

Relations sank further when Turkey detained Andrew Brunson, a US pastor based in the coastal city of Izmir, and demanded the extradition from Pennsylvania of Fetullah Gulen, an influential cleric whom Erdogan accuses of plotting a failed 2016 coup against him.

The Trump administration, which counts on evangelical Christians as a core constituency, turned Brunson’s detention into a top priority, slapping sanctions that rocked the Turkish economy including the value of the lira until his release in October.

“I believe the deal was that the Turks release Brunson in exchange for the US refraining from doing anything to damage the Turkish economy further,” said Steven Cook, a senior fellow at the Council on Foreign Relations.

“The people in Washington who have argued for saving the relationship won,” he said. 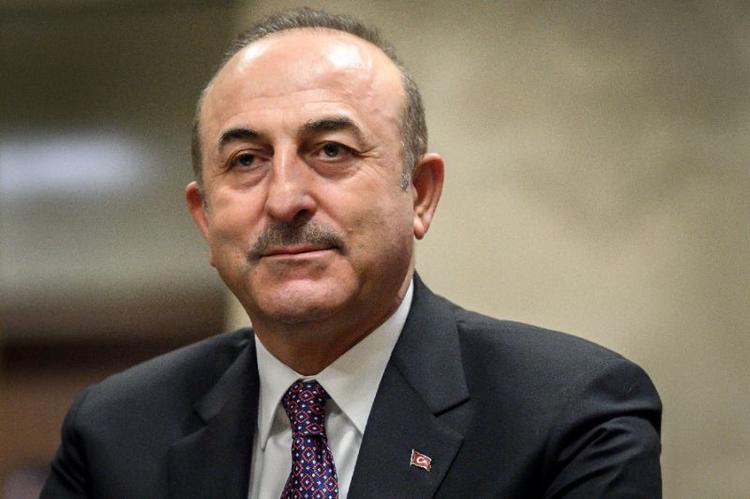 Trump, who has often been accused of feeling more comfortable with strongmen than democratic allies, has indicated that he feels an affinity with Erdogan.

Meeting him last year, Trump called Erdogan a friend and said he gave him “very high marks” as he clamped down on dissent.

Cavusoglu, who predicted the Syria withdrawal, also said that Trump had promised he was “working on” the extradition of Gulen.

The White House said Tuesday that Trump only agreed to “take a look at” Gulen’s extradition — but, in light of recent events, the cleric is unlikely to be sleeping easy.

Featured Photo: US President Donald Trump (right) spoke with his Turkish counterpart Recep Tayyip Erdogan days before the US leader’s surprise announcement of a pullout of 2,000 troops from Syria (AFP Photo/ADEM ALTAN, SAUL.