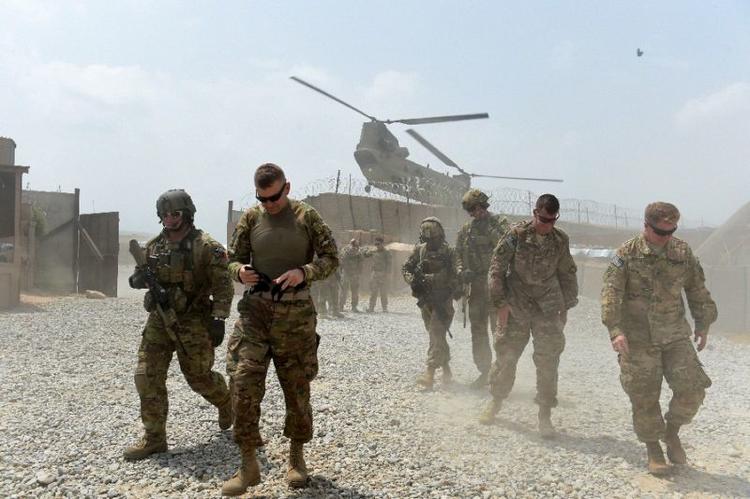 With Thomas Watkins in Washington –

The move has stunned foreign diplomats and officials trying to end the 17-year conflict with the Taliban, which already controls vast amounts of territory and is causing ‘unsustainable’ Afghan troop casualties

US President Donald Trump has decided to pull about 7,000 troops from Afghanistan, a US official said Friday, but the Afghan presidency brushed off concerns the drawdown would affect security.

Speaking on condition of anonymity, the US official told AFP that “roughly half” of the 14,000 US forces in Afghanistan would leave “within the next several months.”

The move stunned and dismayed diplomats and officials in Kabul who are intensifying a push to end the 17-year conflict with the Taliban, which already controls vast amounts of territory and is causing “unsustainable” Afghan troop casualties.

“If you’re the Taliban, Christmas has come early,” a senior foreign official in the Afghan capital told AFP on the condition of anonymity.

“Would you be thinking of a ceasefire if your main opponent has just withdrawn half their troops?”

Taliban spokesman Zabiullah Mujahid would not comment about the troop withdrawal when contacted by AFP. But a senior Taliban commander welcomed the decision.

“Frankly speaking we weren’t expecting that immediate US response,” the official told AFP from an unknown location in northwest Pakistan.

“We are more than happy, they realised the truth. We are expecting more good news.”

It is not clear if US peace envoy Zalmay Khalilzad or the Afghan government had been warned of Trump’s plans in advance.

A spokesman for Afghan President Ashraf Ghani, Haroon Chakhansuri, downplayed the news, saying: It “will not have a security impact because in the last four and half years the Afghans have been in full control.”

But Afghans across the country expressed fears that a US troop withdrawal could derail peace efforts, return the Taliban to power, and dissolve the country into civil war.

“We are terrified that history will be repeated,” Fazli Ahmad, a car washer in the southern city of Kandahar, told AFP.

Shaima Dabeer, a 50-year-old housewife in the northern city of Mazar-i-Sharif, said she feared for the future of her children.

“Afghanistan will go back to the Taliban era,” she told AFP.

Trump’s decision apparently came Tuesday as Khalilzad met with the Taliban in Abu Dhabi, part of efforts to bring the militants to the negotiating table with Kabul.

They discussed issues ranging from the group’s longstanding demand for a pullout of foreign troops, the release of prisoners and a ceasefire, Khalilzad told Afghan media in Kabul on Thursday.

A NATO spokesman would not comment on Trump’s decision, referring reporters to US authorities, but stressed the alliance’s continued commitment to its support mission in Afghanistan.

Tuesday was also the day Trump told the Pentagon he wanted to pull all US forces out of Syria. Defense Secretary Jim Mattis resigned Thursday, saying his views were no longer reconcilable with Trump’s.

Critics suggest the president’s twin foreign policy decisions on Syria and Afghanistan could unspool a series of cascading and unpredictable events across the Middle East and in Afghanistan.

“If we continue on our present course we are setting in motion the loss of all our gains and paving the way toward a second 9/11,” warned US Senator Lindsey Graham via Twitter.

Afghan forces have been taking what experts describe as “unsustainable” casualties since NATO pulled its combat forces from the country in 2014.

Lieutenant General Kenneth McKenzie, nominated to lead the US military’s Central Command, warned this month that unless recruiting and training improve, local forces will not overcome the casualty rate.

Ghani said last month nearly 30,000 Afghan security forces had been killed since the start of 2015, a figure higher than anything previously acknowledged.

In an interview with BBC Radio 4 broadcast Friday but recorded before news of the troop withdrawal was leaked, Ghani mentioned a “sacrifice” of more than 45,000 local forces in the past four years. It was unclear whether that figure referred to deaths or also included injuries.

The US troops in Afghanistan work either with the NATO mission to support Afghan forces or in separate counter-terrorism operations.

The Taliban was toppled from power by a US-led invasion in 2001 following the 9/11 attacks masterminded by Al-Qaeda leader Osama bin Laden, who had been harboured by Afghanistan.

The war is now America’s longest, with more than 2,200 US military personnel killed since the start of 2001, including 13 this year.

Mattis and other top military advisors last year persuaded Trump to commit thousands more troops as part of a strategy that included more air strikes targeting the Taliban and its relatively small but potent rival, the Islamic State group.

Trump at the time said his instinct was to leave Afghanistan.

Khalilzad, who has met with Taliban representatives several times in recent months, has expressed hopes for a peace deal before the Afghan presidential elections scheduled for April.

“It’s gotten the troop withdrawals it’s always wanted without even having to make any concessions,” Michael Kugelman of the Wilson Center told AFP.

“Now it has a tremendous battlefield advantage, which gives it the opportunity to scale up its fight in a huge way.”

Featured Photo: “US President Donald Trump plans to bring home a chunk of the 14,000 US troops deployed in Afghanistan — but the NATO alliance has stressed its continued commitment to its support mission in the country (AFP Photo/Wakil KOHSAR).