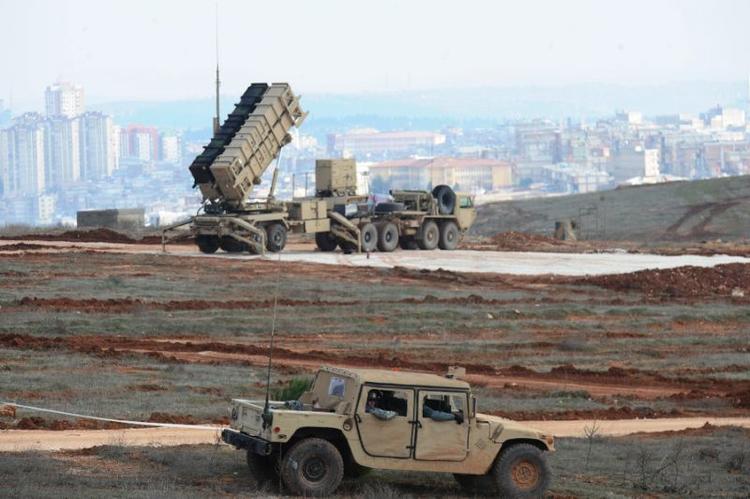 Washington (AFP) – The United States said Wednesday it approved the sale of $3.5 billion in missiles to Turkey, offering an ultimatum after US outrage over the NATO ally’s plans to buy from Russia.

The announcement came as President Donald Trump said that US forces would withdraw from neighboring Syria, a decision likely to please Turkey as it pursues Kurdish fighters.

The State Department said it had informed Congress of plans to sell Turkey a package that includes 80 Patriot missiles, 60 PAC-3 missile interceptors and related equipment.

“The proposed sale will increase the defensive capabilities of the Turkey military to guard against hostile aggression and shield NATO allies who might train and operate within Turkey’s borders,” a statement said.

A year ago, Ankara announced a deal to purchase rival S-400 missiles from Russia, drawing a rebuke from its allies in NATO — a group originally formed as a bulwark against the Soviet Union.

A State Department official said that Turkey was jeopardizing participation in another US military program, the coveted F-35 fighter jets, if Turkey still went ahead with the S-400 sale.

Turkey could also face sanctions on defense purchases under US law if it goes ahead, the official said on condition of anonymity.

A purchase from Russia “would have serious ramifications for US ability to do business with Turkey across the defense trade spectrum,” the official said.

“It is important that NATO countries procure military equipment that is interoperable with NATO systems. A Russian system would not meet that standard.”

The announcement came as Trump said that the United States had defeated the Islamic State group in neighboring Syria — leading to the withdrawal of US troops, who had effectively protected Kurdish fighters against Turkey.

There was no immediate indication that the two announcements were linked. But Trump has made clear that arms sales are a top priority — citing the income from weapons to defend ties with Saudi Arabia after the kingdom’s killing of dissident Saudi journalist Jamal Khashoggi in Istanbul.

Turkish President Recep Tayyip Erdogan on Monday vowed to “remove” the Kurdish fighters if necessary, as he said he had spoken by telephone with Trump and agreed to cooperate in Syria.

The Kurdish People’s Protection Units have formed the backbone of the Syrian Democratic Forces, an opposition group that has seized about a quarter of the country with Washington’s backing.

Erdogan has called the US-backed Kurdish forces “terrorists,” linking them with the Kurdish Workers’ Party, or PKK, which has waged an insurgency inside Turkey in the name of the Kurdish minority since 1984.

Turkey had until now been forced to be more hesitant in targeting the Kurdish forces, knowing that casualties among US troops would trigger a crisis.

Senator Lindsey Graham, a Republican who usually backs Trump, on Twitter condemned the withdrawal plan and said it would “put our allies, the Kurds, at risk.”

Turkish Foreign Minister Mevlut Cavusoglu said Trump had also promised to look at another priority for Erdogan — extraditing Fethullah Gulen, an influential cleric in exile in Pennsylvania whom the Turkish leader accuses of plotting a failed 2016 coup against him.

White House spokeswoman Sarah Sanders on Tuesday quoted Trump as saying “we would take a look at it,” without commenting further.

Trump had piled pressure on Erdogan and imposed sanctions over the detention of an evangelical US pastor, Andrew Brunson. He was released in October, removing a major impediment in relations.

Featured Photo: This US Patriot missile launcher was deployed at a Turkish military base in Gaziantep in early 2013 after Ankara asked for help against a possible missile attack from Syria (AFP Photo/BULENT KILIC).