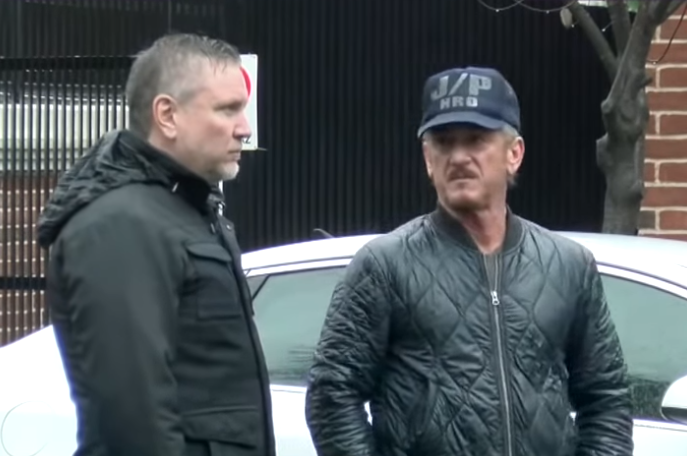 Ann Arbor (Informed Comment) – The October 2 murder of dissident Saudi journalist and Washington Post columnist Jamal Khashoggi is still shrouded in some mystery despite extensive leaks by Turkish intelligence and the CIA/ NSA.

The Arabic press is reporting that actor Sean Penn has shown up outside the consulate where Khashoggi was murdered with a film crew of ten. They are described as shooting a documentary on the murder.

Penn first met with Turkish authorities in Ankara, then went to Istanbul to begin work, and the Turkish press is reporting that his work has the approval of the Turkish government. He will interview high-ranking Turkish officials on their findings, as well as the late Khashoggi’s Turkish fiancee. The two-time academy award winner (for Mystic River (2003) and Milk [2008]) has directed films and documentaries, including one on the aftermath for the victims of the 9/11 attacks on New York by al-Qaeda.

The Egyptian press, which often kowtows to Saudi Arabia and the United Arab Emirates (big aid donors to the al-Sisi government of Egypt) immediately went after Penn as a spy for Qatar, Turkey and the Muslim Brotherhood. Indeed, they castigated the Brotherhood as a terrorist organization (it is not) and so implied that Penn is giving material aid to terrorism.

The same sort of attacks were launched by the UAE’s increasingly conspiracy-theorist-oriented Alarabiya, as Think Progress pointed out.

The Saudi government has accused Khashoggi of having been a member of the Muslim Brotherhood. This is not true, though it is true that Khashoggi was very interested in populist reform of Islam and had had Brotherhood friends. He had also been friends in the old days of the Afghanistan struggle against the Soviets with Usama Bin Laden, but denounced the latter when he turned to terrorism.

There is no reason to believe that Penn has been put up to this documentary by Qatar (!) or the Turkish government. He is well known for championing human rights issues in Haiti and elsewhere and for having been a vocal critic of George W. Bush’s Iraq War.

It is a sign of how polarized the contemporary Middle East is, that Egypt and the Gulf states are trying to smear a Hollywood actor and famed leftist as a “Muslim Brotherhood” agent, i.e. as working for Muslim fundamentalism.