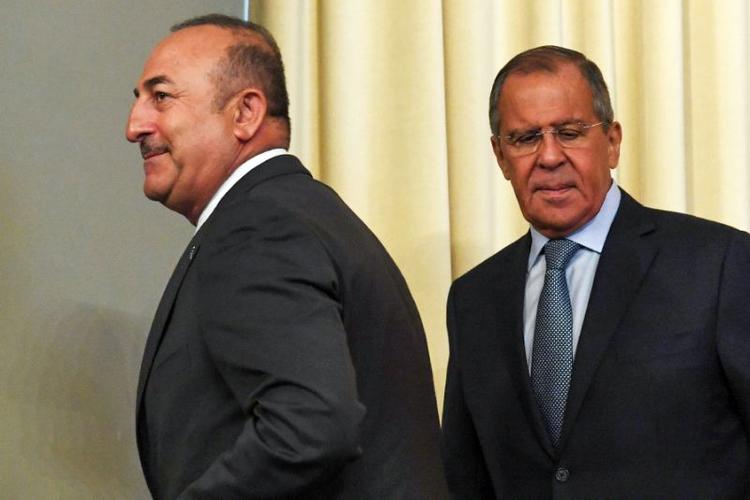 Russia and Turkey on Saturday agreed to coordinate ground operations in Syria after the shock announcement of a US military withdrawal, Moscow’s top diplomat said.

President Donald Trump’s move has already hastened a shift in alliances with Syrian troops deployed Friday in support of Kurdish forces around a strategic northern city. The Kurds, under threat from Ankara, had been supported by US forces.

“Of course we paid special attention to new circumstances which appeared in connection with the announced US military pullout,” Russian Foreign Minister Sergei Lavrov said after talks with Turkish counterpart Mevlut Cavusoglu.

The Syrian deployment pleased ally Russia but upset Turkey ahead of Saturday’s talks in Moscow.

“An understanding was reached of how military representatives of Russia and Turkey will continue to coordinate their steps on the ground under new conditions with a view to finally rooting out terrorist threats in Syria,” Lavrov said.

“We will continue active work (and) coordination with our Russian colleagues and colleagues from Iran to speed up the arrival of a political settlement in the Syrian Republic,” he said in remarks translated into Russian.

“We have the common desire to cleanse Syrian territory of any terrorist organisation, Cavusoglu added.

Lavrov said he was “optimistic” following the talks which included Russian and Turkish defence ministers Sergei Shoigu and Hulusi Akar.

Trump last week said he was pulling all 2,000 troops from Syria, declaring that Washington had achieved its objective as the Islamic State group had been “knocked” out.

The extremist movement, also known as ISIS, has lost nearly all its territory, although thousands of its jihadists are thought to remain in war-battered Syria.

Nearly eight years into Syria’s deadly conflict, the US pullout has led to another key step in President Bashar al-Assad’s Russian-backed drive to reassert control over the country.

The Syrian army announced its return to Manbij, a strategic city close to the Turkish border where Kurdish forces have been deployed since 2016 and where US-led coalition forces are also stationed.

A US withdrawal will leave them exposed to an assault by Turkey, which has thousands of proxy fighters in northern Syria and wants to crush Kurdish forces it considers terrorists.

The Syrian army’s arrival creates a regime buffer arching across northern Syria that fully separates the Turkish army and its proxies from the Kurds.

Ankara reacted to the deployment by warning “all sides to stay away from provocative actions”.

On Friday, Russia said it would host a three-way summit with Turkey and Iran on the Syrian conflict early next year following their last such meeting in September.