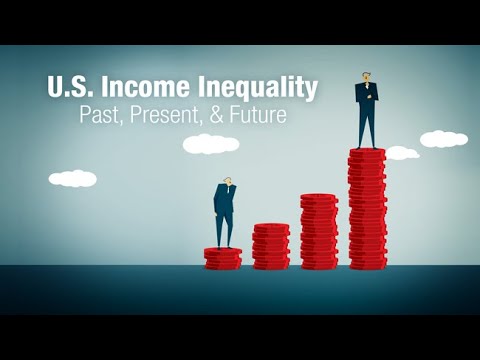 But what Americans really need from Belgium has nothing to do with beer or breakfast treats. We need Belgium’s much more egalitarian distribution of wealth.

The English philosopher Francis Bacon once long ago compared wealth to manure. Both only do good, Bacon quipped, if you spread them around. Belgium is spreading about as well as any nation on Earth, according to the Swiss bank Credit Suisse’s latest annual global wealth report.

Why should Americans care about what’s happening in Belgium?

That $404,000 figure sound about right to you? Probably not. Most Americans hold personal fortunes nowhere near that level.

America’s average wealth per adult looks so good only because America’s rich are doing so fabulously well. The United States currently boasts some 1,144 individuals worth over $500 million in net worth. Their enormous fortunes are pumping up — and distorting — America’s adult wealth average.

How big a distortion? The new Credit Suisse report points us to the answer.

Credit Suisse researchers have computed, for each nation, how much wealth typical adults are holding. In the United States, the most typical — or median — American adult holds just $61,667 in wealth, far below the nation’s average wealth of $403,974.

In other words, Americans are paying an inequality penalty of almost $150,000.

Some might dismiss the significance of this comparison between Belgium and the United States. Belgium, after all, has only 8.9 million adults. The United States has 243 million.

But Japan, also like Belgium, has far fewer super rich than the United States. Japan hosts only 71 individuals worth over $500 million. To reach the U.S. total of $500-million fortunes, Japan would have to double its super-rich population, double it again, and then quadruple it.

More waffles — or sushi — anyone?

UCTV: “The Past, Present and Future of US Income Inequality with Valerie Ramey”

Sam Pizzigati is a veteran labor journalist and Institute for Policy Studies associate fellow. He co-edits Inequality.org, the Institute’s weekly newsletter on our great divides. He also contributes a regular column to OtherWords, the IPS national nonprofit editorial service. Sam, now retired from the labor movement, spent two decades directing the publishing program at America’s largest union, the 2.8-million-member National Education Association, and before that edited the national publications of three other U.S. trade unions. Sam’s own writing has revolved around economic inequality since the early 1990s. His op-eds on income and wealth concentration have appeared in periodicals all around the world, from the New York Times to Le Monde Diplomatique.