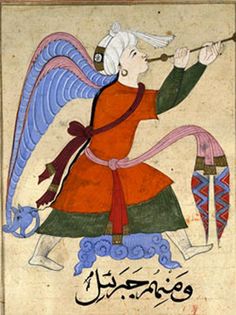 When I wrote Muhammad: Prophet of Peace amid the Clash of Empires, and published it with a trade press, I knew what I was doing. The book is history, and I genuinely had an open mind when I approached the writing of it. But trade publications seek to reach the wider public, and it was predictable that the proponents of hate speech against Muslims would come after the book and attempt to smear its author. Since I’ve been blogging since April of 2002, however, I am not afraid of the internet far right. I’ve had my battles with them and I’m still standing.

Thus, an anonymous operative going by “Stephen M. Kirby” who is otherwise a ghost on the internet attacked my book at a major hate site directed against Muslims (I won’t link precisely because it is a hate site). I think it is important for me to reply to some of “Kirby’s” points in part because this might be an opportunity to restate clearly for the public my arguments. The great scientist and science popularizer Carl Sagan once wrote a chapter disproving crackpot theorist Immanuel Velikovsky. He complained that just doing the math took away from his own science work, but he felt it important to spend the time doing this.

So I have to refute the Velikovskys of Islamic Studies.

The Islamophobic industry attempting to spread hate of Muslims in the United States and Europe is extremely well funded. Billionaires like far right wingnut Robert Mercer have given large amounts of money to the cause of hate. One study done a few years ago found that the “Islamophobic Network,” including elements of the Israel lobbies, had put $57 million into such campaigns. It must be much more now. The Russian troll farms who gave us Trump also have had huge followings on social media. That so many of the books on Islam at the top of the Amazon bestseller lists are by unqualified preachers of hate suggests to me that behind the scenes the white supremacist wealthy have had employees steadily purchase copies, keeping them visible on the front pages of the subject lists. Amazon should look into these practices if it wants to avoid being complicit in this hate campaign.

And, by the way, there is nothing intrinsically ideological about my book, left or right. It is a work in the history of religion, and I can’t imagine why someone who votes conservative should necessarily dislike it, except that conservatism has unfortunately (and relatively recently) taken up hatred of Muslim as a plank in the platform. I imagine some strident leftists might dislike it because it is a sympathetic treatment of religion and not steeped in dialectical materialism.

My first reply to one of “Kirby’s” points is here

As to “Kirby,” I will begin by addressing some of his substantive critiques, which may seem minor, and don’t involve hate speech the way much of his screed does, because it is an opportunity to talk about history.

“Kirby” claims to find three errors in my 87 pages of footnotes. He has found none. He then goes on to say, quite dishonestly, that if he has found three (he has not), there must be many more (he does not know that). This is a well-known propaganda technique.

1. I show that one of the early sayings about the Prophet Muhammad first receiving revelation makes a veiled reference to Isaiah chapter 29, which is about the encroachment of Assyrian ruler Sennacherib on Jerusalem. 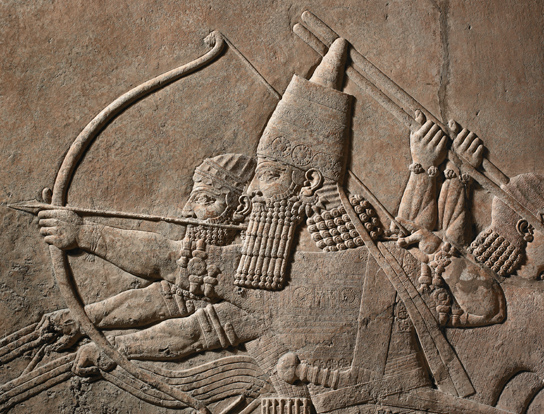 In a surviving “Prism Inscription” from Ninevah, his capital, Sennacherib boasted,

“As for Hezekiah, the Jew, who did not submit to my yoke, 46 of his strong cities, as well as the small cities in their neighborhood, which were without number—by levelling with battering- rams (?) and by bringing up siege-engines (?), I besieged and took (those cities). 200,150 people, great and small, male and female, horses, mules, asses, camels, cattle and sheep, without number, I brought away from them and counted as spoil. Himself, like a caged bird I shut up in Jerusalem, his royal city. Earthworks I threw up against him—the one coming out of the city-gate, I turned back to his misery.”

Isaiah is said to have lived 740-700 BC, and chapters 1-39 of the current biblical book of Isaiah probably goes back to this figure, “Isaiah I.” 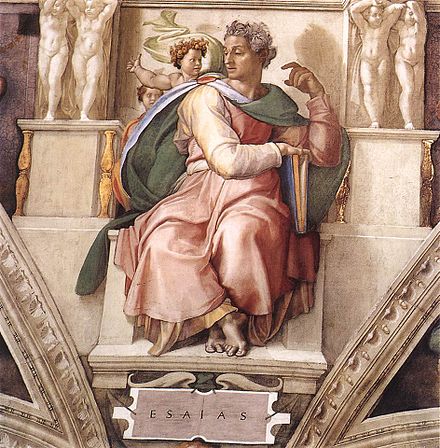 Isaiah, from the Sistine Chapel fresco by Michaelangelo

Christian Roman writers in the time leading up to Muhammad (born, I think, in 567 AD), sometimes referred to Sennacherib’s campaign in Palestine and his failure (as the Bible maintains) to take Jerusalem. Gregory of Nazianzos compared Julian the Apostate’s policies toward Jerusalem to those of Sennacherib. (Joseph Verheyden,”The Devil in Person, the Devil in Disguise: Looking for King Sennacherib in Early Christian Literature,” in Isaac Kalimi and Seth Richardson, Sennacherib at the Gates of Jerusalem (Leiden: E. J. Brill, 2014), pp. 394-5.)

Now let us jump 1,300 or so years forward, to 610 AD. We are now in the Eastern Roman Empire, which had made Christianity its state religion after Constantine converted in 312 AD.

Iran began invading the Eastern Roman Empire in 603 AD and did not entirely withdraw, after Constantinople finally won, until early 630 AD. This Roman-Iranian “world war,” I argue, was the geopolitical context within which the Qur’an was preached by Muhammad.

I thought I would share here an early, fuller draft of this argument than the one that appeared in my book. I begin with a saying attributed to Muhammad’s third wife (according to much later Muslim writers), Aisha (d. c. 678). She is speaking as an old woman, probably in the 660s or 670s in Medina, to her sister’s son `Urwa ibn al-Zubayr, telling the story of what happened in 610 AD before Muhammad became a widower, when his first (and then only) wife Khadija was still alive.

[ Aisha said [trans. modified by JC]], “The commencement of the Divine Inspiration to God’s Messenger was in the form of good dreams which came true like bright day light, and then the love of seclusion was bestowed upon him. He used to go in seclusion in the cave of Hira where he used to worship continuously for many days before his desire to see his family. He used to take with him the journey food for the stay and then come back to (his wife) Khadija to take his food like-wise again till suddenly the Truth descended upon him while he was in the cave of Hira.”

Recite in the name of your Lord, who created–
created the human being from a clot.
Recite, and your Lord is most generous,
who taught by the pen,
taught human beings what they did not know. (Q. 96:1-5)”

Muhammad is said to have departed for home in alarm at the encounter with the divine envoy. When he saw his wife Khadijah, he implored her, “Cover me! Cover me!” She put a blanket over him, and he lay there until his anxiety subsided . .

In the Aisha revelation narrative, the interchange between the angel and Muhammad is patterned on Isaiah 29, giving it a prophetic message. Isaiah ben Amoz or proto-Isaiah had lived in the 700s BC at a time when the Neo-Assyrian Empire was gradually subjugating the Levant. This chapter of Isaiah begins by speaking of danger to Jerusalem (“Ho Ariel, Ariel, the city where David encamped!”) Christian church fathers such as Cyril of Alexandria later reinterpreted this opening passage as a prediction of the Roman destruction of the Jewish temple in Jerusalem in the year 70 CE.

“And the vision of all this has become to you like the words of a book that is sealed.

When men give it to one who can read, saying,
‘Read this,’ he says, ‘I cannot, for it is sealed.’

And when they give the book to one who cannot read, saying,
‘Read this,’ he says, ‘I cannot read.’”

Isaiah is saying that with the Kingdom of Israel under Neo-Assyrian pressure and then rule, his visions have become inscrutable, so that neither the literate nor the illiterate among his coreligionists can any long understand them, since the book is sealed. This inscrutability comes from God having plunged the wise and seers into a deep slumber (Isa 29:10).

The much later Christian church fathers maintained that Jesus unsealed the book.

Likewise, in the Aisha revelation narrative, the angel unseals the book by restoring to the prophet Muhammad the ability to recite or read out the revelation of God, in a vision he saw while in deep slumber. That this narrative may go back to the teens of the seventh century AD is suggested by the choice of Isaiah 29 as its framework, a chapter that begins by commenting on an impending threat to Jerusalem–a situation that also characterized the year 610 when Muhammad’s revelation came, since Iranian armies had invaded Anatolia and had already made incursions into Syria.”

I note that I am hardly the first to see Isaiah in this story, and cite my colleague Michael Bonner, who had also noted that it has been recognized that the anecdote has antecedents in Isaiah. “Kirby” is exercised that Bonner sees the parallel as being to Isaiah 40:6-8. “Kirby” implies that I make my argument dependent on Bonner’s authority. But Bonner simply noted the Isaiah parallel in passing and I was not making an argument from authority. My argument is original. Moreover, Isaiah 40:6-8, which is much later than chapter 29 and by a different author, “Deutero-Isaiah,” is a restatement of the sentiments in Isaiah 29:11-12:

6 A voice says, “Cry out!”
And I said, “What shall I cry?”
All people are grass,
their constancy is like the flower of the field.

7 The grass withers, the flower fades,
when the breath of the Lord blows upon it;
surely the people are grass.

8 The grass withers, the flower fades;
but the word of our God will stand forever.

I would argue that Isaiah 29:11-12 is *much* closer to the saying related by Aisha, and that the context of Isaiah 29 in a slog from the East of an imperial army headquartered in Ninevah (Sennacherib’s capital and Khosrow II’s winter palace) made it an attractive chapter to cite in 610, when, likewise, the Sasanian Iranian army was marching toward Roman Syria and Palestine.

The much more interesting questions raised for us by the parallel I drew are whether I am right that this is strong contextual evidence for some of the Aisha – `Urwa hadiths or oral reports going back to the 610s; how well was the Bible known among early Arabic-speaking believers in the Prophet’s mission; and did this parallel to Isaiah derive from Muhammad himself?

My citation of Bonner is not a mistake, but a reference to an agreement on a principle; the detail of precisely which verse is referenced is immaterial since they are so similar. “Kirby” doesn’t know how to read texts.