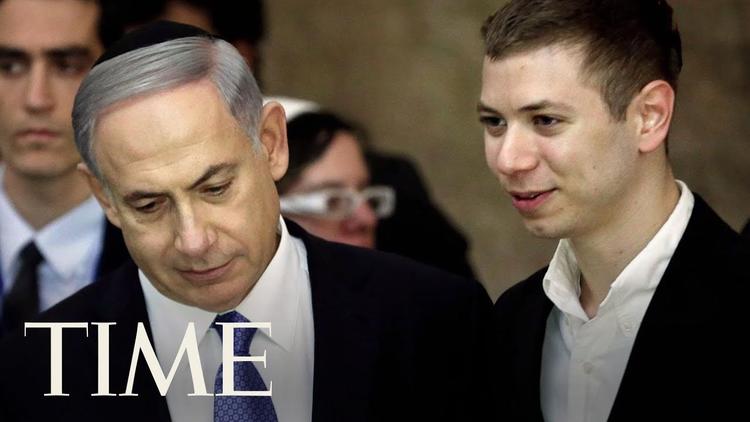 The post quickly gained traction in Israel, with the Times of Israel reporting that it had “garnered over 750 reactions as of Friday evening, […] most of them in agreement”. Yair then continued his anti-Muslim tirade, writing in a separate post: “Do you know where there are no terror attacks? In Iceland and Japan. Coincidentally there’s also no Muslim population there.”

According to Haaretz, Yair also wrote a third post in which he called for “avenging the deaths” of two Israeli soldiers killed last week and the expulsion of Palestinians. Although Facebook had removed these posts on the grounds that they were in violation of its community rules, Yair shared a screenshot of the post, prompting the social media giant to yesterday block his account for 24 hours.

Taking to Twitter, Yair claimed he had been blocked for calling out Facebook on its removal of the posts, saying: “Unbelievable. Facebook blocks me for 24 hours for simply criticising it! Thought police.”

Yair Netanyahu’s complaints will be seen as ironic in light of Israel’s repeated punishment of Palestinians for their Facebook content. Just yesterday, Israel’s Jerusalem Magistrates’ Court sentenced Suzanne Abu Ghannam – the mother of a Palestinian killed by the Israeli army last year – to 11 months in prison for “incitement” on Facebook.

In September, Palestinian poet Dareen Tartour was released after being detained for three years for publishing her poem entitled “Resist, my people, resist” on social media. She was first arrested in 2015 and served 97 days in prison, before being released to house arrest. In May she was convicted for “incitement to violence” and “supporting terrorist organisations”, being forced to serve a further 42 days in prison.

Israel also collaborates with Facebook to monitor content. In October, it emerged that Israel had bid to obtain spying systems which monitor social media users’ private messages on Facebook, Twitter, Instagram and YouTube, targeting keywords like “terror”, “resistance”, “nationality” and “religion”. In July, the Israeli Knesset passed the first reading of the so-called “Facebook Bill”, which would authorise Israel’s court to issue orders to delete internet content “if it harmed the human safety, public, economic, state or vital infrastructure safety”.

This is not the first time Yair Netanyahu has sparked controversy with his social media activity. Just last week, Yair took to Facebook to condemn left-wing NGOs and media, writing: “Left-wing associations funded by foreign and hostile governments, left-wing politicians and the media who always side with the enemy and against the Jewish interest […] are traitors!” Benjamin Netanyahu was forced to issue a statement distancing himself from his son’s outburst, with the PM’s official Facebook account writing: “Prime Minister Netanyahu rejects the use of the term ‘treason’ by any side of the political discourse.”

In May, Yair Netanyahu became the subject of ridicule for posting an anti-Turkish image on Instagram against the backdrop of the diplomatic spat taking place between Tel Aviv and Ankara at the time. The post included an image similar to the Turkish flag – which has a red background and white star and crescent moon in the centre – with the words “F*ck Turkey”, while the crescent moon took the place of the letter ‘c’.