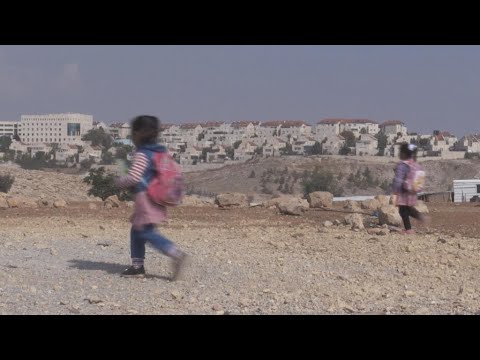 Israel’s settlements in the West Bank are a violation of the 4th Geneva Convention, according to the United Nations.

“The European Union’s position on Israeli settlement construction and related activities is clear and remains unchanged: all settlement activity is illegal under international law,” a statement from the organization declared.

Israel’s settlements in the West Bank are a violation of the 4th Geneva Convention, according to the United Nations, which forbids states from transferring their citizens to occupied land.

Additionally, the Union stressed that Israel’s decision undermines the viability of the desired two-state solution and the possibility of lasting peace.

“The settlements endanger the two-state solution, which is the only solution that would allow for peace between the Israelis and the Palestinians,” the French Foreign Ministry also added in a release. “We call on Israeli authorities to reconsider this decision.”

Israel’s Higher Planning Committee announced that approval has been given for the construction of an additional 2,191 housing units in the disputed settlements, on December 25 and 26.

The UK said the recent decision is “unacceptable and disappointing,” warning Israel to stop the illegal edicts.

Though some 61% of the units will be built in isolated settlements, the EU considers all Jewish building over the pre-1967 lines to be illegal whether the region is unoccupied or not.

“Such actions are illegal under international law and call into question Israel’s commitment to any future peace agreement with the Palestinians,” Minister for the Middle East Alistair Burt stated.

France 24 English: “Israeli settlements and the encirclement of East Jerusalem”