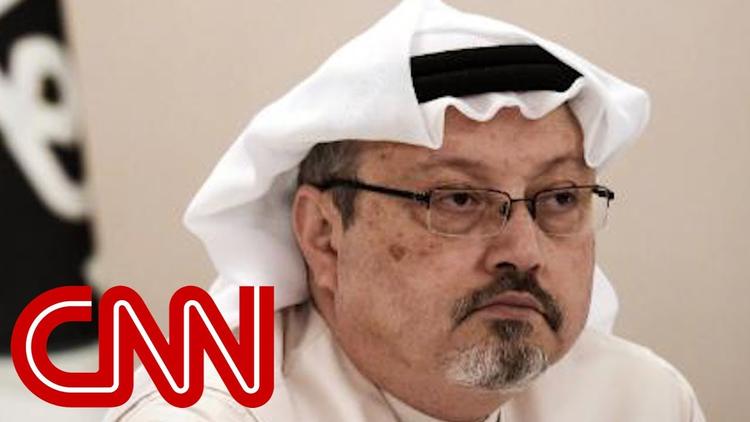 Ann Arbor (Informed Comment) – The New York Times (h/t Mother Jones) has reported from one Saudi source and several sources in US intelligence that Jared Kushner has been corresponding over Whatsapp with Saudi crown prince and world-renowned axe murderer, Mohammed Bin Salman. Kushner, the Times reporting concludes has “offered the crown prince advice about how to weather the storm, urging him to resolve his conflicts around the region and avoid further embarrassments.”

Weather the storm? Murdering a prominent Washington Post columnist in a Saudi consulate is not a storm. It is a crime, and whoever ordered it should be tried and if found guilty sent to prison for a few decades. (There isn’t any doubt that Mohammed Bin Salman ordered the hit, though it is fair to say he hasn’t been convicted by a court of law).

CNN’s Nic Robertson has been informed of the contents of a transcript of the Turkish intelligence recording of the murder of dissident journalist Jamal Khashoggi. He was clearly kidnapped and then strangled. His last words were, “I can’t breathe. I can’t breathe.” The transcript shows that the leader of the assassination team made several phone calls, which Turkish intelligence says went to the Saudi royal court. It also recorded the sounds of a bone saw after the murder.

Kushner famously made a relationship with Bin Salman when he was still third in line to the throne, in spring of 2017, and may have tried to pull strings for his friend so as to slip him into the position of crown prince in summer of 2017. Kushner has stood with Bin Salman through a whole series of crimes, including extorting $100 bn from some 200 fellow princes and his Yemen war that has resulted in starving 85,000 Yemeni children to death. And now the advice to “weather the storm” of being caught red-handed murdering Khashoggi.

Journalism focuses on personalities and often depicts Kushner as a lonely young man eager to have a Saudi BFF. But Israeli journalist Michael Bachner at The Times of Israel has proposed a structural explanation for the link: Bin Salman is using his willingness to throw the Palestinians under the bus as a way of bonding with Kushner and getting the latter’s support in the Trump White House. (Trump has his own reasons for supporting Bin Salman, mainly petroleum and purchases from the US arms industry.)

The Trump team has a vision of a ‘deal of the century’ for the Palestinians and Israelis, which appears to simply be a rubber stamp on the Likud Party’s Colonization Project aimed at the Palestinian West Bank, and which is gradually illegally usurping the latter. The Palestinians are weak and relatively poor and helpless, and it is most often the case in history that such people are dealt with horrifically and with impunity.

Since Trump put Kushner in charge of Palestine policy, the administration has 1) moved the US embassy to the disputed city of Jerusalem, 2) cut off funding for the UN Relief and Works Agency that provides aid to millions of Palestinian refugees kicked out of their homes by the Israelis, 3) cut off $5 bn in funding for West Bank development to the US Agency for International Development, and 4) permitted a tripling of Israeli squatter housing units on Palestinian land. This full court press to crush the Palestinians and leave them with nothing at all is intended to force their acquiescence in permanent Israeli Apartheid rule over them and gradual expropriation of what is left of their land.

Bin Salman told a group of Jewish Americans in New York that he doesn’t care about the Palestinians. There is in fact no good evidence that he cares about anyone at all aside from himself and a couple of cronies. Bin Salman wants to do a deal with Israel whereby it is recognized by the Gulf Cooperation Council states, just as it was recognized by Egypt and Jordan. But as with Egypt, which negotiated a separate peace with Israel and the US that left the Palestinians in the lurch, Bin Salman is perfectly willing to trade his own security as crown prince for the 5 million or so Occupied and stateless Palestinians. Hence Kushner’s unwavering support for the crown prince, said to be the most vocal and steadfast in the White House.

Kushner is a big backer of Israeli Apartheid and the Israeli squatter settlements, and for people with his commitments, Muhammed Bin Salman is a godsend. His relationship to Bin Salman is now a threat to US national security.