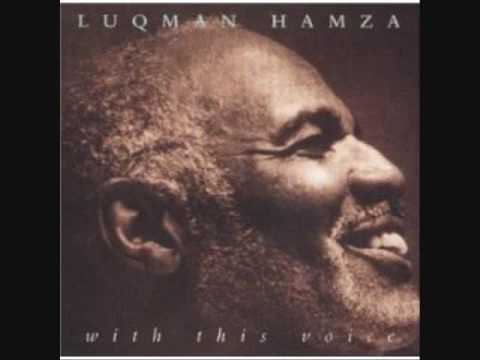 Jazz, the art form dubbed ‘ America’s Classical Music’ by pianist and composer Dr. Billy Taylor, has garnered a world-wide following in the century since its birth in New Orleans and other cities. Rooted in the African-American experience, jazz has attracted practitioners and listeners from all ethnic groups, religions and nationalities. And from a uniquely American genre jazz has developed into an international musical form, recognizable to aficionados everywhere.

Often overlooked by historians of jazz is the unique contribution made to the genre by American Muslims, as Hisham Aidi has established. Fans of what is now known as the “straight-ahead” jazz of the 1950s and 60s, will recognize the Arabic names of jazz greats Ahmad Jamal (piano) and Yusuf Lateef (reeds) . After their conversions these musicians performed using only their Arabic names. Other performers, such as the drummer Art Blakey, (Abdullah ibn Buhainah) and trumpeter and composer Kenny Dorham (Abdul Hamid) took Arabic names but preferred to appear professionally under their given Christian names.

Some fans may be aware, as I was, that these great musicians converted to Islam but may not know of the political circumstances and spiritual journeys that brought these musicians to Islam.

Ahmad Jamal and many other African-Americas came to Islam through the India-based Ahmadiyya movement, which from the 1920s onward was actively seeking converts in American cities. It is estimated that by the mid 1940s there were some ten thousand American converts engaged in Muslim communal activities in Chicago, Detroit, Philadelphia and other cities.

In a 1963 interview Art Blakey explained the initial African American interest in Islam in this way: “Islam brought the black man what he was looking for, an escape like some found in drugs or drinking: a way of living and thinking he could choose freely. This is the reason we adopted this new religion in such numbers. It was for us, above all, a way of rebelling” (quoted in I. Monson’s “The African diaspora: A Musical Project.”)

After their conversions both Art Blakey (in 1947) and and Ahmad Jamal (in 1959) traveled to North Africa to study Islam and to absorb local musical traditions and make them part of their musical art. These journeys and later pilgrimages by other jazz musicians had a profound effect on jazz history, and they influenced African musicians to study and play jazz.

While jazz legend has it that Blakey first went to Africa to study drumming, the master drummer himself refuted that notion. It wasn’t musical knowledge he was seeking, but religious knowledge:

“I didn’t go to Africa to study drums – somebody wrote that – I went to Africa because there wasn’t anything else for me to do. I couldn’t get any gigs, and I had to work my way over on a boat. I went over there to study religion and philosophy. I didn’t bother with the drums, I wasn’t after that. I went over there to see what I could do about religion. When I was growing up I had no choice, I was just thrown into a church and told this is what I was going to be. I didn’t want to be their Christian. I didn’t like it. You could study politics in this country, but I didn’t have access to the religions of the world. That’s why I went to Africa. When I got back people got the idea I went there to learn about music.” – ( quoted by Herb Nolan in Down Beat, November 1979, p.20)

Art Blakey’s Jazz Messengers —one of the great proving grounds for generations of musicians —grew out of an earlier small orchestra, the Messengers—most of whom were converts to Islam through the Ahmadiyya. And some scholars have suggested (and I am persuaded by this) that the name Messengers has Islamic resonance.

A few years after Blakey and Jamal, another jazz great , Yusef Lateef (whose given name was William Emanuel Huddleston) traveled to a number of West African countries , gave concerts, and studied new musical forms.

Lateef, who later taught at Hampshire College, has written about the affinities between Ahmadiyya teachings, which encourages musical expression, in contrast to some other forms of Islam.

When I mentioned the jazz and Islam connection to my colleague musician Don Porterfield he suggested that I look at the cover art of the jazz albums of Ahmad Jamal, Yusuf Lateef and others. He remembered that some of these albums feature explicitly Middle Eastern and Islamic motifs.

I’m very glad that I took him up on is suggestion, for it led me to a fine piece of research, the website for “The Sultans of Swing: The Prophetics and Aesthetics of Muslim Jazz Musicians” by Hampshire College student Parker McQueeney.

In addition to valuable information and analysis the site has a splendid display of Middle Eastern themed jazz album covers. I recommend them to you. And if while you are gazing at these great album covers you want to listen some of the great music that resulted from the Islam-Jazz synthesis,