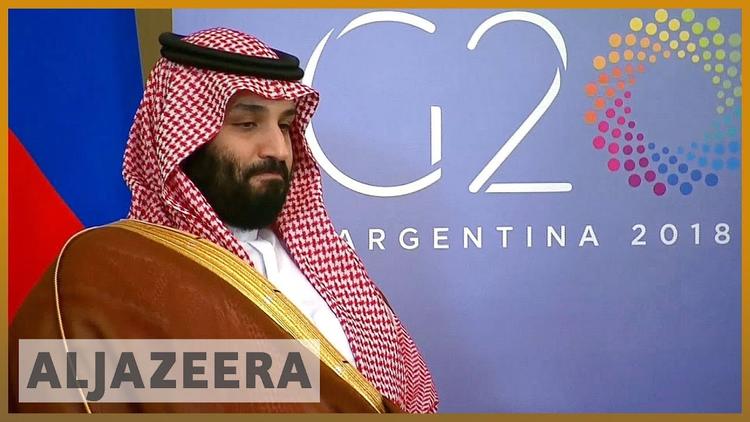 Ann Arbor (Informed Comment) – Among the things Saudi Arabia wants from the United States is support for its war on Yemen and permission to buy from US arms corporations state-of-the-art military weaponry. Both things are now in peril, as key Republican senators reacted to a secret briefing by Gina Haspel, director of the Central Intelligence Agency.

Haspel gave her presentation to only 8, arbitrarily chosen senators. They included outgoing senator Bob Corker (R-TN) and the senator from South Carolina, Lindsey Graham (R-SC), both of whom came out after the briefing to say they had no doubt at all that Saudi crown prince Mohammed Bin Salman ordered and managed the assassination of dissident journalist and Washington Post columnist Jamal Khashoggi at the Saudi consulate in Istanbul.

Last week Secretary of State Mike Pompeo and Secretary of Defense Jim Mattis testified to the senate that the CIA had not linked the crown prince to the murder definitively.

Corker said after the briefing that if Bin Salman went before a jury, “he would be convicted in 30 minutes.”

Graham said, “”There’s not a smoking gun, there’s a smoking saw. . . You have to be willfully blind not to come to the conclusion that this was orchestrated and organized by people under the command of MBS and that he was intricately involved in the demise of Mr. Khashoggi.” He added, “It is zero chance — zero — that this happened without the crown prince.”

Graham lambasted Bin Salman as “crazy” and said the he would find it difficult to vote for future Saudi arms purchases: “If the Saudi government is going to be in the hands of this man, I find it very difficult to be able to do business because I think he’s crazy, I think he’s dangerous, and he has put the relationship at risk.” Graham had been an early critic of Trump, but then seemed to fall into line behind the president, but he is now bucking him on Saudi Arabia.

The sentiments pose a real problem for Bin Solman going forward. The Senate is expected to vote on a resolution to withdraw from the Saudi-led Yemen War later this week. The US has since 2015 provided in-air refueling and other logistical help to the war effort, as well as advising the Saudis and the United Arab Emirates on targeting.

That the briefing was limited to 8 senators proved controversial among the other 92, with Rand Paul railing against the “deep state.”

Bin Salman’s erratic and criminal behavior has been winked at by the governments of the UK and Russia, as well as by Trump and his administration. But this Senate hearing suggested that Bin Salman will face consequences of his actions in at least one branch of the US government.