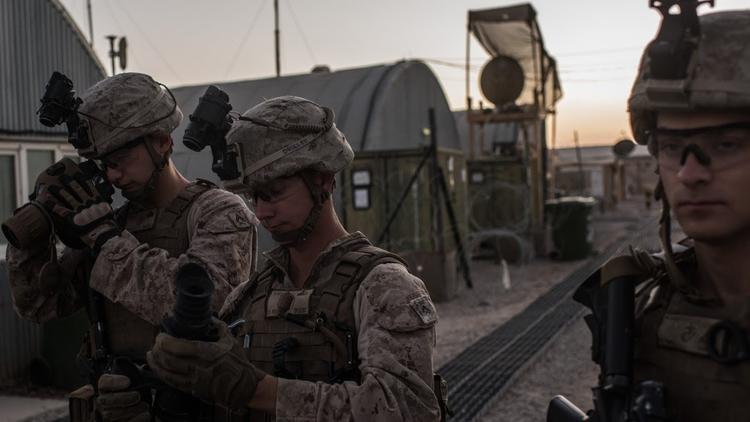 (Political Insights) – Over the past few years, Qatar has shown itself to be an influential actor in Afghanistan’s peace making efforts. Said Sabir Ibrahimi examines Qatar’s efforts and what it can do to further the prospects of peace in Afghanistan.

Qatar has emerged as a conflict resolution actor in the international arena attempting to mediate political solutions from Lebanon to Sudan, and even for Afghanistan, albeit with mixed results. In 2013, at the request of the US and the Taliban preference, Qatar allowed the Taliban to open their so-called political office in Doha. While the Afghan government never officially recognized the office, the office remained as the de facto address for the group, besides their sanctuaries in Pakistan.

In 2014, the US and the Taliban agreed to a prisoners’ swap in which one US serviceperson was exchanged for five Taliban members released from Guantanamo Bay. Doha would facilitate official and unofficial dialogues between the US, the Afghan government, think tanks, and the Taliban for years to follow. However, Qatar would mainly act upon the request of the US or the Afghan government and not take on a proactive mediator role in the Afghan peace making efforts.

Afghanistan has been subject to a chronic conflict for over 40 years; the memories of many Afghans from the Arab world are from the spread of religious puritanism and the Arab fighters who rushed to help in the war against the Soviet Union in the 1980s. When the Soviet troops withdrew, mediation efforts failed and the Afghan civil war began over power-sharing in the newly formed Islamic government. By the mid-1990s, the Taliban faction prevailed and controlled most of the Afghan territory, establishing the Islamic Emirate, recognized only by Pakistan, Saudi Arabia and the United Arab Emirates.

The Taliban regime hosted al-Qaeda, who had launched terrorist attacks on the US on September 11, 2001 which led to the US retaliation. The US intervention in the country ultimately ended the Taliban regime and established a new, somewhat-democratic system that is recognized overwhelmingly by a majority of the international community.

But the Taliban made a comeback with sanctuary, training and logistical support by Pakistan, financial support from the Gulf countries, and the illicit economy and extortion inside the country. From 2001 to 2017, the US spent more than $130 billion dollars on reconstruction and creating institutions – this was accompanied by 2,500 casualties of US servicemen and women, and Afghans paying the biggest price of all by losing around 50,000 civilians and thousands of security forces.

The region, then, also suffered from illicit drug trafficking that led to more addictions across the region and economic downturns, especially with Pakistan needing an IMF bailout. This grave reality-check brought some consensus for a political solution in Afghanistan. Challenges still remain with the Taliban not wanting to enter into talks with the Afghan government, and gaining support from unusual partners such as Iran and Russia, complicating a regional consensus.

At the same time, Doha enjoys a great degree of good relations with a majority of the parties involved in the Afghan affairs. Pakistan, as the main sponsor of the Taliban, enjoys friendly relations with Qatar. Islamabad and Doha have entered into a strategic security partnership and economic ties for many years. Furthermore, Qatar enjoys close relations with Iran. During the Gulf crisis and Saudi led blockade, Iran was one of the first countries that supplied necessary food items and most importantly gave airspace access to Qatari air traffic.

Doha has also maintained cordial relations with Moscow, although they had their differences over Syria. Russia continues to remain neutral in the Gulf crisis and offered civilian assistance to Qatar. In return, Doha proposed Foreign Direct Investments in Russia. In March 2018, after a visit by the emir of Qatar to Moscow, Qatar Airways announced that it plans to purchase a 25% stake in Russia’s Vnukovo Airport.

Additionally, Qatar is a close strategic ally of the United States. The peninsula is hosting the largest US military presence in the Middle East. There are some 11,000 US military personnel based at the US Combined Air Operations Center in Al Udeid Base, which serves as the main source of airpower and logistics for operations in Afghanistan, Iraq, Syria and several other countries in the region. Doha and Washington also enjoy economic and cultural ties.

Qatar hosts branches of some top American educational centers in Doha, including the Carnegie Mellon University, Georgetown University, and Brookings Institution, and there are robust economic ties between the two countries. During the Gulf crisis, while the White House initially sided with the Saudis, it later toned down its stance and offered to play a constructive mediator’s role. The US has also expressed appreciation for Qatar’s role in facilitating peace talks with the Taliban.

Kabul-Doha relations are limited, but Qatar has helped the country with small-scale developmental and education projects, as well as participating in international fora on Afghanistan. On a number of occasions, Qatar has offered to mediate between the Afghan actors of the conflict and condemned militant attacks. However, Qatar does not have an embassy in Kabul and operates through its Islamabad embassy. The Afghan government recognizes Doha’s role in the mediation process and curtailing Taliban financing. Kabul has said it welcomes positive peace efforts that are “genuine and tangible.” Afghanistan’s embassy in Doha has even advocated for forging closer economic and cultural relations between the two countries.

Doha can play an instrumental role in creating a regional consensus around the question of Afghanistan and mediating between the Afghan elements. At the very least, Doha can act as an influential balancer. Qatar with its good standing with regional actors can influence Pakistan, Iran, and Russia and the prospects of a regional consensus towards ending the war. Doha can also use its leverage over the Taliban and encourage the group to enter direct negotiations with the Afghan government and agree to a ceasefire – a proposal that was raised by the Afghan government in August. Establishment of Qatar’s diplomatic mission in Kabul can also help in this regard.

Overall, Doha can play a more prominent role in Afghanistan by proactively participating in diplomatic efforts and positively influencing the actors. This way Qatar can gain international recognition for its contribution to international conflict resolution efforts that can lead to ending a chronic conflict and boost its soft power in the global arena. But it still remains to be seen whether Qatar will, in fact, take on a more prominent role in the Afghan peace process.

Said Sabir Ibrahimi is a Research Associate for Afghanistan‑Pakistan Regional Project at New York University‘s Center on International Cooperation. Opinions expressed in this article are personal. Stay in touch on twitter @Saberibrahimi

Please note that opinions expressed in this article are solely those of our contributors, not of Political Insights, which takes no institutional positions.

Newsy: “US, Taliban may be negotiating ending Afghan war