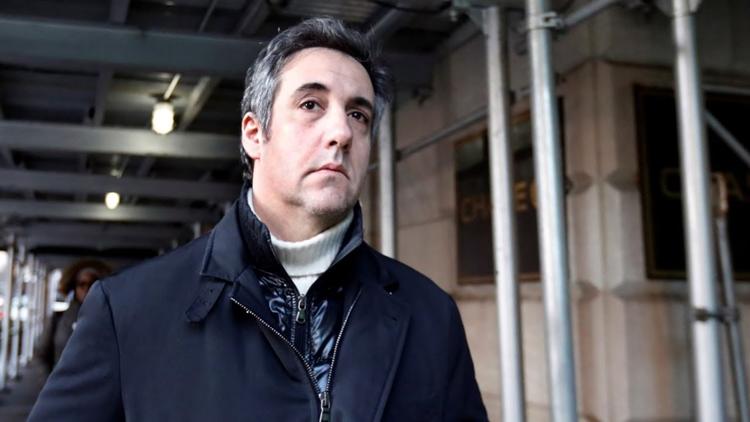 Ann Arbor (Informed Comment) – The Mueller sentencing document for Michael Cohen, Trump’s former personal attorney and fixer, is not nearly as important as that from the office of the United States Attorney for the Southern District of New York. Robert Khuzami, Thomas McKay and their colleagues not only laid out 5 major crimes committed by Michael Cohen but they established a basis for charging Donald J. Trump with a felony.

The US Attorney’s office maintained that Cohen’s payoff to Stormy Daniels and Karen McDougall in the days before the 2016 presidential election constituted an infraction against US election laws and that it was ordered by Donald J. Trump. It was illegal because it constituted an expenditure of funds to conceal a fact pertinent to the election from the public:

“During the campaign, Cohen played a central role in two similar schemes to purchase the rights to stories – each from women who claimed to have had an affair with Individual – 1 – so as to suppress the stories and thereby prevent them from influencing the election. With respect to both payments, Cohen acted with the intent to influence the 2016 presidential election . Cohen coordinated his actions with one or more members of the campaign, including through meetings and phone calls, about the fact, nature , and t iming of the payments. (PSR ¶ 51 ). In particular , and as Cohen hims elf has now admitted, with respect to both payments, he acted in coordination with and at the direction of Individual – 1. (PSR ¶¶ 41 , 4 5 ).”

If what Cohen did was illegal, then he will now be sentenced for the deed. But what will happen to Individual-1 (Trump), who ordered him to commit the act?

It is a peculiarity of campaign finance law that those who violate it must do so in full knowledge that that is what they are doing, in order to be convicted. Usually, ignorance is not an excuse under the law, but in this case, it is.

Trump could conceivably avoid being indicted on violation of campaign finance laws on the grounds that although he told Cohen to break the law, he did not understand that he was thereby breaking the law.

Trump, however, repeatedly lied about the pay-offs to Daniels and to McDougall, which is strong evidence on the face of it that he knew they were illegal. Otherwise, why lie?

It is also possible that the FBI has corroborating evidence from Cohen or from papers in Cohen’s office, demonstrating that Trump knew that having these two potentially greedy or vindictive women out there on the eve of the election was dangerous to his prospects.

This is the first legal document I’ve seen from the Mueller probe that actually could result in jail time for Trump. It probably isn’t a serious enough and clear enough crime to turn the Republicans against him such that he could be impeached in the Senate. But if he ever goes before a judge, this sex cover-up on the eve of the election could be the end of him.