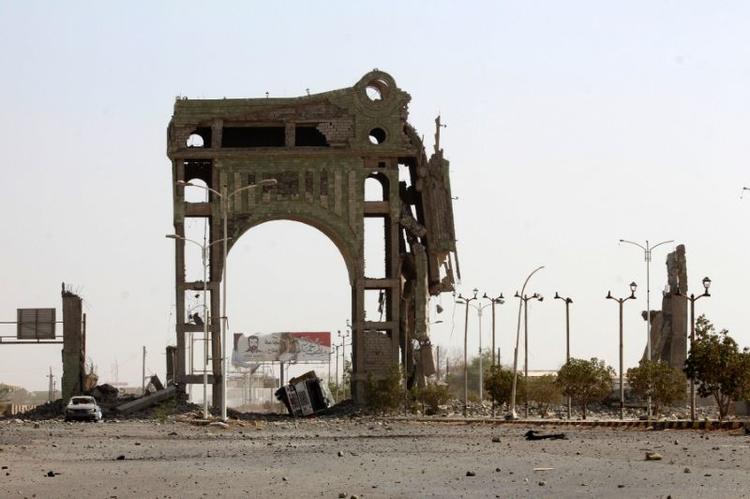 The United Nations has submitted proposals for de-escalation in the flashpoint Yemeni port city of Hodeida as well as the country’s third city of Taiz to warring parties at UN-sponsored talks in Sweden.

The Yemeni government, which is backed by Saudi Arabia and its military allies, has been battling the Iran-backed Huthi rebels for control of Yemen for nearly four years, spawning what the UN calls the world’s worst humanitarian crisis.

The government and Huthi teams are in Sweden for talks expected to continue until the end of this week, the first since more than three months of negotiations collapsed in 2016.

Under discussion on Monday were the fate of the Hodeida, vital to aid and food imports, and Taiz, the scene of some of the most intense battles in Yemen.

Other issues on the table include humanitarian corridors, the reopening of the defunct international airport in the capital Sanaa and a massive prisoner swap.

The talks mark the first of what UN special envoy Martin Griffiths said he hoped would be multiple rounds, with plans to hold more negotiations in early 2019.

Delegates on both sides on Monday said the prisoner swap had been largely finalised. Implementation will be overseen by the International Committee of the Red Cross.

UN envoy Griffiths said he hoped the swap “will be very very considerable in terms of the numbers that we hope to get released within a few weeks”.

The fight for Taiz and Hodeida, however, shows no sign of waning.

“These are two major population zones in Yemen caught in war,” Griffiths told reporters on Monday.

“I’m hopeful that we can reach agreements on the de-escalation to reduce the fighting in both places… We’re not there yet.”

Initial drafts of the proposals on Hodeida and Taiz, seen by AFP Monday, called for a mutual ceasefire.

The Hodeida draft stipulated that the Saudi-led military coalition fighting the Huthis would cease an offensive on the rebel-held city in exchange for a Huthi withdrawal.

The area would then be put under the control of a joint committee and supervised by the United Nations. The document did not propose the deployment of UN peacekeeping troops.

Griffiths said the UN was working on a “simpler draft” which was still under discussion.

In a rare gesture, Salim al-Moughaless, a Huthi negotiator, and Ahmed Ghaleb, a government official, shook hands for the cameras Monday, following a request by photographers.

The Saudi-led coalition said military operations were ongoing in Hodeida, as the Sweden talks marked their fifth day. 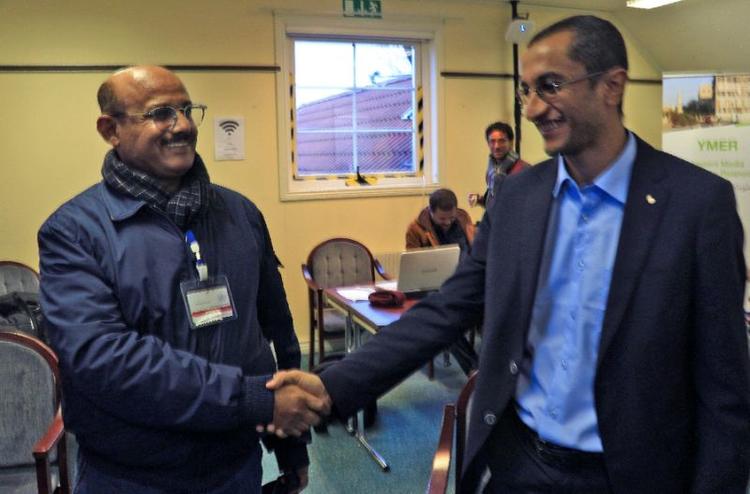 Huthi representative Salim al-Moughaless (R) and Yemeni government representative Ahmed Ghaleb at talks in Sweden where the two sides have exchanged some 15,000 names for a prisoner swap (AFP Photo/Essa AHMED).

“The rebels have fortified their defence lines inside Hodeida city,” said coalition spokesman Turki al-Maliki. “We are working to create safe humanitarian corridors from Hodeida to Sanaa.”

The UN has regularly urged the coalition to suspend operations in the densely-populated city, home to 600,000 people and a traditional conduit for 90 percent of food imports to Yemen.

The Huthis seized the Red Sea city in 2014. The government launched an offensive in June to drive out the rebels.

Aid groups have warned the destruction of Hodeida would worsen the humanitarian crisis in Yemen, where the UN estimates 14 million people face starvation.

The initial UN draft proposals for the southwestern city of Taiz, under the control of pro-government forces but besieged by the rebels, called for an unconditional ceasefire, a joint working group that includes the UN to monitor it, and the reopening of all roads and Taiz airport for humanitarian operations.

The World Health Organization says nearly 10,000 people have been killed in Yemen since 2015, when Saudi Arabia and its allies joined President Abedrabbo Mansour Hadi’s fight against the Huthis. Other rights groups say the toll could be as high as 50,000.

Featured Photo: Hodeida has been at the heart of a government offensive to drive the rebels out since June (AFP Photo/Saleh Al-OBEIDI)