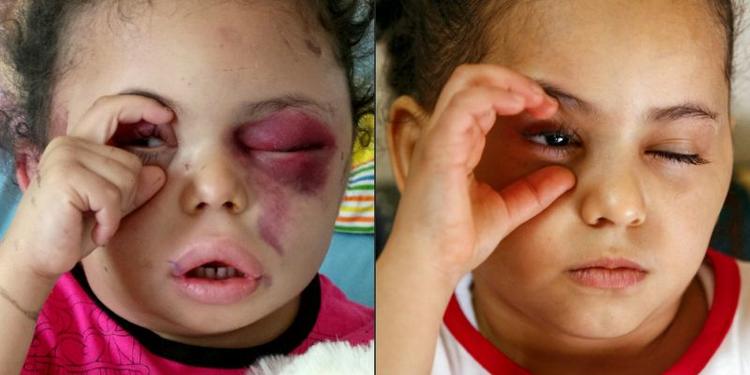 By Jamil Nasser with Dana Moukhallati in Dubai

Buthaina Mansur al-Rimi’s life has changed drastically since last year — orphaned in Sanaa, the little girl controversially ended up in Saudi Arabia for medical care and has just returned to Yemen’s capital.

Her entire immediate family was wiped out in an air strike by a Saudi-led coalition that backs Yemen’s government, using an explosive device Amnesty International says was made in the US.

Images of Buthaina’s rescue and a picture of her swollen and bruised at a hospital trying to force open one of her eyes with her fingers were beamed worldwide.

That international fame saw her become something of a propaganda pawn in the war between Yemen’s Iran-backed Huthi rebels and Saudi media.

In an interview with AFP, Buthaina and her uncle Ali — her legal guardian — recall the strike that killed her parents, four sisters, only brother and another uncle.

“I was in my mother’s room with my father, sisters, brother and uncle,” Buthaina tells AFP from rebel-held Sanaa, where she has returned from Saudi Arabia to live with Ali and her cousins.

“And then the house fell,” adds the little girl, who says she is eight. 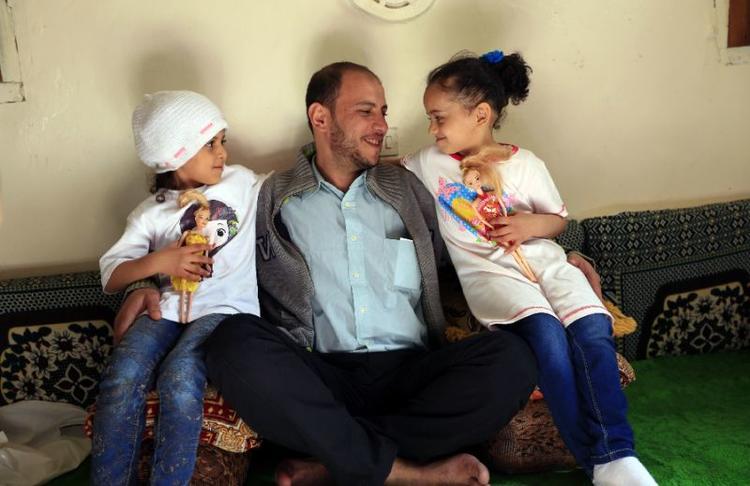 Buthaina al-Rimi (R) sits with her uncle Ali and her cousin in the uncle’s home in Sanaa (AFP Photo/Mohammed HUWAIS).

The uncle who died was her “favourite”, she says.

Along with her family, eight other civilians — including two children — were killed in a house nearby.

The Saudi-led alliance admitted responsibility for the air strike describing it as a “technical mistake”.

But it drew strong international condemnation.

In the week ahead of that strike, 42 people were killed in other air strikes, according to the UN.

A month after her close family was wiped out, pictures of Buthaina appeared in Saudi media showing her being treated in Riyadh.

The circumstances surrounding her move from Sanaa to the Saudi capital remain unclear.

The Huthi rebels say Buthaina, her uncle Ali and his family were “kidnapped” by the coalition and taken to government-held Aden, before travelling onwards to Riyadh. 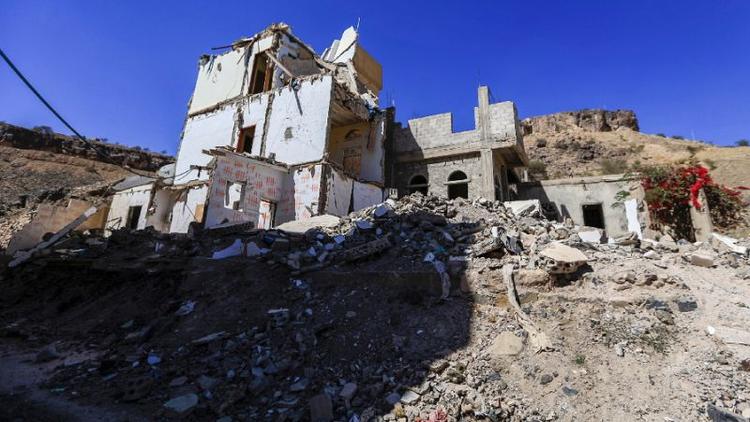 Buthaina’s home was reduced to rubble after the Saudi air strike in August 2017 (AFP Photo/Mohammed HUWAIS).

Saudi media said she was brought to the Saudi capital at the request of the internationally-recognised Yemeni government.

Although the Saudi government has never commented officially on Buthaina’s case, pictures of her apparently boarding a private jet from Riyadh to Sanaa were published by the Al Riyadh newspaper on December 19.

The Huthis’ Al-Masirah media outlet has published stories welcoming them back from the “grasps of Saudi Arabia”.

“Eye of humanity exposes the enemy”, ran one headline.

Mahdi Al-Mshat, head of the rebels’ Higher Political Council, has ordered Buthaina and her remaining family be offered a home and salary, according to the rebels’ Saba news agency.

Buthaina says she is looking forward to going to school for the first time.

Looking healthy, she sits on the floor of her uncle’s home in Sanaa.

She plays alongside her cousins with a doll, braiding its hair.

“I want to go to school and become a doctor,” she tells AFP, her own hair tied in a ponytail.

Her uncle, sitting behind her, nods.

Both the Huthis and the Saudi-led coalition stand accused by a UN panel of experts of acts that could amount to war crimes.

While the Huthis have been accused of widespread and indiscriminate use of landmines, the coalition has come under fire for air raids that have killed civilians, including children, in rebel-held areas.

Buthaina’s return to her home city comes amid a ceasefire agreement in the lifeline port city of Hodeida — part of a peace push seen as the best chance yet of ending four years of devastating conflict.

It has been a long journey back home for the little girl, who became a symbol of Yemen’s war.

Ali says that she still struggles with the loss of her family.

“She doesn’t forget her mum and dad. She feels sad when she sees things that remind her of her parents or siblings… or when she hears the songs her father used to listen to,” he says.

“We tell her to hold on and that they are in heaven… and heaven is a beautiful place.

Ali says that Buthaina is his “flesh and blood” and considers her a daughter.

Holding back tears, he says: “When their house collapsed, I asked God not to deny me from seeing my brother again, but it’s ok. Thanks to him, Buthaina stayed with us.”

Yemen’s war has killed nearly 10,000 people, including 2,200 children, according to the World Health Organisation, but other groups say the toll is far higher.