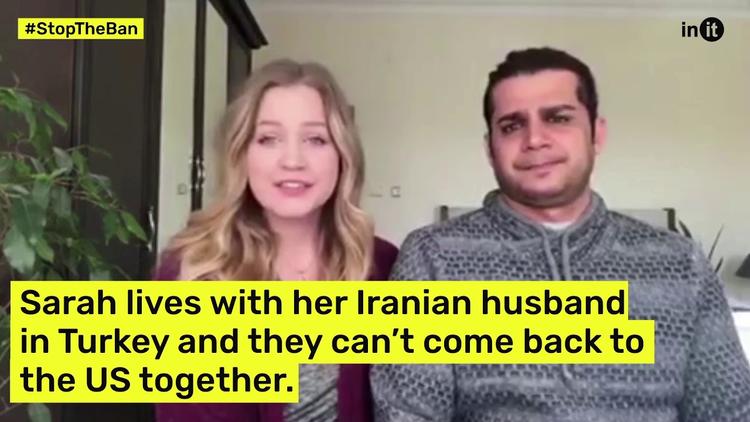 Ann Arbor (Informed Comment) – The two-year anniversary of Trump’s Muslim visa ban and Holocaust Remembrance Day have arrived more or less together, and it is worthwhile reviewing how they reveal an ugly side to America. US history is replete with racism as public policy. It has been more often our history than not, and the era since 1965 has been unusual inasmuch as there has been widespread public pushback against the use of race for policy purposes. Trump’s movement is an attempt to see whether that widespread US consensus of the past few decades can be reversed. Just as the Ku Klux Klan took over the Democratic Party in the 1920s, including the whole state of Indiana, so white nationalism has taken over the Republican Party today, including the GOP majority on SCOTUS.

There have been at least 7 major times in American history when people were excluded from the United States on the basis of race or religion (religion is tied up with race in the racialist imaginary).

3. Indian Hindus & Sikhs and other Asians. Not satisfied with measures against Buddhists, white Christians next went after Hindus and Sikhs. The 1917 Asiatic Barred Zone Act excluded from immigration everyone from the continent of Asia– it especially aimed at Indians, including especially Sikhs, but also Koreans, Vietnamese, Thai, Indonesians, etc. etc…mThe provision in the act barring “polygamists” was aimed at Muslims. Would-be Muslim immigrants were asked at their port of entry if they believed a man could have more than one wife, and if they said yes, were turned away.Japanese were not part of the act only because the Gentlemen’s Agreement already mostly excluded them. Filipinos were not excluded because the Philippines was then an American territory (i.e. colony).

4. Syrians-Lebanese. In the early 1920s, the Ku Klux Klan reappeared on the national stage and agitated against immigrants, Catholics, and Jews. The Klan infiltrated the Democratic Party and took it over, and won the whole state of Indiana. The racist 1924 Immigration act set country quotas based on the percentage of Americans from that country already present in 1890 . . . One consequence of basing the quotas on 1890 rather than, as was originally proposed, 1910, was that populations that came in big numbers during the Great Migration of 1880-1924 were often given low quotas. Populations that came in the eighteenth century or the mid-19th (e.g. in the latter case, Germans) had relatively large quotas. Syria-Lebanon (which were not separated until the French conquest of 1920) were given a quota of 100, even though tens of thousands of Lebanese came to the United States, 10% of them Muslim during the Great Migration. That community produced the great Lebanese-American writer and artist, Kahlil Gibran.

5. Other Middle Easterners, including Armenians. The 1924 Nazi-style quotas based on “race,” which mostly lasted until 1965, excluded most of the Middle East. The quota for Egypt? 100. Palestine? 100. Turkey? 100. Even the persecuted Armenians were given only 100 spaces annually. The racial hierarchies visible in the 1924 act fed into an increasing concern with eugenics, with fears of decadent races and a determination to strengthen the master race by forbidding intermarriage and even by experimenting on live human beings.

6. Jews. In the 1930s when it would have mattered, the US government excluded Jewish refugees from Nazi Germany from coming to America.

The bad economy of the Great Depression was one reason for fear of immigrants. Politicians and labor leaders worried that they would take jobs from workers already in the US. Racism was rampant. In 1924 Congress passed a basically Nazi immigration law that limited immigration on the basis of country — i.e. racial — quotas. The Semitic countries like Syria should, according to this law, keep their people (I recollect that the annual quota for Syrian immigrants was 100– even though tens of thousans of Syro-Lebanese had come from about 1880, including famed writer Kahlil Gibran. All the Norwegians could come who wanted to.)

7. This past summer, the Roberts court added another star to America’s wall of shame, upholding Trump’s visa ban. The travel ban upheld by a narrow majority on the Supreme Court causes untold heartache to Iranian-Americans, Yemeni-Americans, Syrian-Americans and other groups designated for exclusion. It also injures the First Amendment of the US constitution, which forbids the state to take a position on good and bad religion. It is a sad day that the full court did not agree with the Federal court in Hawaii, which made cogent arguments for the policy having originated in an intention to discriminate on the basis of religion, which is unconstitutional.

I wrote about the ruling of Judge Derek Watson in Hawaii:

“Judge Watson notes, “The clearest command of the Establishment Clause is that one religious denomination cannot be officially preferred over another.” Larson v. Valente, 456 U.S. 228, 244 (1982). To determine whether the Executive Order runs afoul of that command, the Court is guided by the three-part test for Establishment Clause claims set forth in Lemon v. Kurtzman, 403 U.S. 602, 612-13 (1971). According to Lemon, government action (1) must have a primary secular purpose, (2) may not have the principal effect of advancing or inhibiting religion, and (3) may not foster excessive entanglement with religion. Id. “Failure to satisfy any one of the three prongs of the Lemon test is sufficient to invalidate the challenged law or practice.” Newdow v. Rio Linda Union Sch. Dist., 597 F.3d 1007, 1076–77 (9th Cir. 2010).

The Lemon test was used to strike down blue laws that forbade businesses to operate on Sunday. The Supreme Court found that there was no secular purpose to a law that stopped everyone from working on a day of religious observance.

Watson finds that the EO targets six countries with a Muslim population of between 90% and 97% and so obviously primarily targets Muslims. “

The ban has nothing to do with security–the nationalities banned haven’t engaged in terrorism on US soil in this century. Most terrorism in the US is committed by white nationalists (many of whom support Trump).

Here are the Americans who are affected by the Travel Ban