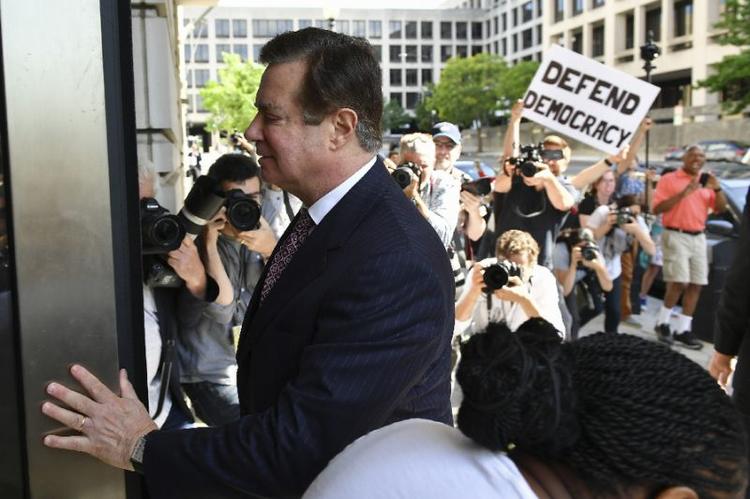 Two Ukrainian oligarchs were the intended recipients of US polling data President Donald Trump’s former campaign chairman admitted to sharing with a Russian during the 2016 presidential race, a CNN report said Wednesday, citing a source close to the matter.

Pro-Russia Ukrainians Serhiy Lyovochkin and Rinat Akhmetov had paid Paul Manafort millions of dollars over the years for lobbying work.

The revenue seemingly dried up in 2015 — but Manafort wrote to his accountant in August 2016 saying he expected $2.4 million for Ukraine-based work, according to court documents.

A spokesman for Manafort denied to CNN that the polling data was quid pro quo for the money he expected to receive, adding it was for old debts predating the Trump campaign.

But CNN said the development nevertheless demonstrated Manafort had an interest in taking money from a foreign country while he led Trump’s campaign.

According to the network, Akhmetov is one of Ukraine’s richest men and bankrolled the pro-Moscow Party of Regions.

Manafort admitted in a court filing Tuesday to sharing the polling data with Russian political consultant Konstantin Kilimnik, who reportedly has intelligence ties.

But he denied allegations from Special Counsel Robert Mueller’s Russian collusion investigation that he had lied about these dealings, arguing he merely forgot details during the hectic campaign.

The specifics of the Mueller allegations were not previously known publicly, having been blacked out in a heavily redacted December 7 filing by the prosecutor’s team.

But in Manafort’s response, the electronic formatting for the redaction could easily be bypassed, revealing exactly what he was accused of lying about.

It showed that Mueller had questioned Manafort on his discussions with Kilimnik in 2016 on a possible peace plan for Ukraine.

That could be significant, because Manafort is believed to have played a role in changing the Republican platform position on Ukraine during 2016 to a more Moscow-friendly stance.

The 69-year-old has already been convicted in one case brought by Mueller, and pleaded guilty in another, over financial crimes related to his work in Ukraine before the 2016 campaign, and for witness tampering, which also involved Kilimnik.

He had a deal to cooperate with Mueller while delaying sentencing, which eventually could mean years in jail.

But in December Mueller’s team asked the court to schedule sentencing, saying Manafort had violated that deal by lying to investigators.

Manafort’s lawyers said he had no reason to misrepresent the truth in his 12 interviews with investigators late last year.

Featured Photo: “Paul Manafort admitted to sharing US polling data with a Russian during the 2016 presidential race (AFP Photo/MANDEL NGAN).”