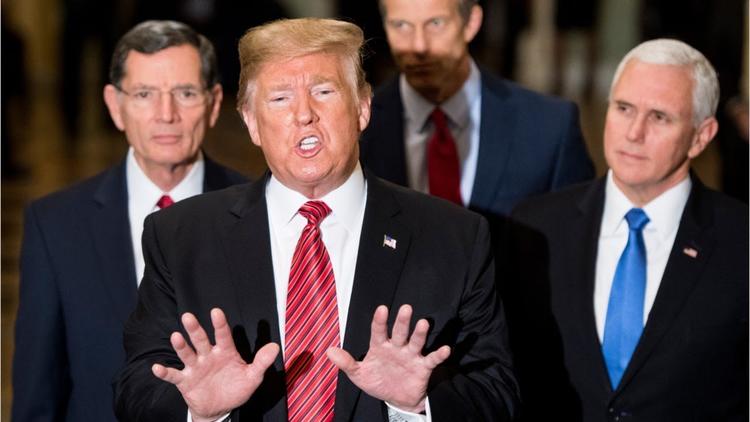 Ann Arbor (Informed Comment) – Trump’s talk of declaring a national emergency so that he can build a border wall with Mexico is the most dangerous thing he has ever said after suggesting that Saudi Arabia should get a nuclear bomb.

The 1976 law under which Trump claims he can declare a state of emergency does require a joint resolution from Congress after 6 months to allow it to continue longer than 180 days (it is a Watergate-era law and originally required a concurrent resolution). But six months is a long time.

Any such declaration by Trump would be challenged by the House Democrats in the courts, and the case would pretty swiftly go to the Supreme Court, producing a constitutional crisis.

States of emergency in the modern US are common and limited in scope. In Obama’s second term, there were thirty states of emergency, including one pertaining to Iran that had lasted since 1979. The 1979 emergency had allowed President Jimmy Carter to sequester some $50 bn. of Iranian money in US banks. That was the money that Obama returned to Iran (its rightful owner) in 2015 as part of the nuclear deal. It was never America’s money. The US only held it in escrow until the emergency had passed. Trump exaggerates it to $150 bn., and erases from history the fact that the US got this money by freezing Iranian bank accounts in the West. It was always Iran’s money; Trump tries to convince people that it was the taxpayers’ money and that Obama arbitrarily gave it away to Iran as a bribe to sign the nuclear deal. Almost everything Trump asserts is a lie.

Trump is not a normal president (or person), and he is perfectly capable of behaving like a Middle Eastern despot.

Hosni Mubarak of Egypt kept a state of emergency in place for 27 years. Only when Mubarak was unseated in the 2011 youth revolution was the decree allowed to lapse. In fact, that the emergency laws had lasted so long, erasing Egyptians’ personal liberty, mayhave been one of the causes of the 2011 Arab Spring.

We don’t want or need this kind of thing in the United States.