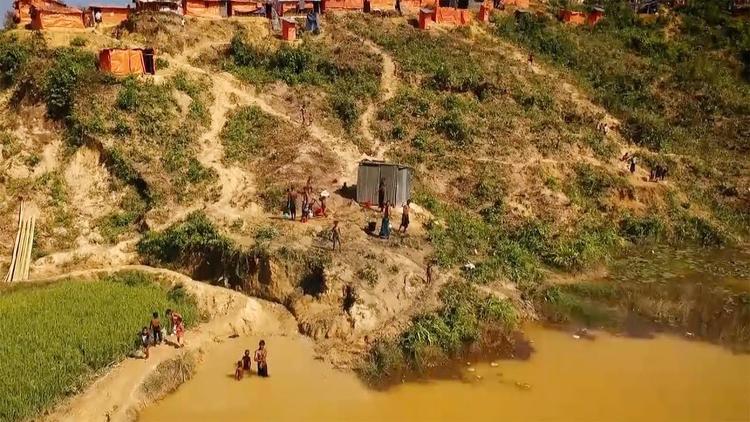 By Robert Huish and Patrick Balazo | –

New technology can have profound impacts on society in ways never intended.

The radio carried codes during the First World War, but later became a household fixture. Early telephones were leased in pairs but after Western Union, a telegraph company, adopted “exchanges,” it led to rapid long-distance communication. Likewise, mobile phones have evolved from bulky “walkie-talkies” to small supercomputers.

And now Facebook, originally a connection platform for university students, conjoins one in four people. But today, in Myanmar, Facebook is helping fuel a genocide against the Rohingya people.

Based on our research in Myanmar and in Cuba, we argue that internet usage in Myanmar is dangerous. Unbridled connection to Facebook creates what we call a “virtual coercive,” a digital space that bolsters coercion. We suggest that Cuba’s internet model may provide lessons to manage social media amid political chaos.

The utility of inventions can be unpredictable, and so too can the social impacts be catastrophic.

Distracted driving is an unforeseen consequence of mobile phones that kills or maims thousands each year. Dealing with distracted driving involves better driver education, curbing usage behind the wheel and penalties for stupidity.

Radio enabled unimaginable horrors during the 1994 genocide in Rwanda.

But in conditions of genocide, can a technology like radio be limited or restricted? It’s an essential service, but with blood on its hands. That’s a burden Facebook now shares.

In 2010, Myanmar had 130,000 heavily restricted internet users. In seven years, SIM card prices plunged from more than US$3,000 to $1. The government also relaxed censorship laws, allowing Facebook to attract 30 million Burmese users. Many of them view Facebook as the internet.

Beginning in late August, Burmese security forces pursued a scorched-earth campaign against the Rohingya. Some 6,700 were killed and 645,000 were forced to to seek refuge in Bangladesh.

The military junta’s monopoly on information has provided little arena to foster media literacy. Such propaganda in this virtual coercive of anti-Rohingya propaganda preys upon the ill-informed. For many, the misinformation spread through Facebook justifies what the United Nations has dubbed a textbook example of ethnic cleansing.

Myanmar citizens now have unbridled access to low-cost internet on their mobile devices. Freedom of speech advocates will laud this. But this open information pipeline reinforces Facebook’s dark side of self-reaffirmation with limited perspective.

This is to the Burmese military’s advantage. Just as radio fuelled genocide in the 1990s, Facebook is making it happen in Myanmar today.

Considering this, we argue that constant Facebook use in Myanmar is too risky to ignore. Societies require spaces for tolerance of differing ideas, trade, negotiation, volunteerism and face-to-face dynamics. This is lacking in Myanmar.

Cuba may be an important example in this discussion.

The nature of internet access in Cuba has not led to the abusive coercion or divisive politics. Protests through social media that are common in other parts of the world do not exist in Cuba.

Internet in Cuba is, simply put, expensive. Spending US$3 for an hour of WiFi in internet parks is about 10 per cent of a Cuban’s monthly earnings. With only limited time to be online, Facebook’s bandwidth-clogging bulk makes it unpopular in Cuba. Instead, other SMS and chat apps such as IMO, a direct video chat service, is preferred.

Cuba has only limited capacity to monitor its internet traffic, and the government worries about unbridled access.

And so Facebook cannot be accessed during working hours in most government and university settings in Cuba. It creates a disincentive to rely on Facebook for news and connections.

Cubans surf the net in small doses and often in public spaces. This breaks the virtual coercive through face-to-face interactions.

The shortcomings of Cuba’s model are obvious given it creates a barrier to information. Free-speech advocates will be quick to dismiss the idea of limiting the time spent online, never mind the dangers of a state having the responsibility to curtail social media.

But is unbridled access to Facebook really a pillar of free speech if the platform can be harnessed for the purpose of eliminating an entire population?

It’s time to entertain disconnecting from the virtual coercive in order to engage in real space. Maybe in this way, Facebook’s dark side can be kept at bay while still serving its original purpose of connecting people and enriching, not destroying, lives.