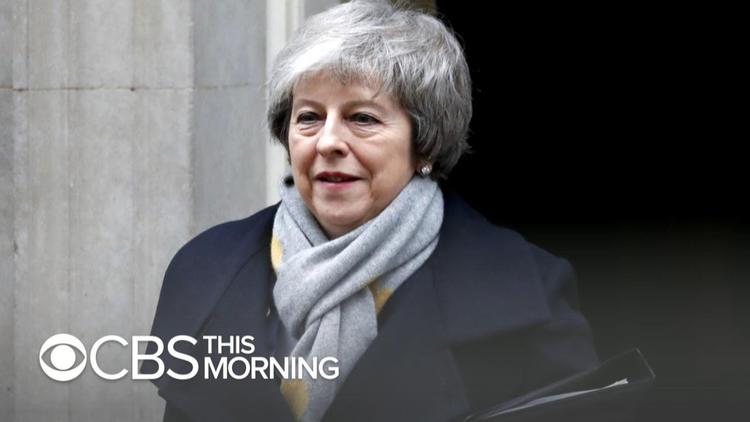 British Policy and Politics (LSE Blog) – When Theresa May proclaimed ‘no deal is better than a bad deal’, she was talking primarily about the long-term UK-EU relationship, not the initial divorce. Craig Berry explains how, through a combination of opportunism and incompetence, Britain crashing out of the EU has become a very real possibility.

. . . ‘No deal’ has become a very real possibility. How did we get here? The possibility of a no-deal Brexit only really entered the lexicon of mainstream politics after Theresa May’s Lancaster House speech in January 2017, in which she argued that ‘no deal is better than a bad deal’. We immediately misunderstood what she meant by this, in part because the speech was a quite deliberate attempt to confuse.

The ‘no deal’ confronting Britain now means ‘crashing out’ of the EU without a withdrawal agreement, which means no transitional period, limited reciprocal arrangements for EU citizens living in Britain and vice versa, and the immediate imposition of trade barriers. The ‘no deal’ of May’s speech, however, referred to the prospect of a future trade arrangement – not the initial divorce. Inheriting a premiership without a plan, May was keen to instigate simultaneous talks on withdrawal and free trade, in the hope of settling Brexit quickly. In threatening to turn Britain into a giant tax haven, the Lancaster House speech was a futile attempt to frighten the EU into negotiating both deals at the same time.

The suggestion was quickly consigned to irrelevance. The EU did not blink, instead pointing out that withdrawal had to be agreed before trade talks could begin. There is the legal impossibility of the UK signing a trade deal with current EU members, and the political imperative to ensure that dissenting members understand the consequences of leaving the EU before they start imagining the possible benefits of doing so.

The political bind for May was clear. The EU insisted on an orderly withdrawal before trade talks (which would then ensue during a transitional period). To avoid damaging the Irish economy and jeopardising the Northern Ireland peace process, something like the ‘backstop’ – in case a two-year transition was not long enough – was always going to be necessary.

But May knew this meant she would struggle to get a withdrawal deal through parliament unless she could also offer the sunny uplands of the post-Brexit trade relationship at the same time. Although the leading Brexiters in the Conservative Party are now seemingly content to leave the EU without a withdrawal deal, the irony of Britain’s present predicament is that the Leave campaign’s offer in the 2016 referendum was not ‘no deal’ at all, but rather a very comprehensive free trade deal as an alternative to EU membership.

May is not nearly as committed to free trade with the EU after Brexit. Her opposition to free movement of labour within Europe means the trade deal she would ultimately have signed with the EU, given the chance, would have been significantly less soft than anything most of her Brexiter critics, with few concerns about immigration, would have advocated. May is much more concerned about the short-term consequences of crashing out, and as such quite prepared to propose a modern take on beggar-thy-neighbour trade policy in order to get a withdrawal deal that stood a chance of gaining the consent of parliament.

The very soft (and somewhat fantastical) Brexit offered by the Leave campaign was, in reality, an accelerated version of the journey Britain and the EU were already on, together, with a renewed zeal for trade liberalisation, and the political integration of Eurozone countries allowing Britain a refreshed status as the leading member of the single market’s outer ring.

Boris Johnson, for instance, chose to campaign for Leave – offering the Eurosceptic perspective a veneer of centrist respectability – only because it served his career ambitions. Subsequently outmanoeuvred by May in the post-Brexit Conservative leadership election, he was caught out again after Lancaster House and David Davis’ mishandling of the initial negotiations. His instruction to the EU in July 2017, as Foreign Secretary, to ‘go whistle’ for budget contributions, was one of the low points of Britain’s recent political history (admittedly, it is a competitive field). Yet it was purely a consequence of being forced to take a hard line on the divorce deal – a process most Conservatives Brexiters had failed to register as decisive – after it had become inadvertently politicised.

From that point on, few Brexiters have had the courage to challenge the conflation of the withdrawal agreement and subsequent trade arrangements in the public consciousness, in fear of being associated with May’s doomed leadership. This is despite the fact they had consistently argued that a UK-EU free trade deal would be ‘one of the easiest in human history’, and that Britain ‘holds most of the cards’.

And now they essentially find themselves campaigning against a withdrawal deal of any nature, and by extension any free trade deal between Britain and the EU. It is a quite incredible reversal. By dangling the prospect of a quick ‘give and take’ deal with the EU, May has ensured that any outcome which looks more like ‘give’, with the ‘take’ only coming later, is seen as a betrayal of the referendum result.

The parliamentary arithmetic suggests that a no-deal Brexit remains unlikely. But we can say the same about every other outcome, including the successful passage of the existing withdrawal agreement, or a second referendum. Where we end up is genuinely unpredictable. The fact that Britain is contemplating leaving the EU without a withdrawal agreement – denying ourselves even the opportunity of a new trade deal – is a painful demonstration of how perverse our politics has become.

CBS This Morning with Roxana Saberi: “Why the landslide defeat of Theresa May’s Brexit deal matters to the U.S.”