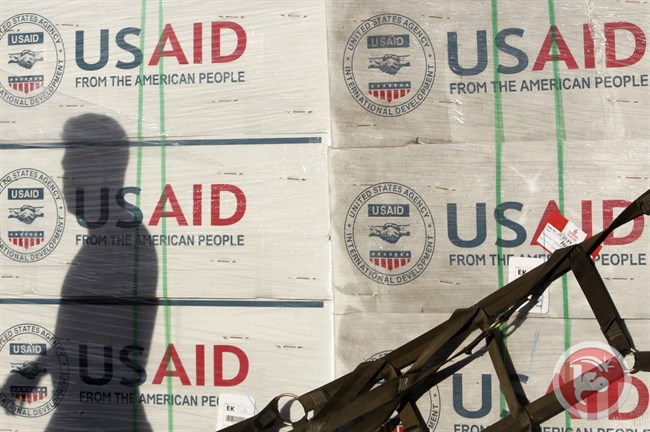 BETHLEHEM (Ma’an) — The United States Agency for International Development (USAID) will end all its projects in the occupied West Bank and the besieged Gaza Strip on January 31st following the US administration’s decision to cut funding to the Palestinians, Dave Harden, former USAID Mission Director and Managing Director of the Georgetown Strategy Group, confirmed on Thursday.

According to Hebrew-language news outlets, Harden expressed deep concern over the move to shut down USAID and said that the US administration “demonstrates again a lack of nuance, sophistication, and appreciation for the complexity of the situation.”

The shut down on January 31st matches the implementation of the Anti Terrorism Clarification Act, a bill signed into law last October by the Trump administration, which creates liability for the Palestinian Authority (PA) should it accept any foreign assistance from the US government – effectively shutting dwon all USAID programming.

Harden posted on his Twitter account that halting USAID projects in the West Bank and Gaza was “another example of the end of the two-state solution.”

Dan Shapiro, former US Ambassador to Israel, responded on Twitter asking whether the PA will continue to accept US assistance for their security forces “if it is the only stream of US funding.” That, he said, “would layer another security risk on top of the ones associated with economic instability.”

The Jerusalem Post reported that several foreign nationals who were assigned to various USAID projects in the West Bank and Gaza Strip have left the country in recent weeks and months together with their families after being informed of the decision to end the projects they were working on at the end of this month.

US President Donald Trump’s administration notified Congress of its decision to cut more than $200 million in bilateral aid to the Palestinians, in August 2018, following a review of the funding for projects in the West Bank and Gaza Strip.

“At the direction of President Trump, we have undertaken a review of US assistance to the Palestinian Authority and in the West Bank and Gaza to ensure these funds are spent in accordance with US national interests and provide value to the U.S. taxpayer,” the State Department said. “As a result of that review, at the direction of the president, we will redirect more than $200 million … originally planned for programs in the West Bank and Gaza.”