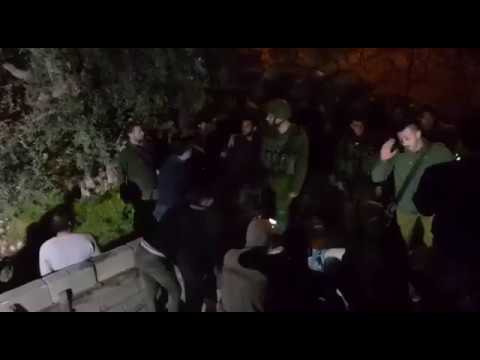 Settler attacks against the Palestinians in the occupied West Bank tripled in 2018, Israeli newspaper Haaretz reported on Sunday.

Israeli settlers carried out at least 482 attacks against Palestinians last year, up from only 140 in 2017, the daily said.

The settler attacks ranged from “beating up and throwing stones at Palestinians, painting nationalist and anti-Arab or anti-Muslim slogans, damaging homes and cars to cutting down trees belonging to Palestinian farmers”.

Haaretz attributed the decrease in settler attacks during 2016 and 2017 to the “response of the [Israeli] authorities following the firebombing of a home in the West Bank village of Duma, which took the lives of three members of the Dawabsheh family.”

In July of 2015, Israeli settlers torched the Dawabsheh family’s West Bank home in an attack that claimed the lives of two Palestinians and their 18-month-old baby. Their eldest son, Ahmed, 6, survived the attack, but suffered severe burns that have affected his mobility.

The incident sparked international outrage at the time, with the Dawabsheh family accusing Israel of dragging its feet in prosecuting the suspects despite admissions by Israeli officials that they knew who was responsible.