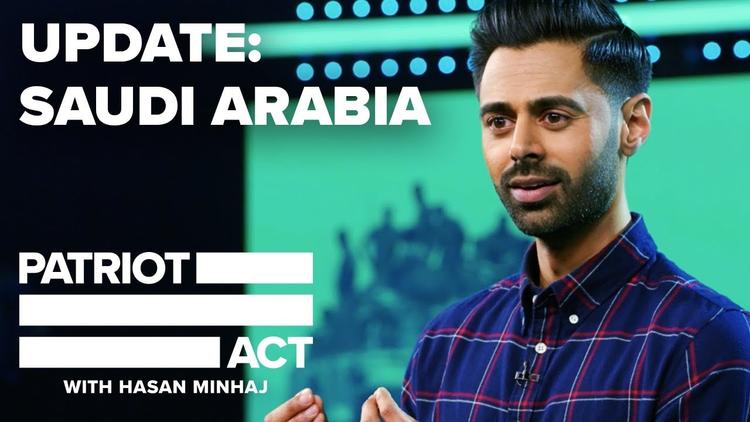 Ann Arbor (Informed Comment) – Netflix has been forced to pull Episode 2 of comedian Hasan Minhaj’s “Patriot Act” for Saudi viewers because it criticizes the murder of dissident journalist Jamal Khashoggi on October 2 at the Saudi consulate in Istanbul, in which a bone saw was used to cut up the corpse.

Netflix points out that Saudi viewers can still see the episode on YouTube, which is true. (I have embedded two Minhaj programs on Saudi Arabia from YouTube below). But it is worrisome that Google has been under similar pressure from various governments to find a way to tailor YouTube programming and search results per country.

German philosopher and sociologist Jurgen Habermas put forward the principle that effective communication requires mutual intelligibility. That is the real reason that sociology is incommensurate with, say, theology as a discipline. Because a theological statement is culture-bound and can’t be understood or accepted by members of other religions. Good sociology, including sociology of religion, has to be intelligible to Japanese Buddhists, Saudi Arabian Muslims, and German Lutherans equally if it is to aspire to the status of science. Moreover, this mutual intelligibility and communicative rationality is, he argues, crucial for democracy. Saudi Arabia and other authoritarian states would like to balkanize knowledge if they could, in order to propagandize their own population without fear of contradiction– at the cost of destroying mutual intelligibility. All you have to do nowadays is just watch English-language news from North Korea or most Saudi media to see a topsy-turvy world of illogic and cover-up.

Back in the 1980s I had an acquaintance, Denis MacEoin, who did a Cambridge Ph.D. and was hired to fill a Saudi-funded position at a British University. MacEoin worked on Shiite Islam and its offshoots, and he maintained that when his Saudi donors discovered his specialties, they arranged to have him fired. He wrote some successful thrillers as ‘Daniel Easterman,’ but his academic career was over. He maintained that what happened to him was a harbinger of things to come if the Saudis were allowed to shape Western academia and media.

A real danger here is that Saudi Arabia could marshal its allies such as Egypt (with a population nearing 100 million) to pressure global media over their programming, in such a way as to affect production decisions even in the United States. Saudi Arabia is gunning for prominent American Muslims like Reps. Ilhan Omar (D-MN) and Rashida Tlaib (D-MI) because it wants Muslims worldwide to be hard line Wahhabi fundamentalists and implicitly loyal to the Saudi royal family.

Minhaj’s sin may have been to speak “as an American and a Muslim.”

Muslim-Americans, who are more liberal on most issues than are American Evangelicals, will end up having a massive impact on the global faith of Islam. Hidebound Saudi Arabia is itself in the midst of a rethinking of the Wahhabi heritage, to the point where it is even allowing rock concerts. But the Khashoggi issue is about accountability, and on that score Riyadh is still unwilling to renounce authoritarian practices and censorship, a censorship it would impose on all of us if it could.