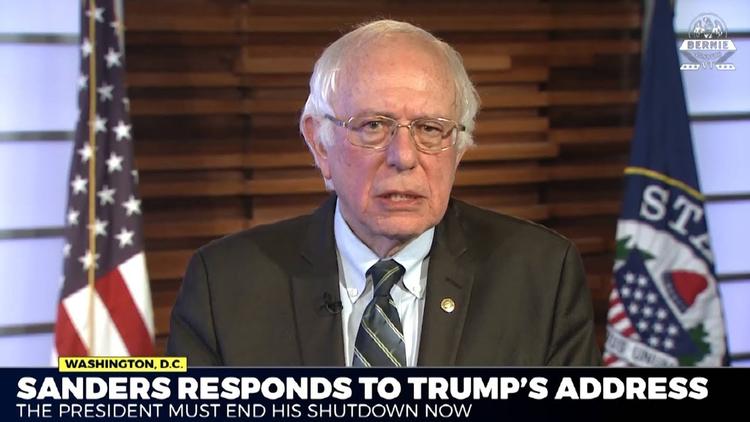 (Otherwords.org) – The president is going to demonize the media no matter what they do. So why not do the right thing?

Way back in 2014 — a century ago, it feels like — President Barack Obama requested time on major networks for an Oval Office address on immigration reform.

Fearing the subject was too “political,” the broadcast networks declined, plying viewers instead with The Big Bang Theory and Bones. Few Americans saw the speech. Immigration reform withered on the vines, which were then burned to the ground in the next election.

At 8:31 a.m., President Trump tweeted — again — that the “Fake News Media” was “truly the Enemy of the People.” Hours later, at 1:44 p.m., he announced that he was going to give a speech on the “National Security crisis on our Southern Border.”

By 9 p.m. the next night, all major networks, derided only the day before as “the real Opposition Party,” were carrying the speech.

How Obama’s address was “too political” for Big Bang Theory night but this one — in the middle of a government shutdown of the president’s own creation — wasn’t is beyond me.

Much worse than the inconsistency, however, is that networks aired the obviously political speech knowing perfectly well it would be chock full of lies. As of last October, The Washington Post counted, Trump was telling 30 lies a day, especially about immigrants.

And so it was. The first lie in Trump’s Oval Office address on the need for a border wall, The Post noted, “came in the first sentence,” and the lies continued “over the course of his nine-minute speech.”

The president complained about “a security crisis at the southern border,” even though undocumented crossings are at a 20-year low. He warned darkly that immigrants were shedding “American blood,” even though immigrants commit crimes at far lower rates than native-born Americans.

He seemed unaware that most drugs come through legal ports of entry, or that most unauthorized arrivals overstay their visas, rather than sneaking across the border. A wall would help… how, exactly?

The only crisis at the border is a humanitarian one of the administration’s making.

Fully 57 percent of people apprehended at the border are families and children, most fleeing violence and poverty and trying to (legally!) seek asylum. Trump has greeted them with tear gas, violence, and cages, and blamed desperate parents when their children die in his custody.

But facts are beside the point. The point is systematic disinformation, to the point that facts mean nothing. And besides state violence, The Nation’s George Zornick notes, this kind of climate encourages all manner of private violence.

The man who killed 11 Jews in Pittsburgh cited the congregation’s work settling refugees as a motive. Around the same time, three men in Kansas were arrested for plotting to murder Somali immigrants before the election.

Hate crimes have increased for three years straight, the FBI notes — continuously since the Trump campaign.

Mainstream media outlets can fact check false claims all they want — that’s their job. But if they’re giving a free platform to those lies in the first place — across every network! — then Trump may have a point that they’re not acting in the best interest of the people.

The president is going to demonize the media no matter what they do. So what do they have to lose by doing the right thing? That means not airing one second of lies calculated to misinform, spread hate, and justify violence against desperate families. For once, airing Big Bang Theory reruns would have been a public service.