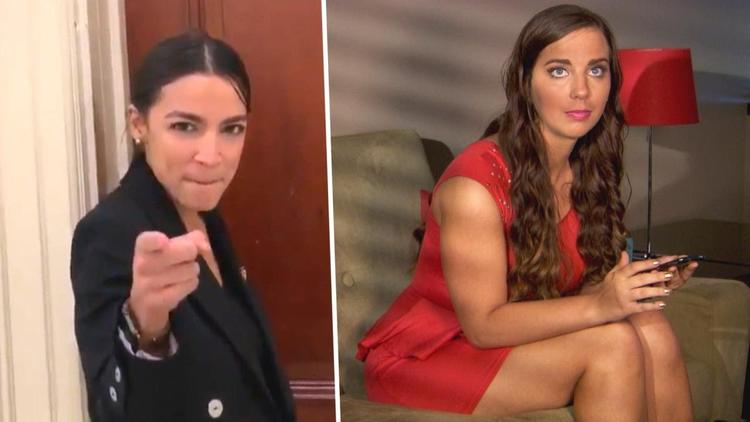 Freshman Congresswoman Alexandria Ocasio-Cortez (AOC) has come out against news organizations who are working hard to discredit or embarrass her.

Far-right and right-wing media outlets and random social media trolls have been ramping up their attacks against progressive candidates and politicians, and are especially targeting AOC based on her outspoken support for social and economic justice. Several attacks by media outlets have run the gamut from pictures of a younger AOC dancing in college to fake photos of a nude woman attributed to the congresswoman.

In one incident, a far-right newsgroup, the Daily Caller, reposted false photos of freshman Congresswoman Alexandria Ocasio-Cortez (AOC). She has proven to be a favorite target of far-right circles because of her outspokenness on social and economic justice.

“Here’s the photo some people described as a nude selfie of Alexandria Ocasio-Cortez,” was the headline of the article by Daily Caller which circulated the fake photo.

She also wrote, “Completely disgusting behavior from Conservative outlets. No wonder they defended Kavanaugh so fiercely.”

She also criticized the Daily Mail for going to her “boyfriend”s relative’s homes” in search of stories in exchange of cash.

Last week a Twitter user dug up an old college video of AOC dancing with her fellow collegemates as a mean to discredit her and her politics. She replied by dancing in front of her office at the U.S. Congress.

Along with trying to shame a young woman representative, these far-right outlets are also discouraging women from running for offices by scrutinizing, spreading fake photos, and constantly rummaging AOC.

“Many have recognized that @FoxNews has crossed a line beyond conservatism and into outright bigotry with their financing of Tucker Carlson and Laura Ingraham. Tucker finances the @DailyCaller, which posted fake nudes of me,” Ocasio-Cortez said in a tweet responding to the news.