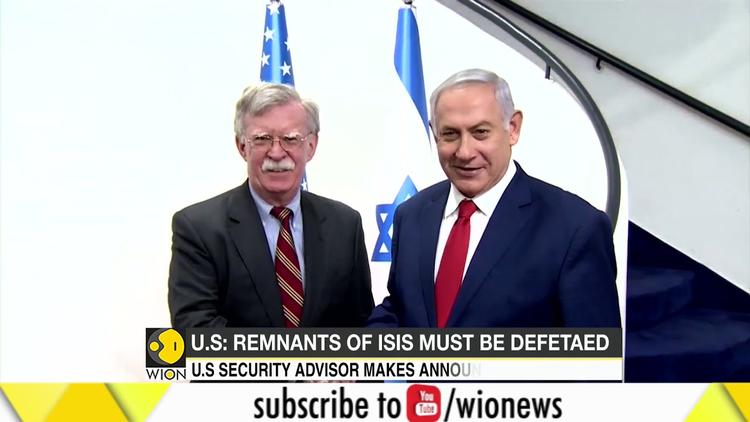 Bolton visited Israel to reassure prime minister Binyamin Netanyahu that the US will look after the interests of allies as it withdraws.

Israel doesn’t actually have any security interest in the US presence in northeastern Syria. It is dominated by leftist Kurds who are not interested in Israel and who just militarily defeated ISIL (Daesh or the so-called Islamic State group), which also never showed any particular interest in confronting Israel. Israel borders the Baathist government of Bashar al-Assad, which has reestablished a fragile control over some 70 percent of the country. The only security issue for Israel is Hizbullah, which curbs its ability to act unilaterally in neighboring countries, but the US never did anything about Hizbullah because it is allied with Russia and Washington doesn’t want a confrontation with Moscow in Syria.

Despite the irrelevance of it all, Netanyahu took advantage of the US withdrawal to beg for a bakhsheesh, for all the world like a Cairo street urchin, asking that the US recognize Israel’s illegal attempt to annex the Golan Heights from Syria. There is not a good reason for the US to join in this piece of international lawlessness.

Bolton also pledged that the US would not withdraw until it was assured that the Turkish military would not crush America’s Kurdish allies.

The US probably can’t stop the Turks from trying to overthrow the YPG leftist militia, and certainly not after it withdraws from Syria. If the task were to protect the YPG from Erdogan, the US could never leave.

The Washington Establishment is deeply divided on Trump. They love his hawkishness toward Iran and China and the Palestinians and Muslim extremism, and his tax cuts for the super-wealthy and his early-Obama-sized Pentagon budgets. But they are driven crazy by his isolationist tendencies, his bromance with Russian president Vladimir Putin and his shooting from the hip.

After Trump’s December 16 Tweet on getting out of Syria tout de suite, a feeling of dread thus gripped the inside-the-Beltway archipelago of government bureaucracies and Think Tanks where careers are made in promoting war and US military presence abroad and the expenditure of munitions (requiring the buying of new munitions and new versions of weapons. Weaponry in the time of war is the ultimate in planned obsolescence, thus making it an ideal hybrid of socialism and consumer capitalism).

The Washington Blob has swung into action to try to slow-roll Trump on the Syria withdrawal. Trump on the other hand is starting to think about 2020 and he needs to bring some accomplishment home to his base. Defeating ISIL and getting out of at least some of the Middle East strikes him as likely to appeal to his rally crowds. He had wanted to have Republicans run on it in the midterms, but former secretary of defense James Mattis and others managed to put the breaks on last summer and fall.

Staying in Syria may be Bolton’s preference, but he is not president and if he goes on countermanding Trump he may not even be in office much longer.