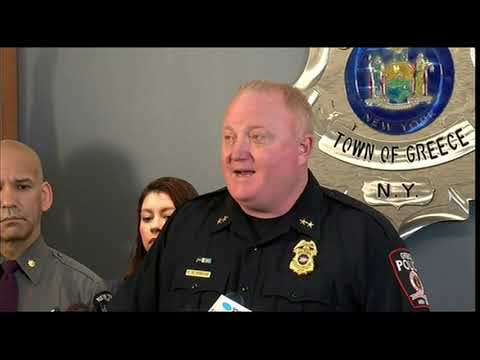 Ann Arbor (Informed Comment) – Three extremist white nationalists who plotted to blow up a Somali-American apartment complex in Kansas have been sentenced to 25 years in prison. The men made and tested explosives to use on the Somali immigrants, whom they called “cockroaches” and other terms that CNN couldn’t repeat. Somalis are Sunni Muslims. If it hadn’t been for an informant who warned the FBI, the men could well have carried out a major atrocity.

One of the Somali-American women, toward whom those alleged terrorists had hurdled abuse, was profiled in the press recently:

““This is my home. I want to become American,” said Abshiro Warsame, a Somali woman who works the late shift at the nearby Tyson beef packing plant.” Warsame came to the U.S. seven years ago, after her husband was murdered. A U.S. flag hangs in her small, shared flat. She’s studying English and Spanish.”

But let me just underline another point. Like the Norwegian terrorist Anders Breivik, whose favorite reading was Islamophobes like Pamela Geller and Daniel Pipes, these creeps initially were apparently going to attack other white Americans with whom they disagreed.

They considered assassinating local public officials! That sounds like terrorism to me. In fact, since they clearly had a political motive in wanting to shape public policy, and since they clearly intended to harm innocent civilians and even local or state officials, they fit the textbook definition of terrorism. (They weren’t charged with terrorism, because the law is written to make it hard to lay that charge against domestic terrorists; but they were charged with intent to use a weapon of mass destruction).

They considered blowing up a Sunday church service of white Christians who were following Jesus’ teachings, e.g. Matthew 25:41 . . .

‘Then he will say to those at his left hand, ‘You that are accursed, depart from me into the eternal fire prepared for the devil and his angels; 42 for I was hungry and you gave me no food, I was thirsty and you gave me nothing to drink, 43 I was a stranger and you did not welcome me, naked and you did not give me clothing, sick and in prison and you did not visit me.’ 44 Then they also will answer, ‘Lord, when was it that we saw you hungry or thirsty or a stranger or naked or sick or in prison, and did not take care of you?’ 45 Then he will answer them, ‘Truly I tell you, just as you did not do it to one of the least of these, you did not do it to me.’ 46 And these will go away into eternal punishment, but the righteous into eternal life.”’

What with being a hate group and all, I guess they skimmed over that passage.”

The polarized and hyper-racial atmosphere in the US being created by Trump’s rhetoric is a public safety and public health concern. There are about 3.5 million Muslim-Americans, and hate speech and hateful actions against them have multiplied, especially under Trump.

Then there are the three angry young men who stockpiled weapons and plotted an attack on the small New York village of “Islamberg,” home for decades to a Black Muslim group. The Islamberg residents are nice people and entirely nonviolent.

A big problem is that television news covers a similar plot by a Muslim 357 times more than it covers plots by the Western far right wing.

Trump’s rhetoric of hatred hasn’t caused these threats. But it has created an atmosphere in which they are more likely to thrive and take practical effect.