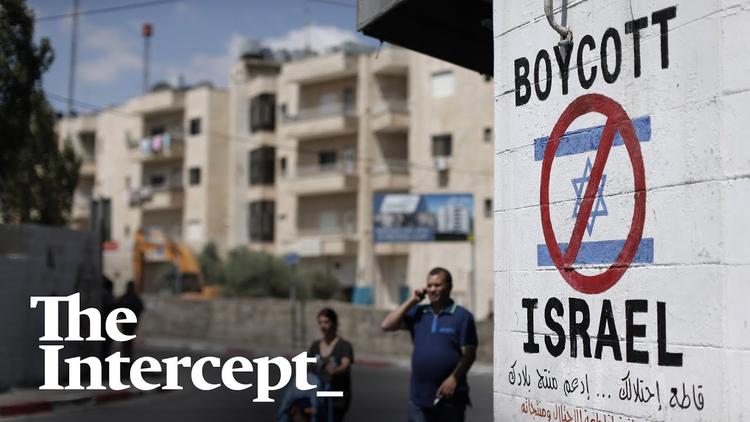 Ann Arbor (Informed Comment) – The response of Rep. Rashida Tlaib (D-MI) to the proposed the Senate bill permitting state and local sanctions on persons and companies that boycott Israel was “They forgot which country they are representing.”

They forgot what country they represent. This is the U.S. where boycotting is a right & part of our historical fight for freedom & equality. Maybe a refresher on our U.S. Constitution is in order, then get back to opening up our government instead of taking our rights away. https://t.co/KkmqjR58ZM

She wasn’t harsh enough. The senators who pushed this bill, foremost among them Marco Rubio (R-FL) and Ben Cardin (D-MD) have betrayed the Constitution. And so have the American Israel Public Affairs Committee staffers, who are attempting to gut the US Constitution on behalf of Israeli prime minister Binyamin Netanyahu. AIPAC should long ago have been made to register as the agent of a foreign power, and it is a consistent failure of the Department of Justice and the FBI that no pressure has ever been applied to the organization, which attempts to buy or bully representatives who should be standing up for their districts, not kowtowing to an international corrupt bully like Netanyahu.

Embed from Getty Images
WASHINGTON, DC – MARCH 06: Sen. Marco Rubio (R-FL) (R) is interviewed by Claire Shipman during the American Israel Public Affairs Committee’s annual policy conference at the Washington Convention Center March 6, 2018 in Washington, DC. With thousands of delegates and attendees, the annual AIPAC conference is the the largest gathering of the pro-Israel movement in the United States. (Photo by Chip Somodevilla/Getty Images).

Supporters of Boycott, Divestment and Sanctions (BDS) on Israel are protesting the continued Israeli military occupation of the Palestinian West Bank, the illegal Israeli blockade on Palestinian civilians in Gaza, and the system of land theft and denial of basic human rights imposed by Israel, which has become a form of Apartheid or in American terms, Jim Crow.

Why do senators want to pass a law to give impunity to a foreign government engaged in war crimes and racial discrimination, when the law has already been struck down by the judiciary as violating the very Constitution on which American liberties are founded, and to which these senators (apparently quite dishonestly) swore loyalty?

Moreover, this attempt to ban or punish boycotts is a stance of the Far Right and has an ugly history in the white nationalist backlash against the Civil Rights movement of the 1960s.

Supporters of Civil Rights for African-Americans put pressure on Woolworth’s and other companies to cease segregating their lunch counters by boycotting them. When the NAACP in Mississippi, led by Medgar Evers, led a boycott of Claiborne Hardware, white nationalists sued, alleging that advocating such boycotts illegally harmed the businesses.

They wanted to stop civil rights activists for standing up for African-Americans living under Jim Crow conditions of racial subjugation and forced segregation.

Unless Trump manages to so corrupt the Supreme Court that it ceases even trying to uphold the constitution, both S. 1 and the fascist state laws it seeks to safeguard will all be struck down. The senators know this. They are cynically playing for campaign donations from wealthy Evangelicals and from the Sheldon Adelsons. Even if they fail, they can tell the donors at least they tried. They are not only betrayers of the constitution, they are prostitutes.

The Intercept: “The Truth About Israel, Boycotts, and BDS”