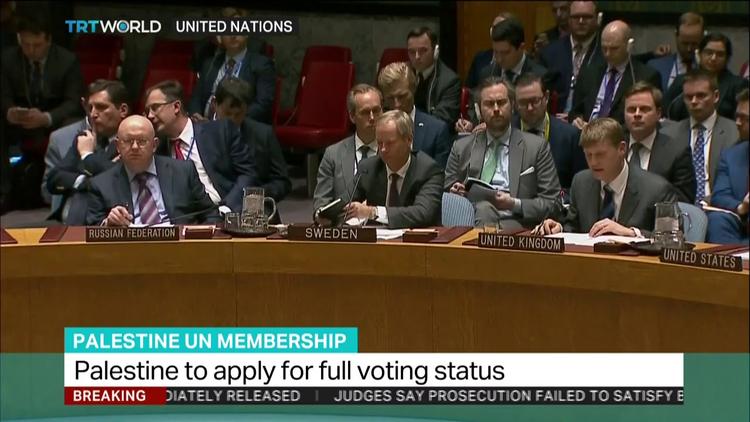 Ann Arbor (Informed Comment) – The some 12 million Palestinians in the world, the majority of them made refugees by the Israelis, lack a nation-state. A good half of them ,in addition to having no Palestinian state, do not even have citizenship in a host state. That is, the 5 million Palestinians under Israeli hegemony in the West Bank and Gaza are not citizens, and are completely stateless, as are Palestinian refugees in Lebanon, Syria, Egypt and some European countries. Same have fairly useless laissez-passer, but these flimsy documents are so feared by border agents in most countries, who fear their bearers will never depart once admitted, that they won’t recognize them. Palestinian refugees in Lebanon told me that they are essentially in prison, unable to leave Lebanon, unable to return home to Palestine, unable to own property or get most kinds of work.

The Palestine Authority created by the Oslo peace process in the 1990s has been gutted, and has no real control of the land, water, or territory of Palestine. It is more like the police forces in the Bantustans set up by white South Africans to avoid having to continue to recognize the citizenship of black South Africans.

I argue that it is because Palestinians are stateless that they can continually be screwed over by the Israelis, who are slowly but surely stealing their land and water and planting colonies in their cities such as Hebron, in preparation for eventually expelling them to Jordan and making many of them refugees all over again. Most but not all Israelis deny that this is their goal, but they are fooling themselves. It is the only possible outcome of their policies and therefore must be considered their goal.

The stateless have no standing in international institutions and fall through the cracks of international law. Israelis understand this, since the Fascists in the 1930s took citizenship away from European Jews. The Zionist or Jewish-Nationalist response was to create Israel to ensure that Jews did not remain stateless. It was their temporary statelessness under Hitler that facilitated the Holocaust, since stateless people have no tribunal in which to adjudicate their rights.

The Israeli hardliners are in essence adopting precisely the same policy toward the Palestinians as the Fascists did toward the Jews and Gypsies and gays in the 1930s, though of course they have not taken the horrific genocidal steps taken by Hitler in the 1940s. But the 1930s were no picnic for German minorities, and the danger to stateless Palestinians is that something horrible could yet be done to them with relative impunity for the Israeli leadership, for whom the United States will run interference no matter what.

All this is why it is a great good thing that the Palestinians are applying to be a full member of the United Nations, having submitted the paperwork Tuesday night.

The only thing that might at least slow the politicide of the hard right government of Israel against the Palestinians is for the latter to gain recognition as a state and have access to international tribunals that would inevitably halt Israeli colonization of Palestinian land.

The new status allows Palestine to be a member of many UN committees, with Israel having failed to block this development, and it has even been allowed to join Interpol.

Palestine cannot become a full UN member without the agreement of the UN Security Council, on which the United States will wield its veto and ensure that the Palestinians remain stateless. In fact the US has done whatever it could to stop Palestine even from being a UN observer state and from joining UN committees. US diplomacy, aimed at crushing the Palestinians on behalf of Israel, has failed so far with the rest of the UN.

In fact, Palestine has just become the leader of the Group of 77, countries of the global South at the UN.

The Palestinians know that the US will block them, but they feel that they will gain some sympathy around the world for having made the attempt. (They could well get a majority on the UNSC, which would be a moral victory). Some countries are thinking seriously about upgrading their Palestinian diplomatic missions to full embassies, which would be a way of recognizing a Palestinian state.

That the Palestinian leadership is going ahead with the application, moreover, shows the depths of their despair over any peace process and the profundity of their disappointment in the Trump administration and the government of Binyamin Netanyahu. Trump’s decision to move the US embassy to Jerusalem, half of which Palestinians claim for their capital, and Trump’s slashing of aid to Palestinians and their refugees, have left the Palestinian leadership feeling as though it has nothing left to lose from defying Trump and Netanyahu.

Just as Abolitionists engaged in many fruitless actions before the 1863 Emancipation Proclamation achieved for them their goals, so Palestinians will try out many policies and legislative approaches in an attempt to forestall being massively expropriated and displaced. It may be that down the line they too will be released from their estate of semi-slavery.