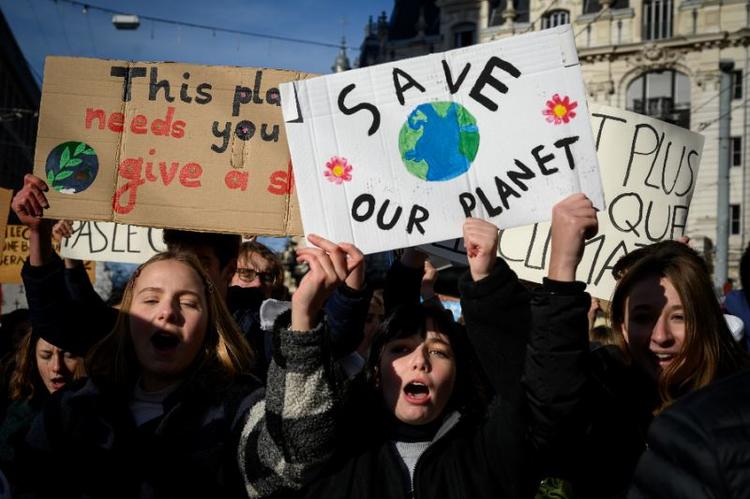 Even as Earth is buffeted by superstorms, droughts and flooding made worse by rising seas, and as greenhouse gas emissions continue to rise globally, an analysis by the World Resources Institute showed that current efforts to limit temperature increases are falling well short.

In 2017, experts identified six key milestones that mankind must hit by 2020 if the Paris climate goal of limiting global temperature rises to 1.5 Celsius (2.7 Fahrenheit) is to have a fighting chance of being met.

They include radical changes to how we get our electricity, and to how goods and services are distributed worldwide.

Chief among these are an immediate phasing out of fossil fuels, including a total halt to new coal power plant construction within two years, as well as an end to dirty energy subsidies.

The WRI on Tuesday said that achieving the 2020 goals was Earth’s “best chance” of honouring the Paris deal goals. 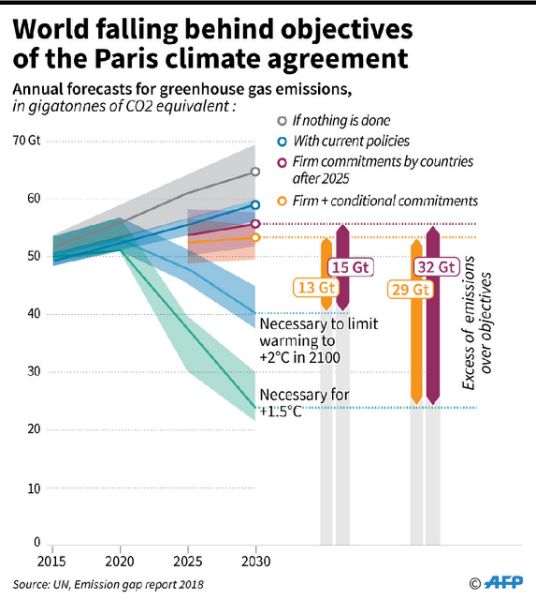 Some progress has been made in renewable energy and green finance, it said, but headway was deemed “insufficient” across a host of sectors.

“One thing from energy — where things are going much better — is how renewable energy is progressing,” said Helen Mountford, the WRI’s vice president for climate change and economics.

Renewables such as wind and solar now account for roughly 25 percent of global electricity production, not too far from the 2020 goal of 30 percent.

But the world remains seriously off course when it comes to the phasing out of greenhouse gas-producing fossil fuels.

The Mission 2020 campaign says no new coal-fired power plants should be constructed after the end of next year, and advises that all existing coal power stations should be in the process of being retired by then.

While the pace of expansion has slowed, the world is still seeing a net gain in coal capacity. More than 28 gigawatts of coal power was retired from the global grid last year — but 65 gigawatts was added.

Scientific consensus is hardening that for Earth to avoid the direst consequences of climate change, emissions must peak by 2020 and drastically reduce thereafter.

The WRI said this was the “best chance” for the global economy to be carbon neutral by mid-century and to stay beneath the 1.5C threshold.

Fossil fuel subsidies must also be entirely eliminated by 2020 to stay on track to the Paris goals, it said. 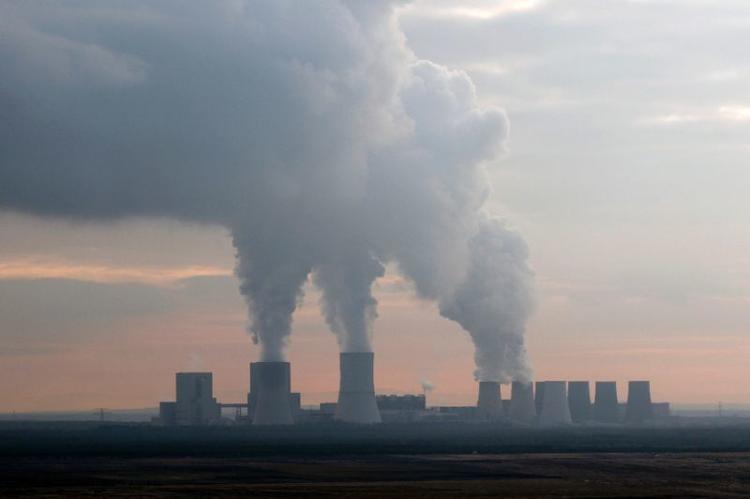 The subsidies have declined from $443 billion in 2010 to $373 billion in 2015, but major economies are yet to make good on their commitments to phase out the funding.

“Subsidies for coal, oil, and gas essentially act as a negative carbon price, reducing the costs for these polluting substances and taking up funding that could instead be used for other expenditures, including investment in sustainable development,” the WRI said.

It also called for better transparency and reporting by governments and the private sector to allow for more targeted green action to take place.

Featured Photo: “Scientific consensus is hardening that in order for Earth to avoid the worst scourges of climate change, emissions must peak by 2020 and drastically reduce thereafter (AFP Photo/Fabrice COFFRINI).”