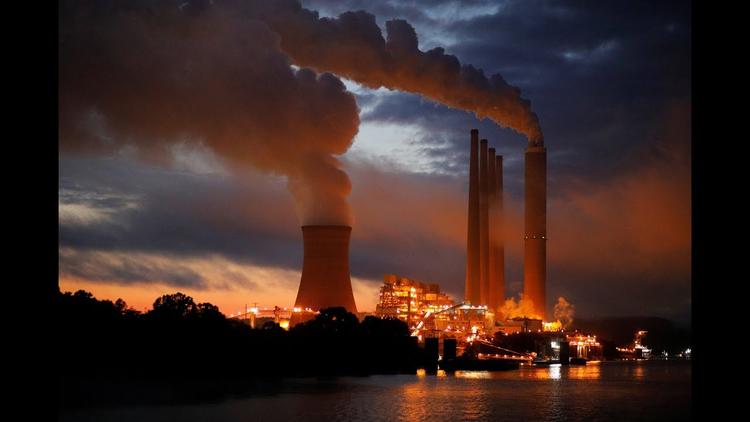 ( Otherwords) – Mercury regulations save 11,000 lives each year. Now, the EPA wants to weaken them.

While Americans were quietly preparing to ring in the New Year, the EPA gave families a deadly present to start the year off wrong.

On December 28, the Environmental Protection Agency announced a proposal that would effectively weaken the Mercury and Air Toxics Standards (MATS), which protect American families from mercury and other harmful air pollutants emitted by power plants.

The EPA “proposes to determine that it is not ‘appropriate and necessary’ to regulate” these emissions, the EPA wrote in a statement. This means that the regulations will lose the necessary legal mechanism that actually enables them to actually be enforced.

These regulations save a lot of lives — 11,000 every year, according to the EPA’s own data — and they prevent 130,000 asthma attacks annually. Stripping this regulatory power virtually guarantees more asthma attacks and more preventable deaths.

For families, those aren’t just numbers.

At any age, exposure to even small amounts of mercury can lead to serious health problems. The worst health impacts include irreparable brain development defects in babies and young children, and cancer, heart disease, lung disease, and premature death among people of all ages.

Infants, young children, and pregnant mothers are particularly vulnerable to mercury — as well as to arsenic, lead, dioxin, and acid gases, which are also regulated by MATS.

Before MATS, coal-fired power plants were the largest source of these pollutants. American families paid the price for lack of federal regulations.

I’m a fairly young person — I grew up with dire warnings about exposure to these chemicals. Yet despite overwhelming evidence of their health effects — and the longstanding availability of proven control technologies — it took over 20 years after the 1990 Clean Air Act Amendments to establish federal regulations on power plant emissions of these harmful substances.

Through the MATS program, Congress identified approximately 180 hazardous air pollutants, including mercury, and directed the EPA to draft regulations governing their emissions from power plants.

The impact has been enormous. A significant majority of top power companies have already complied with MATS, for a fraction of the originally estimated cost. It’s estimated that over 5,000 emergency and hospital visits and 4,700 heart attacks have been prevented each year as a direct result of these vital regulations.

In fact, one of the EPA’s own resources on the program highlights its widespread benefits: “The benefits of MATS are widely distributed and are especially important to minority and low income populations who are disproportionately impacted by asthma and other debilitating health conditions,” it notes.

Undoing critical health and safety standards and putting more Americans in danger goes against the very purpose of the EPA. Even utility companies, who invested in complying with the standards, are calling for the EPA to keep MATS fully intact.

Younger generations deserve to grow up protected from these harmful and deadly substances. The EPA wants to make mercury and air toxics deadlier again. We can’t let that happen.

PBS NewsHour: “How Trump’s EPA is changing the public health benefits around mercury”