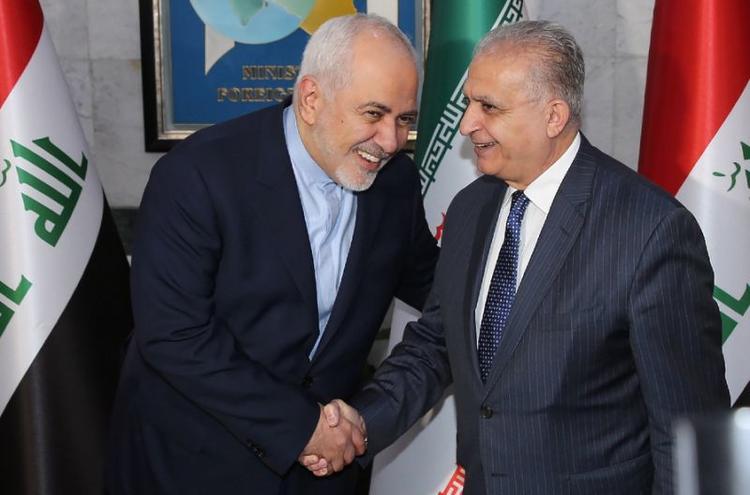 The visit came just days after US Secretary of State Mike Pompeo made a surprise stop on his regional tour to urge Iraq to stop relying on Iran for gas and electricity imports.

Washington has granted Baghdad a waiver until late March to keep buying Iranian gas and power, despite reimposing tough sanctions on Tehran in November.

After a two-hour meeting on Sunday, Iraq’s top diplomat Mohammed Ali al-Hakim said he had talked through the restrictions with his counterpart.

“We discussed the unilateral economic measures taken by the US and are working with our neighbour (Iran) on them,” Hakim said.

“These failures have continued for the past 40 years and my proposal to countries (in the region) is to not bet on a losing horse,” he told reporters.

Iran’s foreign minister went on to meet Iraqi premier Adel Abdel Mahdi, who released a statement affirming: “Iraq’s policy is built on seeking the best ties with all of its neighbours.”

Zarif is expected to attend several economic forums in various Iraqi cities, including Sulaymaniyah in the Kurdish north.

While in Baghdad, he discussed numerous political and economic issues with his Iraqi counterpart including Syria and Yemen.

Hakim said Iraq was in favour of the Arab League reinstating Syria’s membership, eight years after suspending it as the conflict there unfolded.

Following Zarif’s visit, Iranian President Hassan Rouhani is also expected to travel to Iraq in the near future.

Iran is the second-largest source of imported goods in Iraq.

That dependence is uncomfortable for Washington, which sees Tehran as its top regional foe and expects Iraq to wean itself off Iranian energy resources.

But energy ties between Baghdad and Tehran appear to have remained close, with Iran’s oil minister visiting Baghdad last week to denounce US sanctions as “totally illegal”.