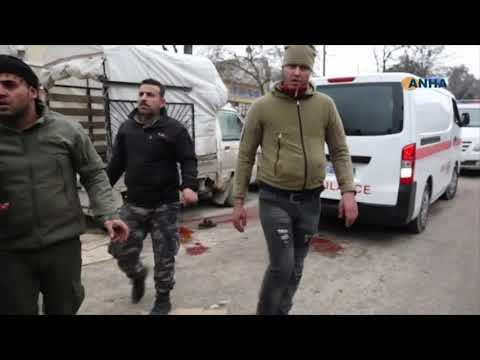 (Tomdispatch.com) – The news, however defined, always contains a fair amount of pap. Since Donald Trump’s ascent to the presidency, however, the trivia quotient in the average American’s daily newsfeed has grown like so many toadstools in a compost heap, overshadowing or crowding out matters of real substance. We’re living in TrumpWorld, folks. Never in the history of journalism have so many reporters, editors, and pundits expended so much energy fixating on one particular target, while other larger prey frolic unmolested within sight.

As diversion or entertainment — or as a way to make a buck or win 15 seconds of fame — this development is not without value. Yet the overall impact on our democracy is problematic. It’s as if all the nation’s sportswriters obsessed 24/7 about beating New England Patriots coach Bill Belichick.

In TrumpWorld, journalistic importance now correlates with relevance to the ongoing saga of Donald J. Trump. To members of the mainstream media (Fox News, of course, excepted), that saga centers on efforts to oust the president from office before he destroys the Republic or blows up the planet.

Let me stipulate for the record: this cause is not entirely meritless. Yet to willingly embrace such a perspective is to forfeit situational awareness bigly. All that ends up mattering are the latest rumors, hints, signs, or sure-fire indicators that The Day of Reckoning approaches. Meanwhile, the president’s own tweets, ill-tempered remarks, and outlandish decisions each serve as a reminder that the moment when he becomes an ex-president can’t arrive too soon.

Hotels in Moscow, MAGA Caps, and a Nixon Tattoo

Ostensibly big stories erupt, command universal attention, and then evaporate like the dewfall on a summer morning, their place taken by the next equally big, no less ephemeral story. Call it the Michael Wolff syndrome. Just a year ago, Wolff’s Fire and Fury: Inside the Trump White House took the political world by storm, bits and pieces winging across the Internet while the book itself reportedly sold a cool million copies in the first four days of its release. Here was the unvarnished truth of TrumpWorld with a capital T. Yet as quickly as Fire and Fury appeared, it disappeared, leaving nary a trace.

Today, 99 cents will get you a copy of that same hardcover book. As a contribution to deciphering our times, the value of Wolff’s volume is about a dollar less than its current selling price. A mere year after its appearance, it’s hard to recall what all the fuss was about.

Smaller scale versions of the Wolff syndrome play themselves out almost daily. Remember the recent bombshell BuzzFeed report charging that Trump had ordered his lawyer Michael Cohen to lie about a proposed hotel project in Moscow? For a day or so, it was the all-encompassing, stop-the-presses-get-me-rewrite version of reality, the revelation — finally! — that would bring down the president. Then the office of Special Counsel Robert Mueller announced that key aspects of the report were “not accurate” and the 24/7 buzz created by that scoop vanished as quickly as it had appeared.

Immediately thereafter, Rudy Giuliani, once “America’s mayor,” now Trump’s Barney Fife-equivalent of a personal lawyer, announced on national television that he had never said “there was no collusion” between the Trump campaign and Russian authorities in election 2016. Observers on the lookout for the proverbial smoking gun quickly interpreted that odd formulation as an admission thatcollusion must, in fact, have occurred.

The headlines were thunderous. Yet within hours, the gotcha-interpretation fell apart. Alternative explanations appeared, suggesting that Giuliani was suffering from dementia or that his drinking habit had gotten out of hand. With the ex-mayor wasting little time walking back his own comment, another smoking gun morphed into a cap pistol.

Fortunately for what little survives of his reputation, Giuliani’s latest gaffe was promptly eclipsed by video clips that seemed to show white students from an all-boys Catholic high school in Kentucky (Strike One!) who had just participated in the annual March for Life in Washington (Strike Two!) and were taunting an elderly Native American Vietnam War veteran using Tomahawk chops while sporting MAGA hats on the steps of the Lincoln Memorial (Strike Three!).

The ensuing rush to judgment became a wind sprint. Here was the distilled essence of every terrible thing that Donald Trump had done to America. The pro-Trump baseball caps said it all. As a columnist in my hometown newspaperput it, “Like a white hood, that cap represents a provocation and a threat: ‘You know where we stand. You’ve been warned. And the president of the United States has our back.’ And, yes, I do equate MAGA gear with traditional Klan attire. The sartorial choices change, the racism remains the same.” For those too obtuse to grasp the underlying point, the title of the essay drove it home: “White America, come get your children.”

As luck would have it, however, the events that actually unfolded on the steps of the Lincoln Memorial turned out to be more complicated than was first reported. No matter: in TrumpWorld, all sides treat facts as malleable and striking the right moral posture counts for far more than balance or accuracy.

Anyway, soon after, with news that Trump confidant Roger Stone had been indicted on various charges, the boys from Covington could return to the obscurity from which they briefly emerged. To judge from the instantaneous media reaction, Stone’s first name might as well have been Rosetta. Here at last — for sure this time — was the key to getting the real dirt.

Rest assured, though, that by the time this essay appears, Stone and his Richard Nixon tattoo will have been superseded by yet another sensational Trump-related revelation (or two or three).

And so it goes, in an endlessly churning cycle: “breaking news” goes viral; commentators rush in to explain what-it-all-means; the president himself retaliates by lashing out on Twitter (“The Greatest Witch Hunt in the History of our Country!”), much to the delight of his critics. This tit-for-tat exchange continues until the next fresh tidbit of “breaking news” gives the cycle another vigorous turn.

When Does a Hill of Beans Become a Mountain?

Do all of the words spoken or written result in citizens who are better informed and better able to reach sensible conclusions about the global situation in which our country finds itself? Not as far as I can tell. Granted, if I spent more time watching those gabbling heads on CNN, MSNBC, and Fox News, I might feel differently. But I doubt it.

Still, having been involuntarily shanghaied into TrumpWorld, I worry that my fellow citizens are losing their ability to distinguish between what truly matters and what doesn’t, between what’s vital and what’s merely interesting. True, Donald J. Trump has a particular knack for simplifying and thereby distorting almost any subject to which he gives even the slightest attention, ranging from border security to forest management. Yet almost everywhere in TrumpWorld, this very tendency has become endemic, with nuance and perspective sacrificed to the larger cause of cleansing the temple of the president’s offending presence. Nothing, it appears, comes close to the importance of this effort.

I admit to a preoccupation with the nation’s seemingly never-ending armed conflicts. These days it’s not the conduct of our wars that interests me — they have become all but indecipherable — but their duration, aimlessness, and cumulative costs. Yet even more than all of these, what’s fascinating is the way that they continue more or less on autopilot.

I don’t wish to imply that political leaders and media outlets ignore our wars altogether. That would be unfair. Yet in TrumpWorld, while the president’s performance in office receives intensive and persistent coverage day in, day out, the attention given to America’s wars has been sparse and perfunctory, when not positively bizarre.

As a case in point, consider the op-ed that recently appeared in the New York Times (just as actual peace talks between the U.S. and the Taliban seemed to be progressing),making the case for prolonging the U.S. war in Afghanistan, while chiding President Trump for considering a reduction in the number of U.S. troops currently stationed there. Any such move, warned Michael O’Hanlon of the Brookings Institution, would be a “mistake” of the first order.

The ongoing Afghan War dates from a time when some of today’s recruits were still in diapers. Yet O’Hanlon counsels patience: a bit more time and things just might work out. This is more or less comparable to those who suggested back in the 1950s that African Americans might show a bit more patience in their struggle for equality: Hey, what’s the rush?

I don’t pretend to know what persuaded the editors of the Times that O’Hanlon’s call to make America’s longest war even longer qualifies as something readers of the nation’s most influential newspaper just now need to ponder. Yet I do know this: the dearth of critical attention to the costs and consequences of our various post-9/11 wars is nothing short of shameful, a charge to which politicians and journalists alike should plead equally guilty.

I take it as a given that President Trump is an incompetent nitwit, precisely as his critics charge. Yet his oft-repeated characterization of those wars as profoundly misguided has more than a little merit. Even more striking than Trump’s critique is the fact that so few members of the national security establishment are willing to examine it seriously. As a consequence, the wars persist, devoid of purpose.

Still, I find myself wondering: If a proposed troop drawdown in Afghanistan qualifies as a “mistake,” as O’Hanlon contends, then what term best describes a war that has cost something like a trillion dollars, killed and maimed tens of thousands, and produced a protracted stalemate?

And, if recent press reports prove true, with U.S. government officials accepting Taliban promises of good behavior as a basis for calling it quits, then this longest war in our history will not have provided much of a return on investment. Given the disparity between the U.S. aims announced back in 2001 and the results actually achieved, defeat might be an apt characterization.

Yet the fault is not Trump’s. The fault belongs to those who have allowed their immersion in the dank precincts of TrumpWorld to preclude serious reexamination of misguided and reckless policies that predate the president by at least 15 years.

Andrew Bacevich is a TomDispatch regular. His most recent book is Twilight of the American Century, published by the University of Notre Dame Press.

AP: “US military says US troops killed in Syria blast”