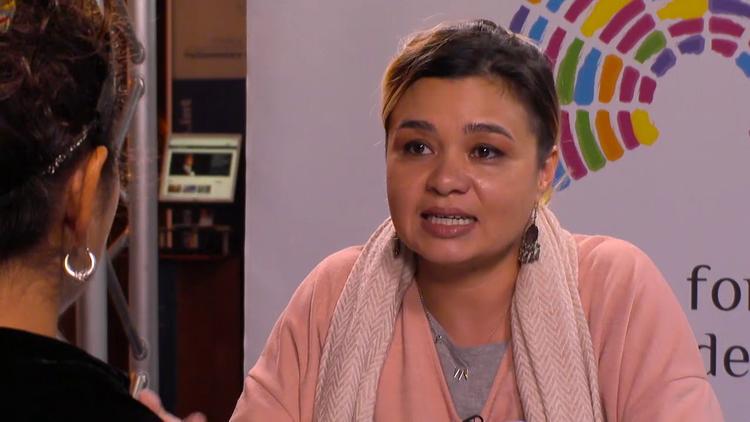 (OpenDemocracy.net) – From France to Malaysia, Muslim women’s rights activists are challenging those who ask them to ‘choose between being a Muslim and a feminist’.

“Muslim women are stuck between Islamophobes on the one hand and Islamic fundamentalists on the other”, Suri Kempe, an outspoken rights activist from Malaysia, told a packed room at the Council of Europe late last year.

“For too long”, she said, “Muslim women who have demanded reform to discriminatory laws and practices” have been accused by other members of their own communities “of being westernised elites, anti-Islam, anti-sharia, people who have deviated from our faith”.

At the same time, “in Europe, we’re seeing rising right-wing populism”, along with “nationalist sentiment and xenophobia”. Kempe pointing to Islamophobic claims to care for the rights of “poor Muslim women” and “hysteria” over “is sharia [law] going to take over”.

Amidst these dynamics, she warned, it’s ultimately “women and the most marginalised, who are pushed into smaller and smaller spaces”.

Kempe made these comments at the Council of Europe’s annual World Forum for Democracy (WFD) in Strasbourg, France. She spoke on a panel at the gender equality-themed event which asked: “Can women gain greater power in religious communities?”

She described how women’s rights advocates need to engage with communities and individuals working from within religious frameworks as “a way out of this deadlock” which leaves Muslim women squeezed between Islamophobia and fundamentalism.

But one of the key challenges, she said, is that many human rights activists and western feminists see religion as an inherently patriarchal construct.

There are “valid concerns” about the power held by religious institutions, she said. But, refusing to work with Muslim feminists ironically leaves “wide open the most conservative within the Muslim community to define what Islam is… what makes a good Muslim woman, a good Muslim wife and so on”.

Religion has “a huge influence on public policy and personal laws”, that affect the lives of women, Kempe added. “To continue to willfully ignore it… [is] irresponsible and self-defeating”.

“Religion has a huge influence on public policy and personal laws. To willfully ignore it is irresponsible and self-defeating”

Kempe works at Musawah, a global organisation promoting women’s equality in Muslim family laws. The group is also part of the Observatory on the Universality of Rights (OURs) project that is monitoring the international backlash against sexual and reproductive rights.

At the WFD I also met Hiba Latreche, an activist with the Forum of European Muslim Youth and Student Organisations (FEMYSO).

She referred me to 2016 research from the Collective Against Islamophobia in France that found women comprised 82% of the victims of Islamophobic acts, from hate speech to physical violence.

She also described a “hysteria” around the hijab in France. In May 2018, for example, student Maryam Pougetoux wore a headscarf on national TV and received a tirade of online abuse – while the equality minister Marlene Schiappa argued it was a “form of promotion of political Islam”.

“She doesn’t have the same rights. We only have one specific view of how a woman should be and how she should be emancipated”

Latreche said Pougetoux’s case shows that “we only have one specific view” of “how a woman should be and how she should be emancipated”. Wearing a hijab, “she is not considered a woman, she doesn’t have the same rights”.

During one of the forum’s plenaries, Latreche and fellow FEMYSO activists challenged the French political advisor Claude Chirac after she spoke about positive strides made toward gender equality in France over the past decade.

Chirac had cited an increase in the number of women leaders. But FEMYSO activists felt her comments were focused on the successes of white women, while sexism against Muslim women was more pervasive than ever in France.

Latreche told me Chirac failed to fully address their concerns: “she just sloped around the subject” and “went on about assimilation”.

The activist added: “Even when we try to address this problem at a gender equality event, no one wants to deal with it”.

Kempe agreed that there had been “some interesting tensions” at the forum.

She referenced “comments… about how feminism might not necessarily be compatible with faith”. Though, she added: “I’m really glad to see that these questions are being asked, as it gives me hope that we’re actually looking at further deepening unpacking of the issues”.

The significance of this work, challenging both Islamophobia and Islamic fundamentalism, was also recognised by forum participants. Musawah was shortlisted into the final three for the Council of Europe’s 2018 Democracy Innovation Award, which participants voted on.

On the panel about women’s power in religious communities, Kempe argued that Islamophobia in Europe, “is not about religion”. Rather, it “is about politics, privilege and power”. Her defiance amidst these dynamics drew loud applause.

“We refuse to be cornered”, she said, “having to choose between Islam and human rights, between being a Muslim and a feminist. These choices are false binaries… to divide us for a political purpose for an ideological project”.

“We represent what it means to be Muslim in the 21st century”.

openDemocracy: “‘Muslim women are stuck between Islamophobes and Islamic fundamentalists’’

Nandini Archer is 50.50’s editorial and social media assistant. She is an active member of the feminist direct action group Sisters Uncut. She also works with the International Campaign for Women’s Right to Safe Abortion and Overseas Development Institute in London. Follow her on Twitter @nandi_naira.