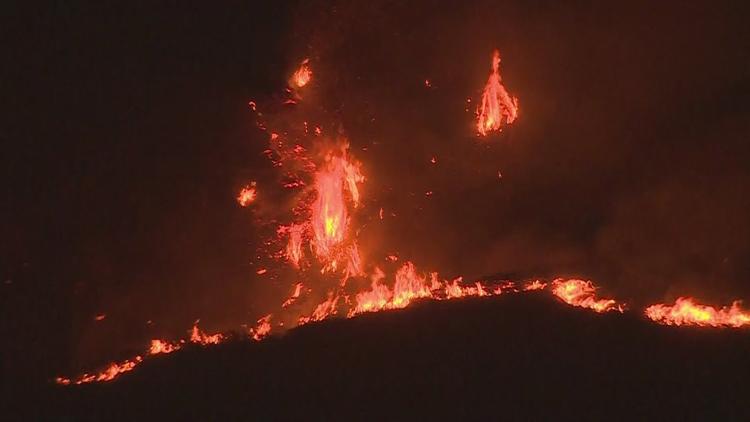 Paris (AFP) – As western Europe enjoys record highs for winter temperatures, southern parts of the continent are being hit with snow flurries.

What is going on with the weather, and how closely are the topsy-turvy temperatures linked to climate change?

On Monday Britain saw its hottest winter day on record, with the mercury in the Welsh village of Trawsgoed hitting 20.6 Celsius (70 Fahrenheit).

It was, according to the Met Office, the first time that temperatures had exceeded 20C on the British mainland in winter.

“This is unprecedented… in Wales, 20.6C is like the middle of summer,” said Etienne Kapikian, a forecaster with the Meteo-France weather service.

On Tuesday the record was broken again with the Met Office reporting 21.2C at Kew Gardens in West London.

At the same time, temperatures plunged around the Mediterranean. At Thessaloniki in Greece, it hovered at around 3C and has even had snow. Northwest Turkey also saw wintery flurries.

The culprits, according to Kapikian, are areas of low pressure over the Atlantic and Eastern Europe, trapping warm air over the northwest of the continent.

As warmer air from southern Europe is dragged northwards, there is a corresponding flow of cold air pulled down from the Arctic, resulting in unusually low temperatures in the eastern Mediterranean.

Kapikian said the near-record warm spell would persist across much of the west of the continent until Wednesday.

But where does weather end and climate begin?

While scientists are reluctant to attribute individual weather fronts such as heatwaves and droughts directly to climate change, there is little doubt that such events are getting more frequent as our planet heats.

“This is one of the clearest signs of climate change that we have seen, that winter temperatures are increasing and the likehood of very warm days in winter has increased quite a lot,” Friederike Otto, a researcher at the Environmental Change Institute at Oxford University, told AFP.

“The fact that spring starts much earlier is one of the very obvious signs of climate change that we see.”

The last four years have been the hottest on record, with 2018 ending as the fourth-hottest year ever, according to the United Nations.

Last year alone saw devastating forest fires in Greece and California, a succession of superstorms in the Atlantic and Pacific oceans, and record-breaking drought in Australia.

While being able to step out in a T-shirt in February might sound nice, scientists warn that the record temperatures might be a dangerous sign of things to come later in the year.

“This is related to the warming of the globe which increases the probability of such a warm weather strongly.

“We can find this weather early in the season very pleasant, but if this type of meteorological conditions occur in mid-summer, there can be very high impact on society,” said Coumou.

The UN said Tuesday there was a 50-60 percent chance that 2019 would be an El Nino year, which could trigger further rises in temperatures and rainfall.